Western New York is more slush than sand beaches this time of year but inside many local bars, tropical sensations are just a sip away. Carved ceramic mugs, garish garnishes and two handfuls of ingredients indicate that tiki is in the house.

Tiki, as we know it today started 80 years ago with Don the Beachcomber in Hollywood. The restaurant was founded by Ernest Raymond Beaumont Gantt, who later legally changed his name to Donn Beach.

Gantt had traveled the Caribbean and South Pacific as a youngster, and later devised the idea of making drinks from rum, syrups and fruit juices, based loosely on Cantonese, Hawaiian and Polynesian flavors. Today, the style is applied to rum as well as other spirits, often served with an ornate garnish.

Rachel Wright of Mes Qué (1420 Hertel Ave.) uses tiki techniques in a number of her cocktails. All creations at the soccer bar are deeply influenced by not only history, but the spirit of the drinking experience.

“Tiki [originally] acted as a type of escapism. Tiki is not just a pop culture movement. It’s a way of life,” Wright said. “Romanticized visions of Polynesian culture and easy living translated to cocktails of grandeur – pairing exotic tropical flavors with unexpected spices and over-the-top garnishes. I think people are drawn to this movement because it … represents romantic visions of tropical isles – an escape from everyday life.” 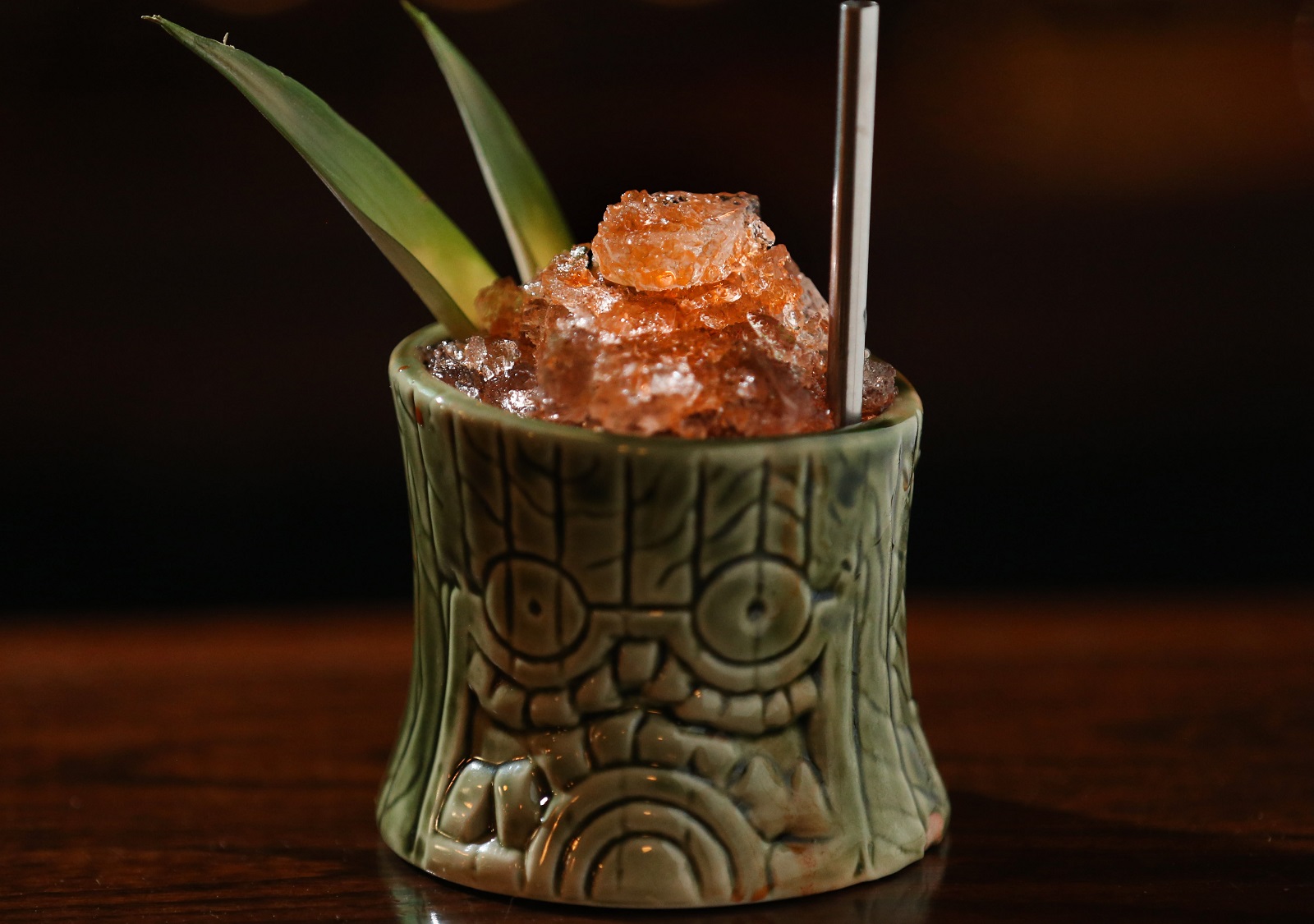 The revived tiki trend has been burning slowly for the last decade or so. It has been popularized by bars like Three Dots and a Dash in Chicago, Hale Pele in Portland, Ore. and Smuggler’s Cove in San Francisco.

Jeff “Beachbum” Berry released “Potions of the Caribbean: 500 Years of Tropical Drinks and the People Behind Them” in 2013, which has since become a seminal tome on the history, culture and creation of tiki-style cocktails. Many bartenders find inspiration in Berry’s recipes, including tiki creations with not only rum, the classic base spirit, but whiskey, bourbon and a host of other spirits.

Nicholas O’Brien of Craving (1472 Hertel Ave.) uses the style to enhance the differences of spirits, but also loves the way the vast canon of rum blends together.

“The great thing about layering in tiki is being able to pool together all the different elements of different rums. And they really do differ,” he explained. “An agricole is a markedly separate beast from an overproof Jamaican and that from a demerara rum. It's only recently that you've seen bartenders mixing different whiskeys to get an accumulative flavor.” 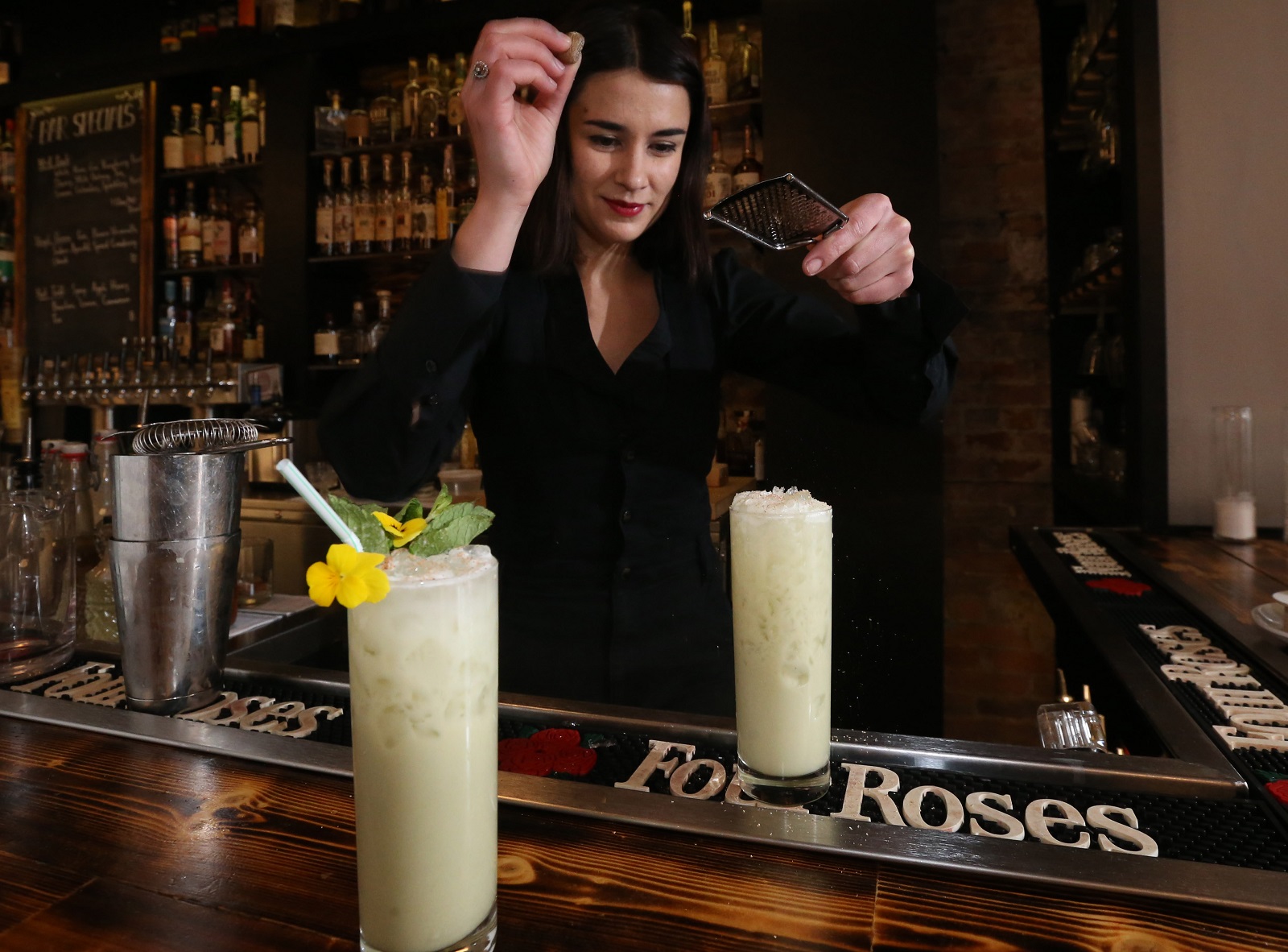 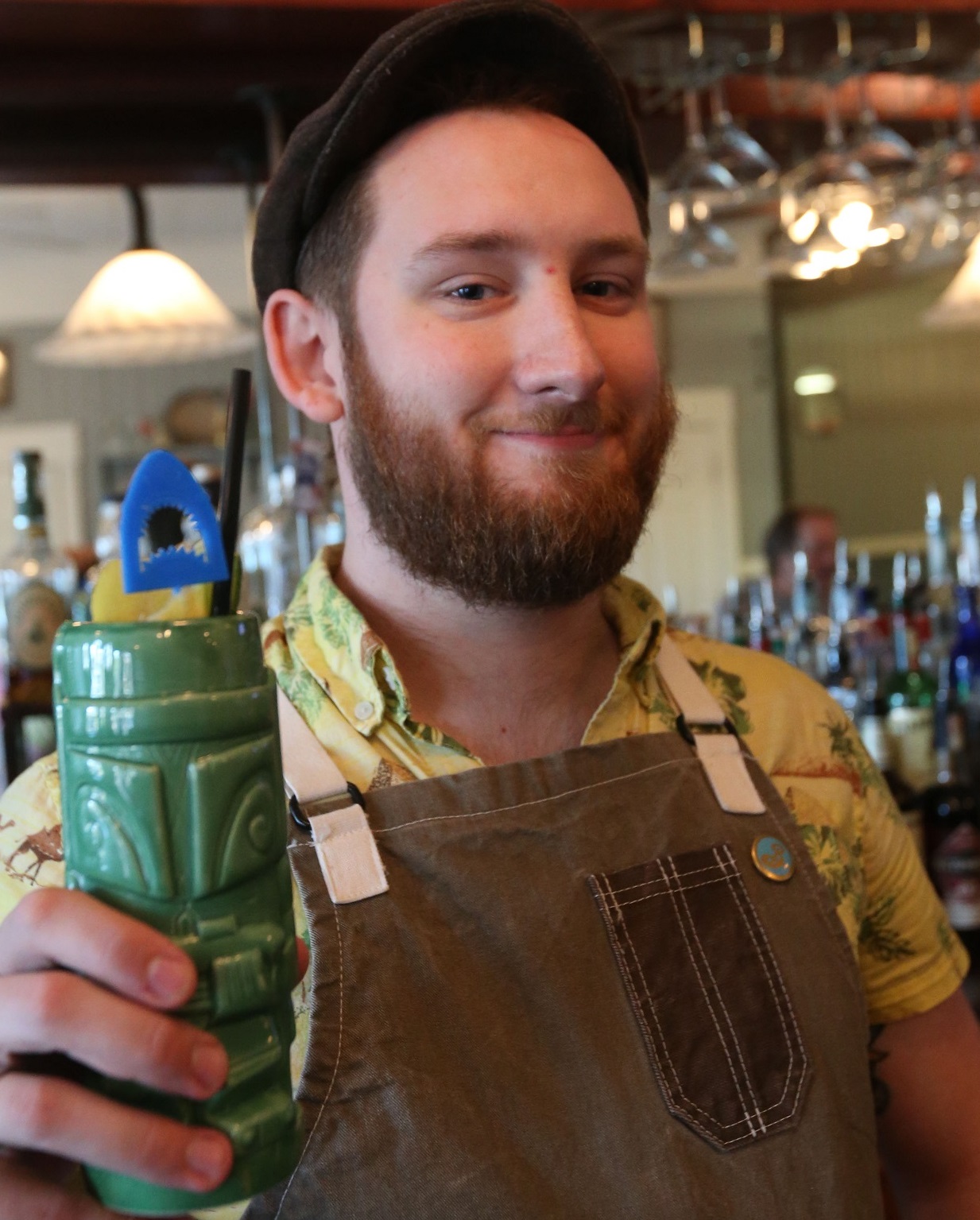 “We use the technique of layering flavor through splitting spirits, or using two or more spirits as the base of the cocktail, which sometimes is taken further with a spirit infusion,” she explained.

“It’s a great way of adding complexity by bringing forward certain qualities of an ingredient and complementing those elements with some other subtle character.”

O’Brien usually has a few tiki drinks on his cocktail list because he “loves making and drinking them."

“It's great when a guest orders a drink, not knowing it's a tiki, and are blown away by some giant, elaborately decorated cocktail in a fancy mug,” O’Brien said. “I put a Mai Tai on my list of classics purely so that I could have that made to Trader Vic's original recipe anytime I wanted.”

Wright said she likes the style for both summer and winter offerings.

“In the summer, the bright fruit flavors and sweetness of rums render well and on the other side, the depth of flavors and spices and heat from the layers of alcohol make for a warming winter imbibe,” she said. “We try to pair unexpected flavors with bright, sometimes exotic spices and many of them have complex layers. 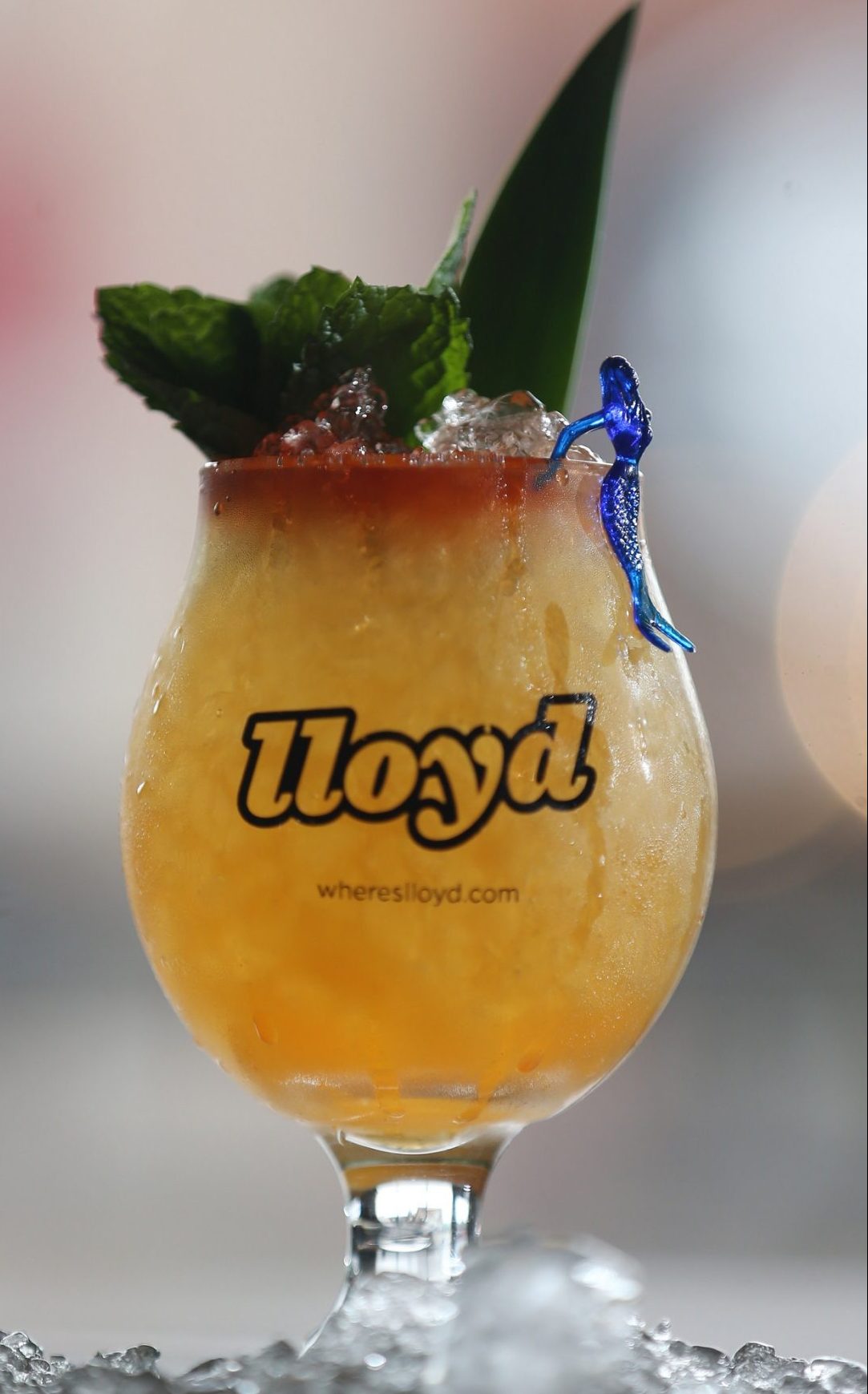 “There are definitely times where people may be a little overwhelmed with the number of ingredients in some of our cocktails,” Wright confessed. Many of Mes Qué’s drinks have a handful and change.

“When we create these drinks, the ingredients are meant to support each other and allow for complex depth and profile.”

Yuri Polyachenko of Lloyd Taco Factory (1503 Hertel Ave.) knows all about that complexity. One of Lloyd’s most popular cocktails is the Nautical Disaster, a layered rum creation inspired by the "Navy Grog,” which uses three styles of rum. And at the popular taco outpost, it’s all about complimenting those stuffed tortillas.

“Besides Mezcal and Tequila, rum and tacos pair really well together,” Polyachenko noted. “The complexity and creativeness that you can get away with is where it becomes really fun. Guests really enjoy watching the process when building these drinks.”

Lee said she likes the flexibility tiki adds, too, especially when toning down otherwise booze-heavy drinks. “We use tiki elements of nut and warm-spiced syrups as sweeteners,” she said.

At the revamped Pasion, the classic Mai Tai layers Jamaican and French rums with fresh citrus. The bar also utilizes the technique across its largely tropical menu.

At Winfield's, the Bali Dramnation is a popular tipple made with bar manager Tom Daulton's own housemade shrub.

Several other drinks on his highly seasonal menu also feature tiki stylings, including the new RX Queen. If local menus are any indication, Tiki does not seem to be going anywhere, especially as the chill in the air calls for warmth in the belly. 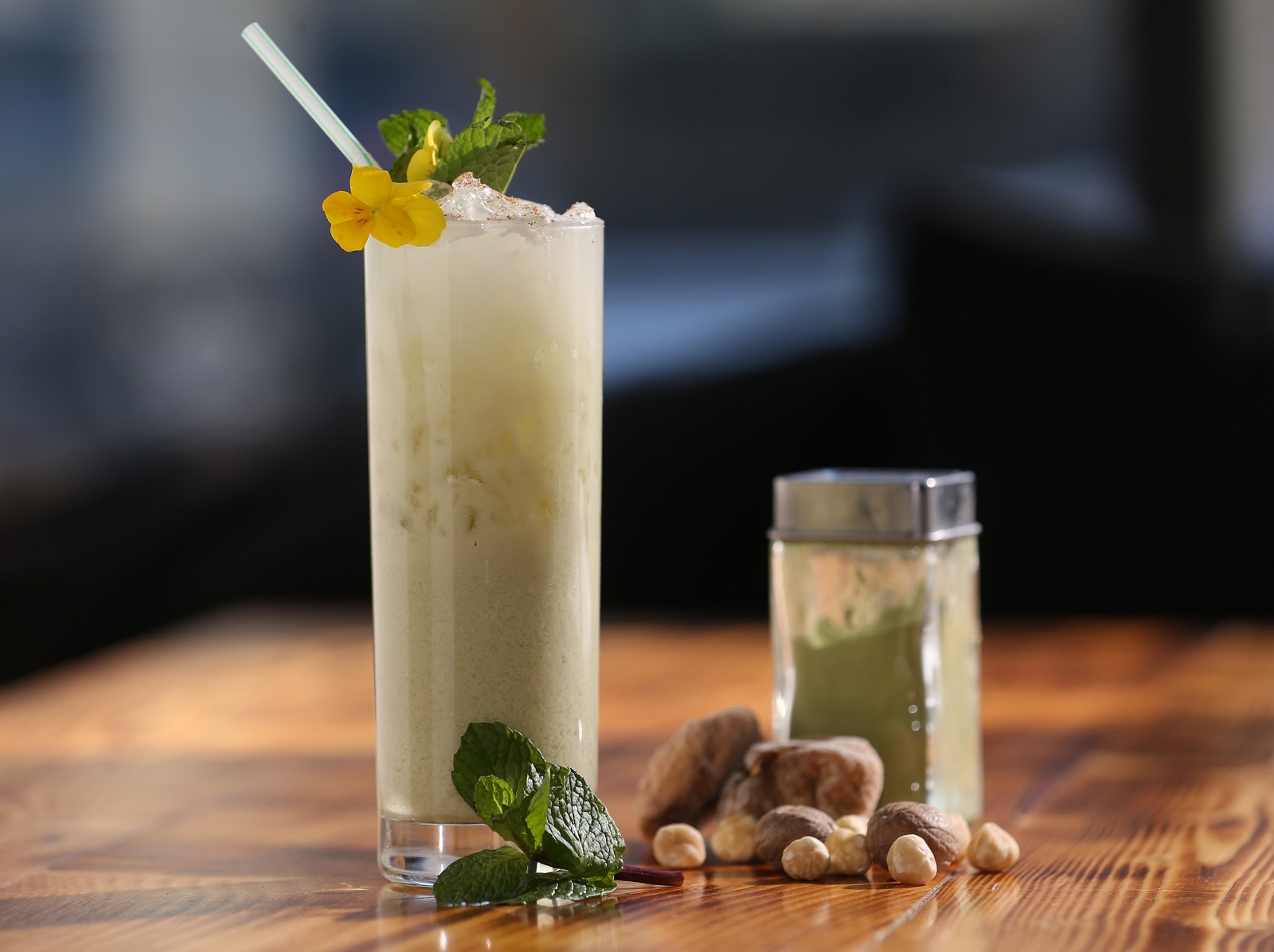 “Buffalonians seem to have an openness to trying new things,” Lee said. “The tiki style provides an allowance to create drinks that can be a little less rigid and more complex. In that way [bartenders can] be more creative and have a little more fun.”

“It's easy to see why people are enjoying tiki-inspired cocktails, especially in Buffalo,” Polyachenko said. “They begin to taste flavors that they can't quite put their finger on. The first sip of one brings this warmth that transports you away for a brief moment, which is great during these Buffalo winters.”