Wanted: A city of movie buffs. Must be rich in history, have Hollywood ties and be worthy of shining in the spotlight. A functioning movie palace of yesteryear is a must. Contact Turner Classic Movies.

When TCM reached out recently to its Backlot fan club members for recommendations of a city to host a big event, it was exciting to see Buffalo met its requirements. So it's time to #TCMinBuffalo.

We are more than chicken wings and walls of snow. We are home of the 1901 Pan-Am Exposition and Frank Lloyd Wright masterpieces; the birthplace of famous entertainers and two presidents and location for hundreds of movies. And that one historic movie palace you need? We have six grand and glorious options for you – all still operating, all built between 1920 and 1926 and all ready to welcome a full house of movie fans, local celebrities and athletes (we're looking at you, Bills fan Ben Mankiewicz) and TCM hosts to share a love of classic films.

For more than a century, Buffalo has been a popular film location from the early Edison short films made here between 1896 and 1904; to battle scenes re-created at Curtiss-Wright Corp. for John Wayne’s “Flying Tigers”; and in more recent years, scenes for "Planes, Trains & Automobiles," "Best Friends," "Bruce Almighty" and "The Savages."

The wondrous Niagara Falls has roared to life alongside such co-stars as Marilyn Monroe and Joseph Cotten in the thriller “Niagara,” Christopher Reeve in “Superman II” and even the “Sharknado” gang.

When filmmakers scouted locations for what has become the modern classic “The Natural” - a TCM staple - they fell in love with our rich 1930s architecture and moved the entire production here. That same architecture was perfect for the filming of the Thurgood Marshall biopic "Marshall" which was filmed entirely in Buffalo in 2016. 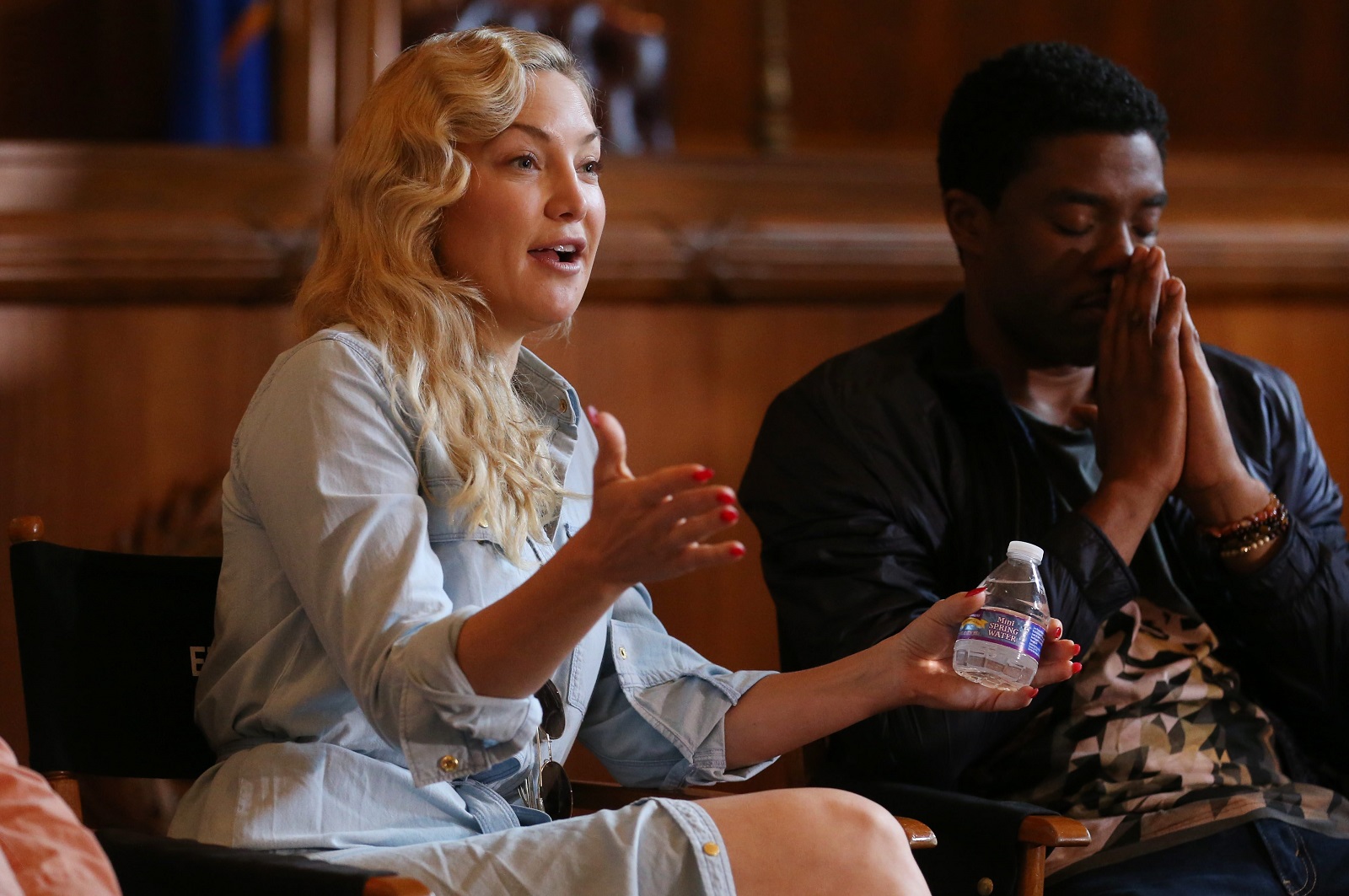 Kate Hudson, left, had nothing but good things to say about Buffalo during her time shooting "Marshall." (Sharon Cantillon/Buffalo News)

You want stars? The queen of comedy, Lucille Ball, was born down the road in Celoron, near Jamestown which is now home of the Luci-Desi Museum and Center for Comedy. We are the birthplace of James Whitmore; child actress Gloria Jean; Irene Rich, who starred in eight films with Will Rogers; Amanda Blake, once called the "young Greer Garson" but forever known as Miss Kitty from "Gunsmoke"; Dick Shawn, whose hilarious hip-cat dance in "It's a Mad, Mad Mad World" is ingrained in our minds.

Let's not forget H. Bruce Humberstone. This Buffalo native's long resume not only includes directing several "Charlie Chan" films, but he was one of the founders of the Director's Guild of America. 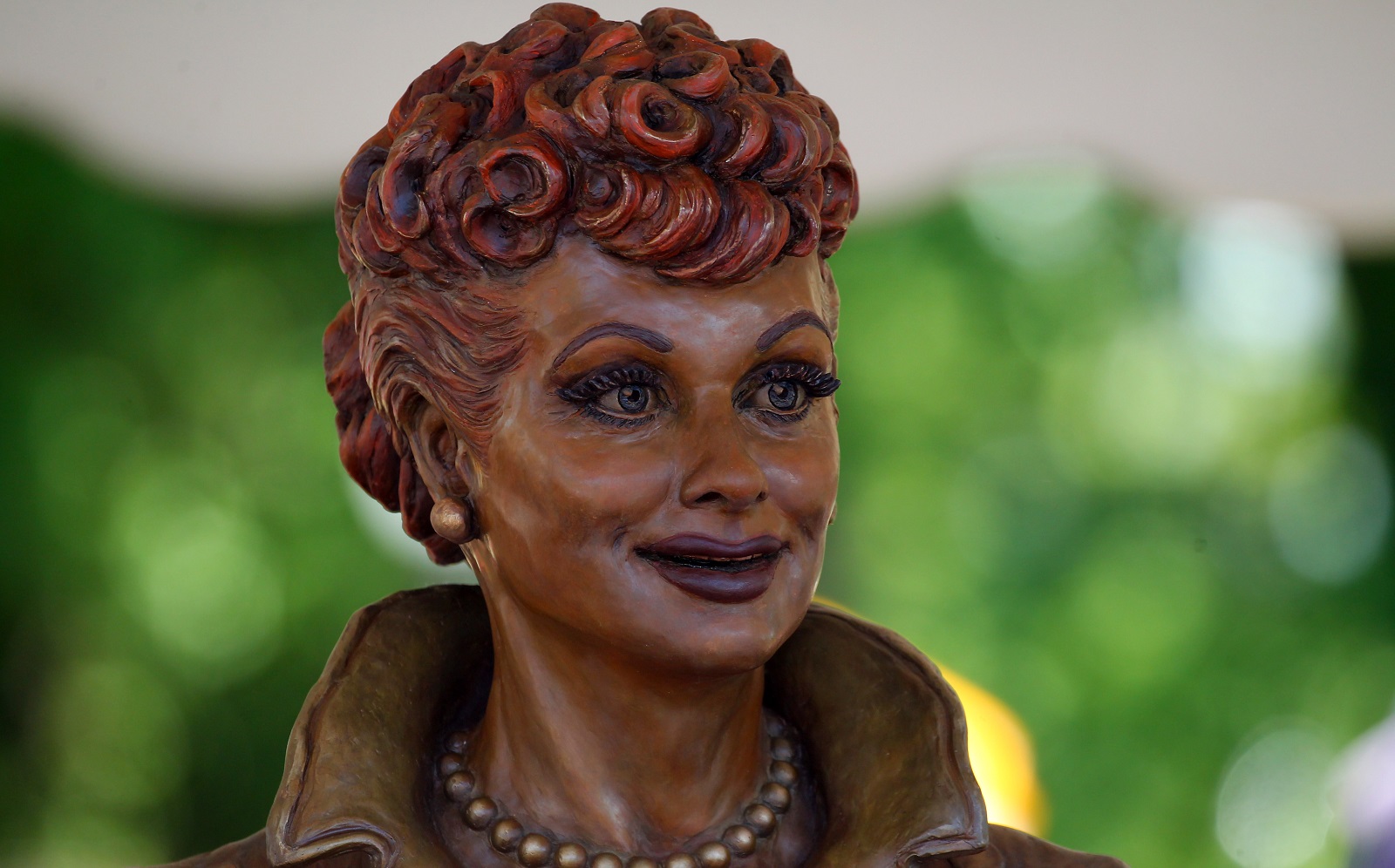 A second statue of Lucille Ball in Celoron was a better representation of the celebrity. (Mark Mulville/Buffalo News)

Try to imagine "The Wizard of Oz" without the music. It's inconceivable. So thank Buffalo's Harold Arlen for writing the timeless music to that film as part of his vast repertoire of more than 400 songs including another  song made by popular by Judy Garland: the heartbreaking "The Man That Got Away."

We watch classic films on big screens through multiple community events. The Buffalo Film Seminars, an outgrowth of a film class at the University at Buffalo, has had years of sold-out screenings since it debuted with "The Public Enemy" in 2000. (BFS gave me the chance to finally able to see "Laura" and "Sunrise" on the big screen.) The silent films often have organ accompaniment; there always is lively discussion. The professors who lead the series - Bruce Jackson and Diane Christian - would make fantastic guests hosts on TCM.

Cultivate Cinema Circle is a newer series created by movie fans and critics Jordan M. Smith and Jared Mobarak to do exactly what its name suggests: nurture a local film culture. It is succeeding through a strong, eclectic program of classics, independent films and movies from around the world.

Buffalo movie lovers would be at a loss without the Clement family, independent theater owners here since the 1980s. The six local Dipson Theatre complexes show first-run films, but have always showcased classics and art house programming, bringing movies here that otherwise would have passed us by. 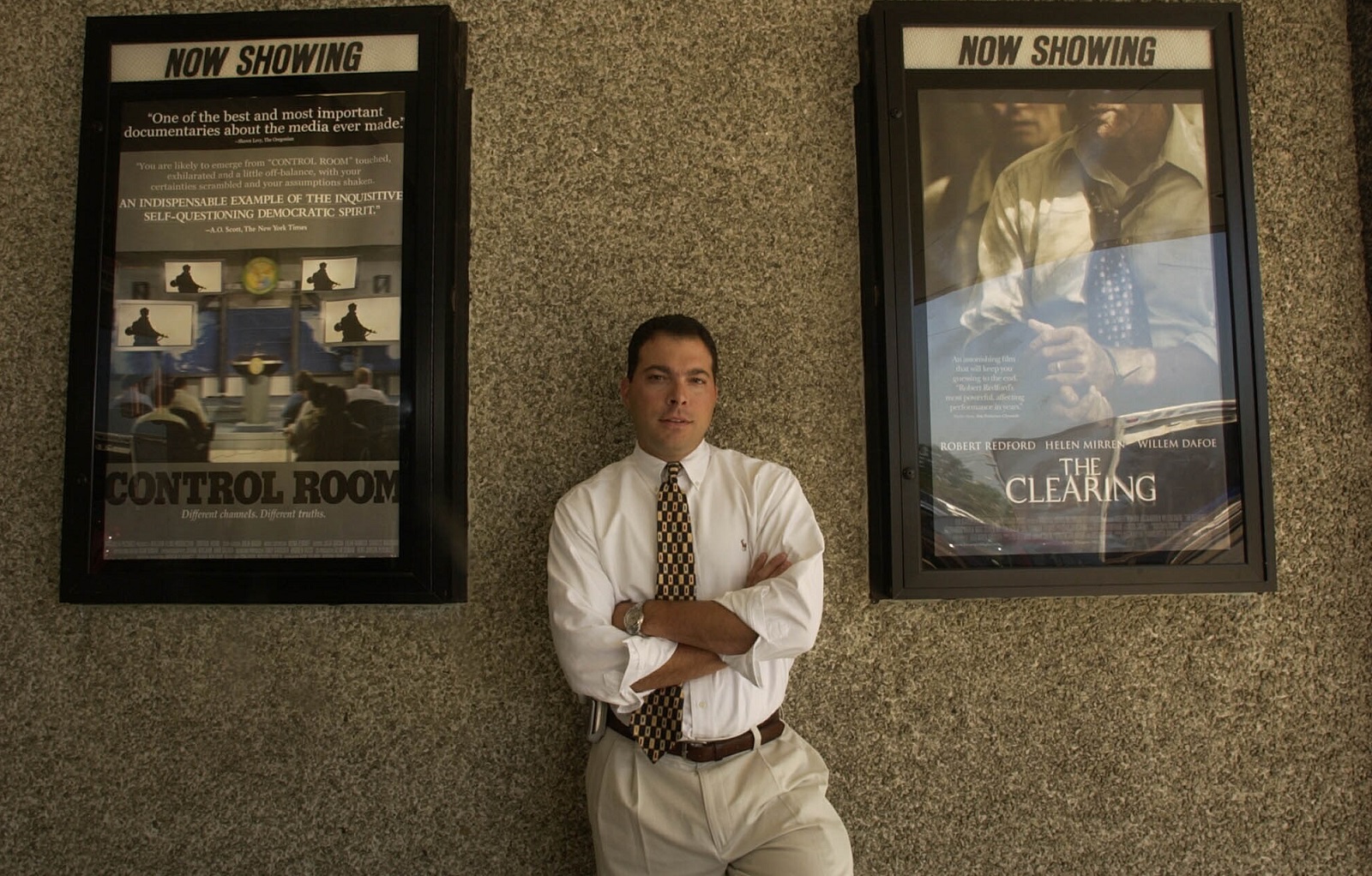 But let's get to the real showstopper. A requirement of TCM's visit is a historic movie theater. Any one of our six movie palaces would be perfect to host your event. It would be magical to see a classic movie in a theater that could have shown the film during its original run.

The largest is Shea’s Performing Arts Center, a glorious 3,000-seat venue listed on the National Registry of Historic Places. Designed by Louis Comfort Tiffany, it opened as a silent movie house on Jan. 16, 1926 with “The King on Main Street" starring Adolphe Menjou and Bessie Love. Today it is home to national tours of Broadway plays and musicals, concerts, special events and movies. 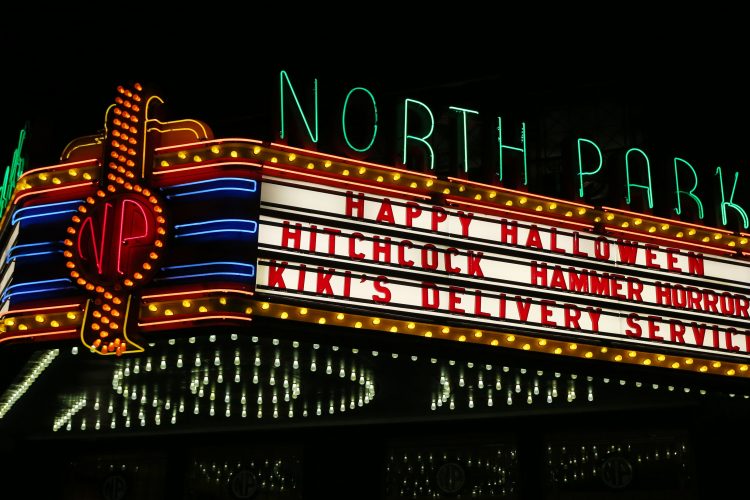 Our North Park Theatre is a neoclassical gem with leaded glass windows, art deco sconces, chandeliers and Italian marble floors found under old carpeting during a recent renovation. Opened in 1920, it is a vital part of the thriving North Buffalo neighborhood.

Cecil B. DeMille sent a letter of congratulations for the opening gala of the Riviera Theatre in North Tonawanda (then the Twin Cities Rivera) on Dec. 26, 1926. The entertainment included the incomparable Norma Shearer in “Upstage” and organist Fred Meyer on the Mighty Wurlitzer. Today, the 1,100-seat theater is a multipurpose venue featuring concerts, theater and movies. 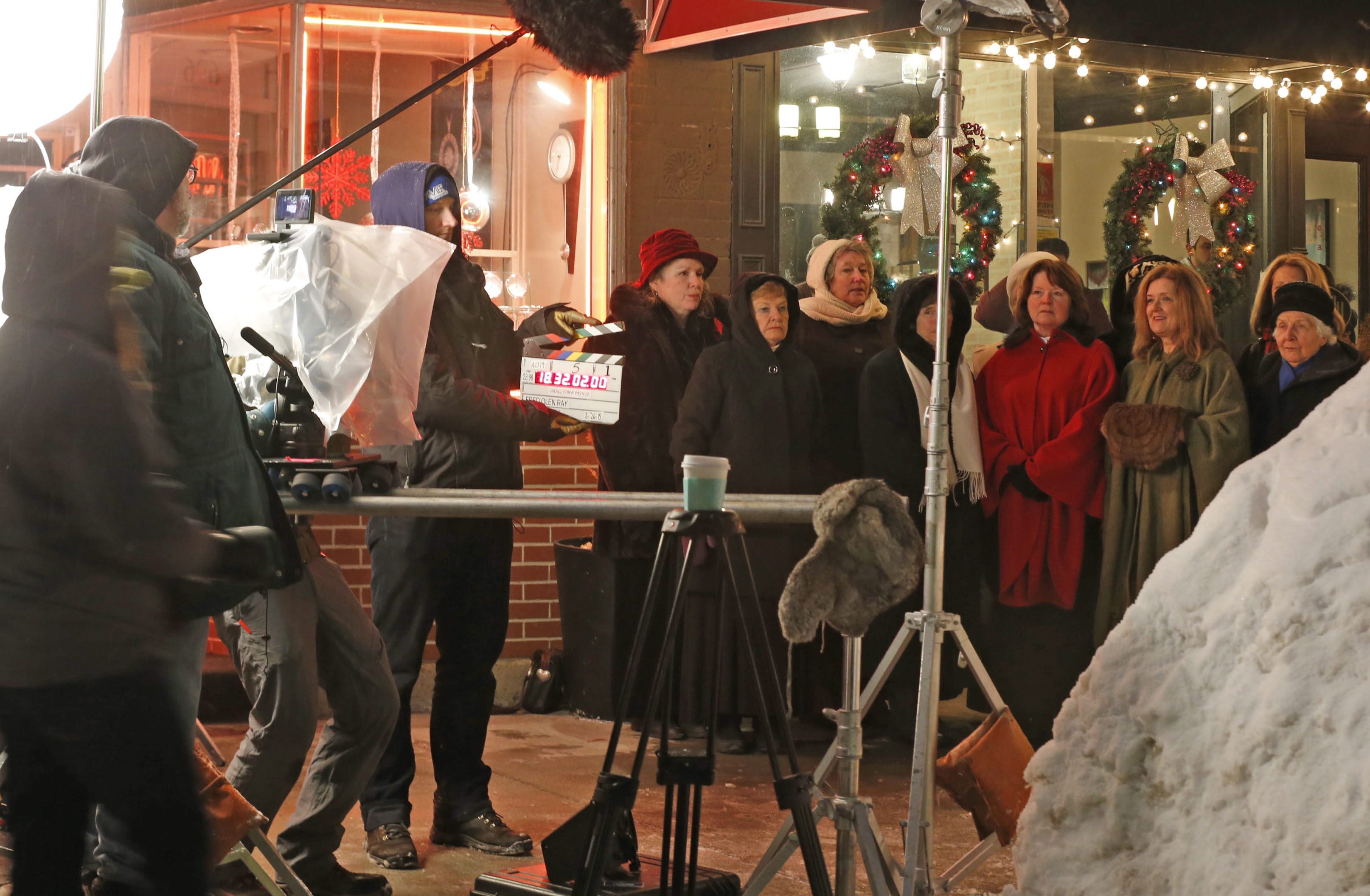 The Aurora Theatre in East Aurora is as quaint as the village it resides in. During the past few years, East Aurora has been drawing Hollywood crews eager to capture the picturesque small-town setting for holiday TV movies and the Aurora always makes an appearance. The theater screens first-run movies, family films and the classics.

Finally, we have our two Palaces. The Historic Palace Theatre in Lockport opened July 17, 1925 with "The Ten Commandments." Entertainment now includes movies, theater and music. The Hamburg Palace opened Jan. 14, 1926 with the Hal Roach comedy "His Secretary," accompanied by a  10-piece orchestra. In October, the theater treated Universal monster fans to day-long marathons of a trio of "Frankenstein" films.

So welcome, TCM. We’re Buffalo and we’re perfect for your big party. We’ll even bring the chicken wings.

Toni Ruberto is a charter member of TCM Backlot.