Being yelled at through a bullhorn at Attica State Prison.

Riding the Viper at Darien Lake five times in a row, upside down and screaming.

And, most shockingly, going to the Porter Cup in Lewiston, and enjoying it. All my life, I had laughed over this quote by the legendary newspaperman H.L. Mencken: "I would never trust a man guilty of golf." What is happening to me?

The 100 Things every Western New Yorker should do at least once, that's what.

This quirky list created by my editor, Bruce Andriatch, has been a wild ride, often literally. And more is in store between now and June, when we explore the last 25.

Is that really me, praying for snow? Last year we didn't get the right weather to go snow tubing, ice skating or tobogganing out of the chutes on Chestnut Ridge Hill -- all things that Bruce, in his wisdom, put on the list. I've never been snow tubing. Now's the time. And ice skating, when was the last time I did that? I think I used to like it. I hope I used to like it.

Which brings me to the tobogganing. It makes me nervous -- not because I have never done it before, but because I have. As a teenager, I used to go tobogganing at Chestnut Ridge with a group of friends. We loved it. We loved it so much that we would toboggan till the chutes closed, or until one of us went to the emergency room.

What will it be like, decades later, to hop on a toboggan again? To rocket down that hill? Toboggan chutes are rare, I just learned that. There are hardly any left in the country. Everyone else is too chicken to have them. What was I, when I was a kid? An idiot?

Technically, I could sit the tobogganing out. After all, these are things every Western New Yorker should do at least once, and I can already check it off the list. However, it would be contrary to the spirit of the 100 Things not to brave it again.

Study Bruce's list, as one would study any great art, and you will see that revisiting childhood has been a recurring theme. The Aquarium of Niagara, the Buffalo Zoo, the Maid of the Mist -- most of us were herded there as kids at one time or another. You experience them differently as a grown-up. You see new things.

And so far, we've been lucky. That thought fortifies me as I prepare to shoot from the chute.

Didn't the Buffalo Bills win, against the odds, the day we did Bills tailgating? The St. Bonaventure Bonnies, too, pulled off a stunning victory the night we went to see them at the Reilly Center. And when I played bingo at Blessed Trinity Church, because bingo was on the list, I was blessed with beginner's luck. I won $50. 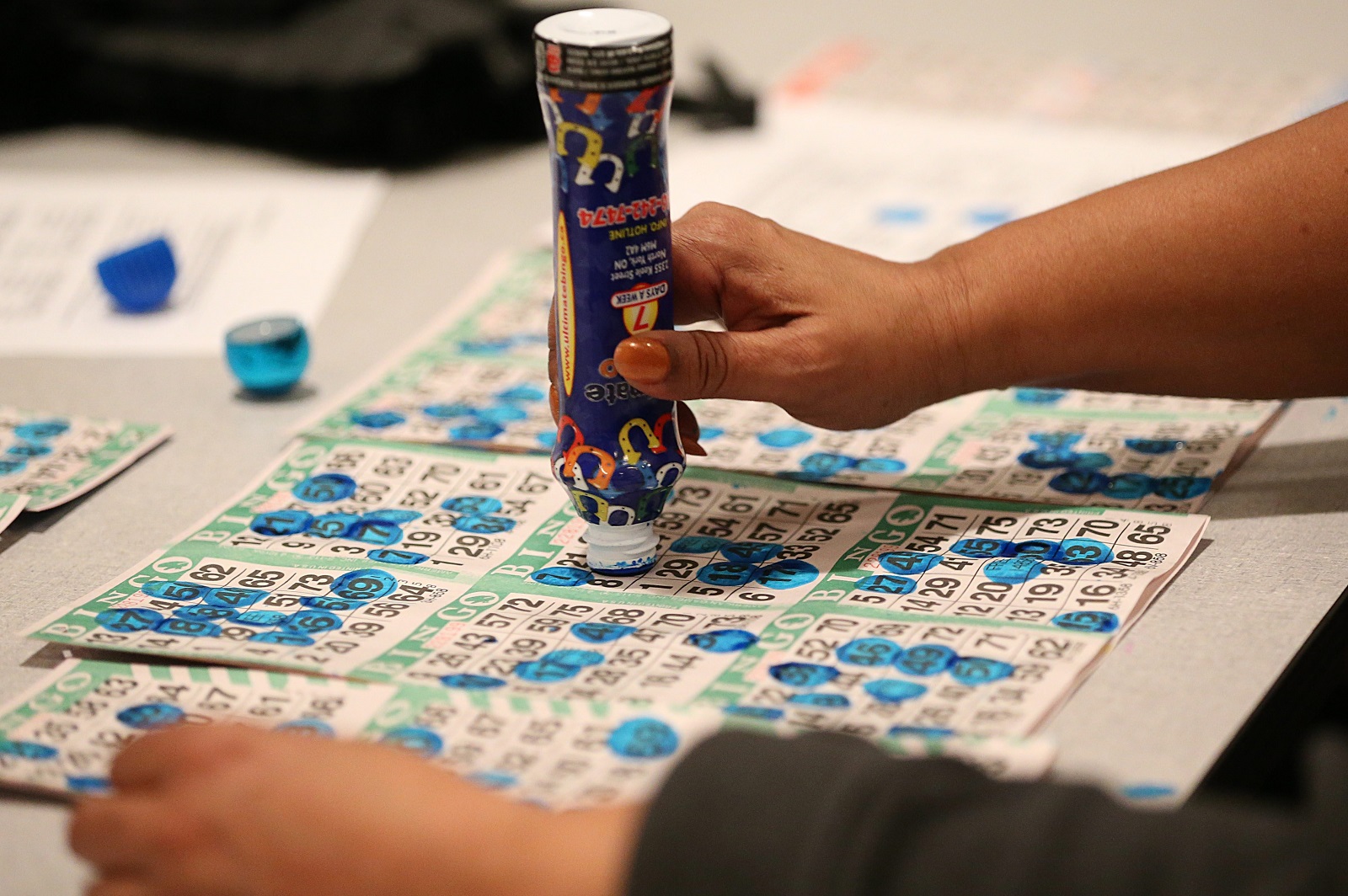 Mary Kunz Goldman reaped the rewards of beginner's luck at bingo, one of the previous stops on the 100 Things list, winning $50. (Sharon Cantillon/Buffalo News)

Surely between now and June, the sun will continue to shine on the 100 Things. We'll get the snow we need, and then we'll spring into spring, continuing on the rocky road that Bruce has laid out for us. One warm-weather pleasure, speaking of rocky road, is standing in line at Anderson's on Sheridan Drive. The list has already taken us multiple times to Sheridan -- for Ted's, Duff's, and Paula's Donuts. Who can resist circling back once again?

At Attica State Prison, don't go onto the grounds. I did, and that's why I got yelled at through the bullhorn.

At Duff's, choose wisely between Death and Suicide. And don't eat so much that you don't leave room for Anderson's.

Finally, and please listen up, because this one's important:

If you see me on Chestnut Ridge Hill, get out of my way.