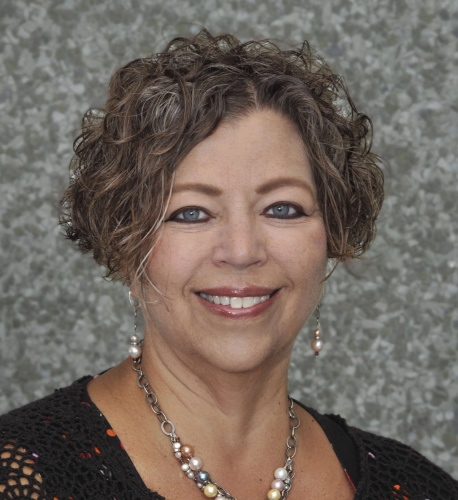 NIAGARA FALLS - When the New Year dawns many take stock of their lives - where they've been and where they want to go in the future.

But for some that task is a tough one and changing their lives may seem impossible.

For those in crisis, there is a first step - Community Missions. And its Niagara Frontier Executive Director, Robyn L. Krueger, has been working for nearly 40 years to help people like them get support and change their lives.

Krueger, 62,  was recently awarded the St. Vincent de Paul Award from Niagara University for honoring the Vincentian mission to help the poor and oppressed. In 2006 she was the recipient of the Anthony J. Cuccurullo Award for an individual working in the field of juvenile justice and in 2011 received the Niagara Award for Management from the YWCA of Niagara.

She began working for Community Missions in 1977, at age 22. She and her former husband became live-in houseparents to six adolescent males in Niagara Falls.

By 1994, she had worked her way up the administration ladder to become executive director. Krueger serves on many local, county and state committees and boards, including the Homeless Alliance of Western New York, the Juvenile Detention Association of New York State and the Niagara County Coalition of Services to the Homeless.

A resident of Lockport, Krueger was born in Michigan and grew up in Richmond, Va. She earned a bachelor's degree in psychology from SUNY Buffalo in 1985 and has completed graduate level courses in counseling and psychology at University at Buffalo.

What is the mission of Community Missions?

One of the things that is most difficult for people to understand is that we are more than just a homeless shelter. While we do provide traditional mission services, like City Missions in Buffalo or Friends of the Night People, and we do offer food and clothing, our crisis services have expanded. We offer Mark's Place specifically for individuals with AIDS. It's a place for them to come and live for a year and get their providers and physicians in order and a get a more permanent residence. There is still a lot of stigma associated with AIDS

You have to deal with a lot of stigmatized people.

Do you have other services for people?

Yes. It's not just a place to come and stay. We have case managers and staff who will work with the individuals here, regardless of the reason they are here, to ensure that if it's housing, if it's a utility problem, if it's a victim of a fire or domestic violence - we are not a domestic violence shelter, but we do provide overflow housing for the shelters already in Niagara County. We have a wide variety of reasons why people who are here are in the situations they are in.

Do you run into people who feel hopeless?

Sure. What we feel we do is to give people opportunities. It would be very easy to tell them, "Do this" or "Do that," but it's really up to the individual as to what they see as their life's goal for their future. We provide them with opportunities and options. They chose their path.

You have been a Community Missions for a long time. I would hope you see a lot of positives in what you do.

What's so interesting is that you see individuals that come here and you listen to the array of circumstances and issues that they have. Many have been beaten down, literally and figuratively. But the resilience of this population is just phenomenal. It's inspiring. These individuals put one foot in front of another and manage to go forward. You really do feel like you are making a difference here by providing opportunities. I started at the youth home and I've had kids come back and introduce me to their children. They have a permanent address, a job and a decent car. It's just so exciting. They say, "If it weren't for you I would be dead." You just never know what seeds you sow when you are here.

How did you get involved in Community Missions?

We saw an ad. I responded to an ad looking for house parents to live with kids - teen-aged boys. At the time I was married. We didn't have children of our own. I thought, "How hard could this be?" I thought it would be a reasonable fit while I was working on my bachelor's degree in psychology.

Did you plan to seek a career working for a not-for-profit like Community Missions?

Never. I got married when I was 19 - nowadays I would say what was I thinking, and we were married 20 years. We went to school together. My ex-husband was from North Tonawanda so that's why I ended up here in Niagara County. I was going to be a teacher. Never in my wildest dreams did I ever - and I don't think anyone ever does, say "Gee, I want to be the director of a not-for-profit."

Does it take a certain type of personality to make this a career?

I think you have to have a certain type of disposition to help people and helping people where they are. There are many people who don't do well in this career because they are looking to fix people. Fixing people is not what we do. Fixing people is up to the individual. We provide pathways to doing that.

With Jan. 1st here, I guess it's good to remind people that they can't make resolutions for other people, right?

You can't make people do anything they don't want to do.

So what can you do?

A lot of what we do is relationship building. You have to trust that the other person, who you are telling your story to, is interested in helping you. And then you have to take that next trust step on your own, usually with support and other people behind you to be there if you falter, but you can't do it for them. You have to point people in the right direction and you certainly don't want to be enabling. Sometimes we have to say to people, "This really isn't the program for you. We need to help you be successful somewhere else and are happy to refer you to another organization. Or maybe this isn't your time."

If someone does want help to change and doesn't know where to start, is Community Missions a good first call?

We are a great referral source. They call and are looking for particular information. Maybe that's not something we can do. For instance if they are drug addicted we wouldn't turn them away, but that's not our specialty and we could give them the names of other organizations that would be a much better fit. We are a conduit for many of the organizations in the community and look at ourselves as a referral source for the community. We'll help guide people to the agency that can be of help to them.

What do you do offer at Community Missions?

What we do is provide a network of resources to support an individual move towards independence.

Are you only located in Niagara Falls, at 1570 Buffalo Ave.?

This is where we started, but we do have programs in all three major cities in Niagara County. We have a peer respite recovery center for adults with mental illness in Lockport. It's a short-term residential program in Lockport which provides a five-to-seven day stay to hopefully keep people out of the hospital. It's not a homeless program. Many people know their triggers and if they are feeling unsettled they can come  for some support at Hope House.

Community Missions is a Christian agency, but is non-sectarian. It provides resources, programs, and community linkages without proseltizing, which will enhance spiritual growth and wholeness. The nonprofit has 14 locations and 16 programs, with the majority in Niagara Falls, where it has a community soup kitchen, food pantry and shelter.

More information about programs is available online at www.communitymissions.org or by calling 285-3403, or stopping in at the Niagara Falls location,  24 hours a day, seven days a week. Community Missions also accepts donations and Krueger said socks, underwear and small hotel-style toiletries - like soaps, shampoos and toothbrushes, are especially needed for those who are recently homeless.