Women & Children’s Hospital of Buffalo will begin its move to the Buffalo Niagara Medical Campus on Tuesday, starting a process that will take months to complete.

The first step involves the opening of seven clinics, including dermatology, neurology and dental services, in the new Oishei Children’s Outpatient Center in the Conventus building at 1001 Main St. The outpatient center will open in three phases over the next nine months, with eight more clinics moving on April 3 and the final 21 outpatient clinics moving in October – from anesthesiology to urology.

The Conventus building sits next to the John R. Oishei Children’s Hospital, the new name of the pediatric hospital, now under construction at 818 Ellicott St. The 12-story, 410,000-square-foot facility has 185 beds and will house inpatient services and the emergency department. Its anticipated opening is in November, culminating a project that cost $270 million and goes back 16 years of community debate about the future of the hospital and its services.

This will be the opening of the first new, free-standing hospital in the area since Millard Fillmore Suburban Hospital, in Amherst, in 1974, officials said. 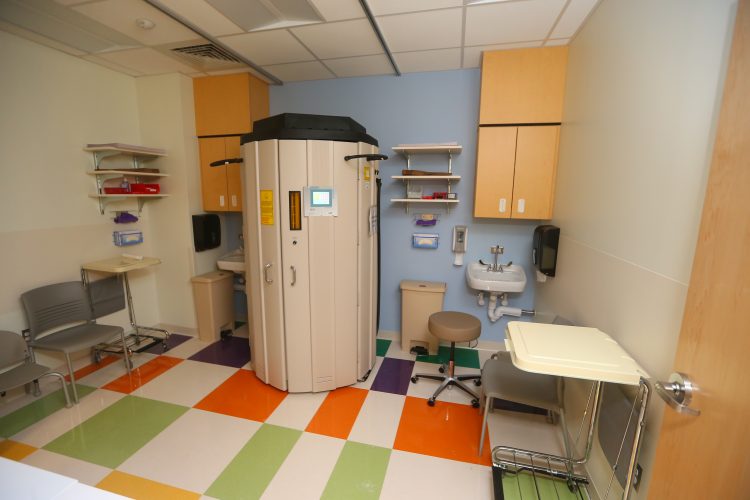 On Friday, about three-dozen people, including long-term patients and their families, got a behind-the-scenes sneak preview of the outpatient center. Many of the young patients were members of Stone's Buddies, a program for chronically ill children who become "frequent fliers" at the hospital.

"There was a remarkable response to the new space and facility," said Michael Hughes, spokesman for Kaleida Health, which operates Women & Children's. 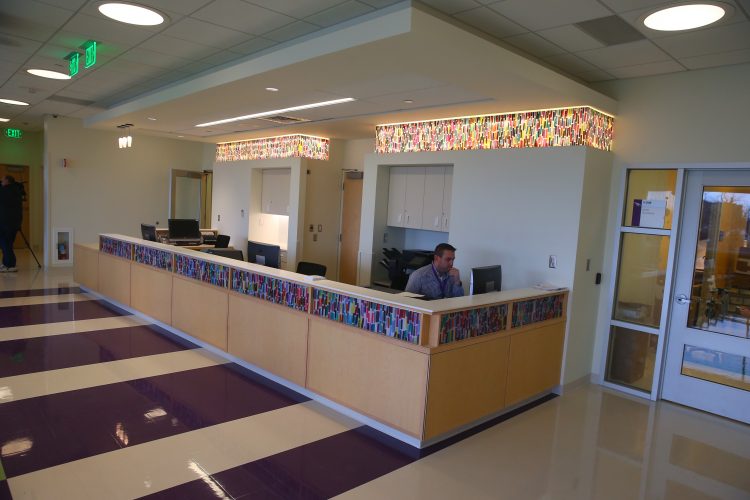 An admission/reception area at the new Oishei Children's Outpatient Center at the new Women & Children's Hospital of Buffalo in the Conventus Building. (John Hickey/Buffalo News)

The new building stands in stark contrast to the current Women & Children's campus on Bryant Street, where patients often have to navigate from floor-to-floor and building-to-building to obtain services.

"We had one kid on the tour who had 20 surgeries and another who had 18 surgeries. They might see half-dozen specialists in a visit. For patients like them and their families, the new facilities will make a big difference," Hughes said.

Children’s Hospital has sent notices to patients and has begun scheduling procedures in the new space. The equipment is new. Staff members have gone through an orientation and will show up Tuesday ready to go to work in the new space, Hughes said.