The Buffalo School Board voted 6 to 2 on Thursday to call on the state education commissioner to remove Carl P. Paladino from office, a decision made amid the rallying cry of thousands of people outraged by controversial remarks he made about President Barack Obama and the first lady.

A resolution approved by the board Thursday calls on Paladino to resign within 24 hours, or else the board will appeal to Commissioner MaryEllen Elia. 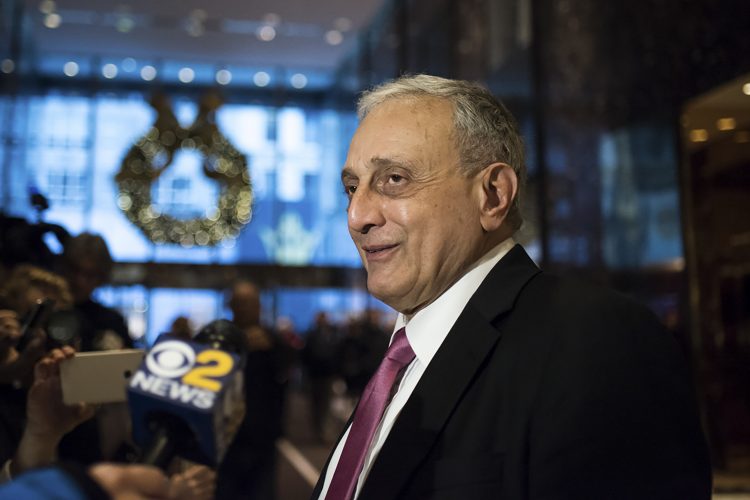 Paladino, who has said he will not resign, was not at the meeting.

He later released a statement in response to the School Board vote.

The group that voted in favor of the resolution included all three board newcomers. Larry Quinn and Patti Pierce, both Paladino allies, were the two members to oppose it.

Board member Hope Jay received a standing ovation from the audience after she introduced her resolution calling for Paladino's removal.

"This is a watershed moment for us in this city," Pierce said. "I suggest we take this opportunity to show the entire country that we are a city of good neighbors and we are about forgiveness."

Many in the audience loudly booed Pierce and some yelled catcalls.

"If any of our Buffalo public school children said any of these offensive remarks ... the student would be suspended," said School Board Member Paulette Woods. "We should also be held accountable for our words and our actions."

She accused Paladino of engaging in "a pattern of racist behaviors going back over 10 to 20 years."

Hours before the board met, about 300 people attended a public rally supporting Paladino's ouster.

The vote came at the end of a special meeting in the Common Council chambers that attracted hundreds of parents, community leaders and activists, all urging the board to take action against Paladino for the remarks that gained international attention.

Those comments, published last week in Artvoice, included saying he wished death by mad cow disease upon President Obama, referring to the first lady as a man and said he'd like her to be "let loose in the outback of Zimbabwe where she lives comfortably in a cave with Maxie, the gorilla."

The remarks gained international attention because of Paladino's long political history. He ran unsuccessfully as the Republican candidate for governor in 2010, and more recently served as the co-chairman for President-elect Donald J. Trump's campaign in New York.

"Words matter, Mr. Paladino," said School Board President Barbara Seals Nevergold. "The impact on children of color, especially African-American children is incalculable.....They would like me to tell you, 'You're fired.'"

School board members in favor of seeking his removal have argued that Paladino's latest comments underscore an ongoing pattern of behavior that they said includes harassment and bullying of his colleagues on the board and members of the administration. That behavior, they said, interferes with the board's ability to conduct business.

They also argued that Paladino's statements create a hostile and intimidating environment in a district where the majority of students are minorities, something they believe is a violation of the state's Dignity for All Students Act.

Paladino criticized the board’s decision in a statement released Thursday. “The Board of Education’s action today is certainly not an illustration of a profile in courage or leadership,” he wrote.

The vote touches off what could be a lengthy process for the commissioner to collect all of the relevant information and issue a ruling.

The commissioner’s legal staff will not review the petition until the person charged has filed a response. That process usually takes about eight weeks after the original petition is filed, unless the parties receive extensions.

Once the file is completed, the commissioner’s Office of Counsel tries to issue a decision within six to eight months, or eight to 10 months after the petition was filed, according to its website. But with hundreds of petitions to the commissioner filed every year for a variety of actions, there is no guarantee of a specific time frame.

Elia has declined to comment on the situation because she has to step in as an impartial judge and make a decision. But on Wednesday, her office released its boldest statement yet, saying it is reviewing its options and monitoring the situation.

“We are in the process of reviewing all of our options in this unusual situation and will closely watch the actions taken by the Buffalo Board of Education...," State Education Department spokeswoman Emily DeSantis wrote in a statement.

Now, Elia will have to weigh the board's arguments against Paladino's First Amendment right to free speech.

By appealing to the commissioner, the board declined to exercise its own authority to remove Paladino, something that has been done in other districts.

It also places Elia in the center of what has become a politically-charged controversy. Among those pushing for Paladino's removal are the state teachers union and several other elected officials who have been at odds with the Buffalo developer.

Related: Read the Buffalo School Board resolution to remove Paladino