There are nearly 20,000 signatures on at least three online petitions calling for the removal of Carl P. Paladino from the Buffalo School Board.

The developer’s most recent inflammatory remarks have caught attention across the nation, including from celebrity chef Mario Batali.

His own son and the transition team for President-elect Donald J. Trump have taken a stand against his comments.

Western New Yorkers are used to hearing about Paladino’s inflammatory comments . But the turmoil surrounding his latest remarks took on a life of its own, fueled by the power of social media and a tense national climate following the presidential election.

Attention around this latest instance in same ways beat the notoriety Paladino gained when he ran for New York State governor in 2010, when social media websites like Facebook and Twitter were still in their infancy and Trump was years away from becoming a presidential candidate.

[Related: Outrage and calls for Paladino to resign grow over Obama comments]

By the time Artvoice published last week the comments Paladino made in a year end survey – saying he wished death by mad cow disease upon President Barack Obama and wanted First Lady Michelle Obama to be “let loose in the outback of Zimbabwe where she lives comfortably in a cave with Maxie, the gorilla” – the developer was already on a national stage poised for scrutiny from some of the country’s largest media outlets, including The New York Times, Washington Post and CNN.

“I call on all Trump supporters and staffers to denounce the comments of Carl Paladino,” New Jersey Sen. Cory Booker wrote in a tweet that was shared nearly 4,000 times. “If not, I assume you stand with Paladino’s filth.”

The national commentary added to an outcry from local citizens and public officials, who denounced Paladino and called for his removal from the Buffalo School Board. There are several protests scheduled for the coming weeks, with hundreds of people saying they plan to attend.

The authority to remove an elected School Board member from office falls to New York State Education Commissioner MaryEllen Elia, whose spokesperson said she could not comment on the situation because she may be asked to intervene.

The Buffalo School Board is expected to decide this week how it will move forward.

The Artvoice comments could have repercussions for Paladino not just on the School Board but in his other business and political dealings.

Paladino, who narrowly won re-election to another three-year term on the School Board this year, has indicated at various times that he might not serve a full term because he wants to run for governor in 2018. He was co-chairman for Trump’s New York State campaign and earlier this month, after an audience with Trump, Paladino said he was open to taking on a role in the administration if the right opportunity presented itself.

“We talked about that. He knows,” Paladino said. “But I would have to have something to get my teeth into and be engaged. Otherwise, I’ve got a good job.”

Following last week’s comments, however, a Trump spokesperson denounced the remarks, calling them reprehensible and saying they serve no place in the public discourse. 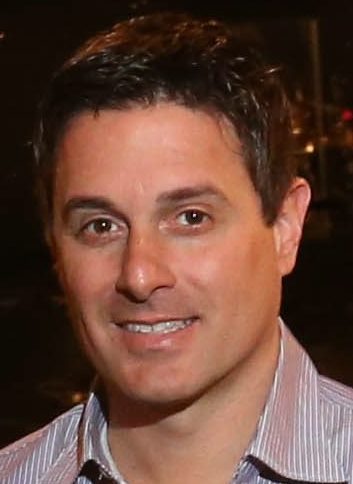 Then on Sunday, Paladino’s son issued a statement on behalf of Ellicott Development Company, condemning the comments and attempting to distance the business from its founder.

“Ellicott Development takes pride in being a culturally diverse company with over 535 hard-working dedicated employees,” William Paladino, CEO of Ellicott Development Company, wrote in a statement. “We value and respect our employees, friends, partners and all of our commercial and residential tenancies and we do not condone the statements made about the President of the United States and his wife. They were disrespectful and absolutely unnecessary."

Those comments followed calls from the local Partnership for the Public Good for political leaders and candidates to stop taking donations from Paladino. The liberal-leaning research and advocacy group also asked businesses, non-profit organizations and individuals to stop doing business with the company.

“Paladino has amassed considerable power and influence in western New York through his real estate development, political campaigns, media presence, elected office, and campaign contributions,” the group’s director Sam Magavern wrote in a statement. “It is time to take a public stand against hatred and in favor of equality. Among other things, that means not supporting or enabling powerful figures with proven records of destructive prejudice."