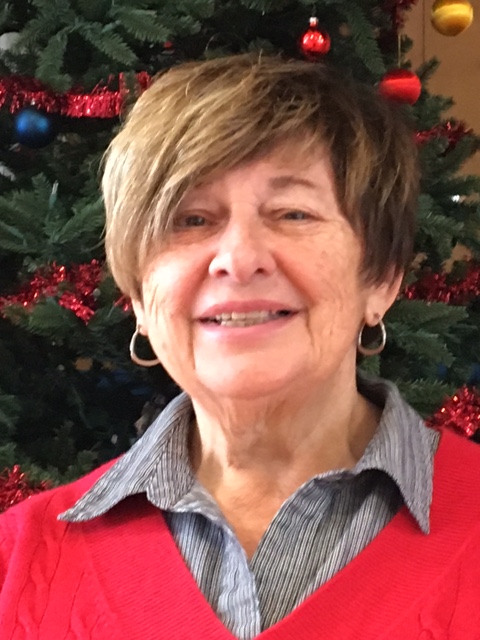 YOUNGSTOWN -- The quote “If you want something done, ask a busy person to do it,” describes Margaret-Ann “Peggy” Hanson's life to a “T.”

Widowed in 1977 while pregnant with her third child, Hanson raised her family, worked in the local justice court system, served in Youngstown village government and volunteered wherever she's been needed.

The upcoming holidays will be cheerier for those in need, for example, due to the efforts of  Hanson and her loyal volunteers, who on Dec. 17 delivered bountiful Christmas baskets of food, warm hats and mittens, and toys throughout Youngstown and Porter.

Started by the now defunct Youngstown Civic Guild, the Youngstown/Porter Community Christmas Baskets has been a holiday staple for several decades. Hanson has been involved for more than 20 years, and has run the volunteer program for the past dozen. But she is stepping down after this year, willing to stay involved but ready to pass the baton to the next leader.

Hanson said that one of her favorite aspects of the holiday project is, working with the volunteers: "they’re such a great group.”

“We’ve certainly had some fun and did a lot of good and that’s the important thing,” she said.

And, Hanson has found it gratifying to see basket recipients return in later years as volunteers.

She noted that some of the volunteers who deliver the baskets have seen recipients in such need, that they have been known to “go back to the homes later with something more, like clothes.”

But the holiday project is just one facet of Hanson’s busy life.

Hanson retired in 2007, after a 25-year career with the Town of Porter justice court, having concurrently served as a Youngstown village trustee for 26 years. She currently chairs the village’s Planning Board and continues to represent the village on the Niagara Falls National Heritage Area board.

“I can’t imagine the things that Peggy’s given up in her life to dedicate that much time to these things,” said Town Justice David Truesdale, one of the Porter judges for whom Hanson worked. “It’s great that she’s been involved in so many things.”

Hanson recently took some time to chat about serving her community and raising her children as a young, single mother -- she’s a grandmother of 5 now. Her eldest child, Christopher, is an architect, living with his wife and daughter on Staten Island; daughter Shari, of Lewiston, is a nurse at Niagara Falls Memorial Medical Center and has a son; and daughter Kirsten is an engineer, living in the Syracuse area with her husband and their three daughters.

When did you settle in Youngstown?

I’ve lived here 38 years. My parents were from this area. My mother’s family emigrated to Niagara Falls, Ontario, from Scotland, and my father was from Niagara Falls, N.Y., and they retired here. My husband, Curt, and I were living in Mamaroneck in Westchester County, and he passed away at 37 from cancer. I was pregnant with Kirsten, my youngest, and had Christopher and Shari. I stayed in Mamaroneck a year and my friends were so supportive, but then the children and I moved here. My parents were here and my grandmothers were still alive, too, when we came here.

What had you done prior to starting your family?

I had been a remedial reading teacher in junior and high school. Curt and I met in Michigan when we were teaching in the same school system. He was a high school math teacher and then later worked for Great Lakes Carbon Corporation in information technology.

I was talked into running for village trustee in 1982. Eleanor Cornell, a village trustee, was married to Roy Cornell, who was a town justice in Porter. He asked me to be his clerk and my youngest was starting kindergarten, so it worked out. It was only part time, and there were no teaching jobs here at the time. Then Judge (David) Truesdale asked me to be his clerk and it became full time. I worked for the Town of Porter justice courts from 1983 to 2007.

Is it difficult working in the justice courts in such a small community where everyone knows everyone else?

It was a very interesting job. There are lots of parts to it. You see people in times of stress, but you just handle it. It’s part of life.

What was it like to spend 26 years as a village trustee -- several as deputy mayor?

I served as deputy under Mayor Norm Swann and Mayor Neil Riordan. I thought it was very rewarding to serve the community. It’s not always easy to make everyone happy with the decisions that are made, but I like to think people thought we were doing a good job because I stayed on the board so long.

How did you join the Planning Board?

After the Village Board, I wanted to serve on the Planning or Zoning Board, I didn’t care which one. Neil (Riordan) named me Youngstown Citizen of the Year and told me I was going to be on the Planning Board, and said, ‘Oh, by the way, you’re the chairman.’ That was 2009.

I’m also on the Local Waterfront Revitalization Plan committee and because I’ve been on the (village) boards so long, I think it’s nice to have that consistency, to know what needs to stay the same and what needs to change.

Do you have someone in mind to take over the Christmas Baskets project?

I do, but I also think we can divide this up into different jobs. I’ve been saying for years, ‘Please, somebody, step forward and take it over.’ There’s not a lot of young people involved. And I will be around to help out, but I’m also making a notebook up of what to do….

The enthusiasm of the whole community shows with the Christmas Baskets. Everyone gets involved. That’s what makes this so unique.