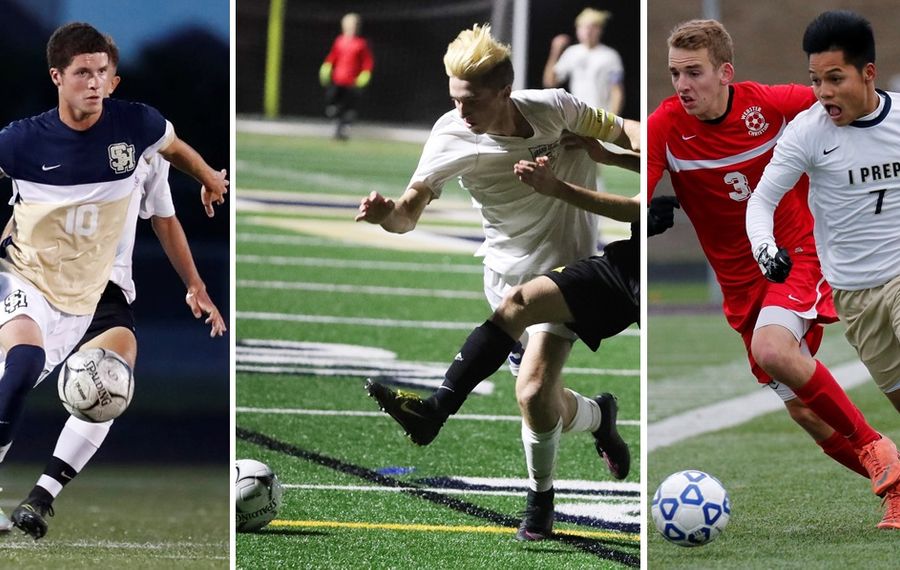 In the 2016 season, FC Buffalo housed a record number of out-of-town college players, forcing local talent to truly shine in training for minutes during the NPSL campaign.

It wasn't easy for them. Early Buffalo-based signings like Troy Brady, the reigning PrepTalk Player of the Year, as well as Empire Development Academy fullback Frank Cotroneo quickly prioritized their Empire teams - where they were assured minutes - over FC Buffalo, where a spot in the game-day 18 was an uphill climb, much less seeing the field. It's tough to fault them for the decisions they made.

Simply put, 2017 high school graduates have a low chance of suiting up for FC Buffalo. The NPSL is a man's league, strewn with experienced college players, many of them representing either Division I or II programs. The counter argument for participation, though, is that there's plenty of room at the back end of the roster, and those players still receive the daily training with premier college talent, high-paced sessions and the opportunity to stay sharp heading into the fall.

FC Buffalo's tryouts, held from 2 to 4 p.m. Dec. 23 and Jan. 6 at Sahlen's Sports Park (7070 Seneca St., Elma), are the best times to catch the staff's attention. Bobby Ross and Ian Mort came out of the relative unknown with strong tryouts in years past, and both wound up featuring for multiple seasons.

Should players like Brady and Cotroneo, at Division I schools Canisius and Villanova, respectively, thrive in college over the next few seasons, they will already have a foot in the door with their local NPSL team.

Here are 10 local players, both collegiate and high school, who could contend for minutes with FC Buffalo now, or down the road. Players who've already tried out for FC Buffalo are not eligible for this list. The following 10, chosen with helpful insight from local coaches and soccer personalities, are listed in no particular order:

Why he'd be a good fit: The lanky Sarr is already a dominant Division III player, but it's hard to know what his ceiling is. Although he's developed under Mark Howlett at Buffalo State, he's still raw technically, but shows a penchant for big goals and is a serious handful to mark. A summer playing against Division I talent could do wonders for his game, should he choose to stay in Buffalo and not return to New York City.

Why he'd be a good fit: Is Wasson the most technically gifted player in the area? Maybe. His intelligence with and without the ball allows him to overcome average size and speed; he rarely loses possession while frequently wriggling out of tight spaces. His maturation was a big storyline last summer, and a few months with FC Buffalo could propel him to another level before his senior season.

Why he'd be a good fit: There's no guarantee the Aussie stays around Buffalo for the summer, but the Mavs striker ran around, over and through AMCC competition this fall, earning offensive player of the year honors in the process. FC Buffalo has rarely had enough attacking options - the lack of depth at striker last year was shocking - and Wilkinson, if he can raise his game to a much higher level of play, could be a solution.

Why he'd be a good fit: You don't hear much about kids from Southwestern, but the Global Premier Soccer product will play at the University at Buffalo next fall. Diaz is a tidy 6'4 center back who's smart beyond his years, and a summer with the Wolves could be a seamless transition to Division I futbol.

Why he'd be a good fit: Keem has already signed with NCAA Division II Daemen College to play with his brother Joey, and his pure pace and supreme finishing are at FC Buffalo's level. Battling with older defenders over the summer could sharpen Keem mentally before he enters the college game.

[Related: Last year's 10 players who should be on FC Buffalo's radar]

Why he'd be a good fit: Local coaches rave about Pickard, a veteran Empire Development Academy player who has committed to Syracuse. The outside back is a threat going forward, an above-average athlete and boasts a creative streak unusual in fullbacks. Even if he sticks with the academy this summer, an introduction to the FC Buffalo brass wouldn't be a bad idea.

Why he'd be a good fit: What isn't Garrett Robinson good at? The Vikings star is impressive with the ball on the ground and in the air, is an asset in the midfield or up front, and boasts leadership qualities to boot. Although it's uncertain if he'll continue playing soccer into college, he's proven enough across his high school career to deserve a look from the highest-level team in Buffalo.

Why he'd be a good fit: Lu's success in Section VI has been well-documented. The I-Prep senior took his team to four straight sectional titles and earned a place on the All-America High School team. How his skill set translates to the college game is curious - he's incredibly poised, a crafty finisher and unselfish, and he wants to play collegiately. A stint with FC Buffalo - or at least a tryout - would help determine whether he can compete physically at a high level.

Why he'd be a good fit: On our radar as a member of BDSL premier division runners-up SoHo, Szabo looked electric against bigger, older competition. He's started 11 of 12 games with the Empire Development Academy so far this year as a defender, but he's versatile enough to jump into the midfield, too.

Why he'd be a good fit: The Empire DA grad red-shirted his first year at the University at Buffalo, but it's possible he's being groomed for a starting role in 2018. A season with FC Buffalo would be useful from a developmental standpoint, especially with Murphy's goalkeeping experience and the presence of Pat Pidgeon, an FC Buffalo assistant who works with the 'keepers.

Email Ben Tsujimoto, who was rightfully never on FC Buffalo's radar, at btsujimoto@buffnews.com