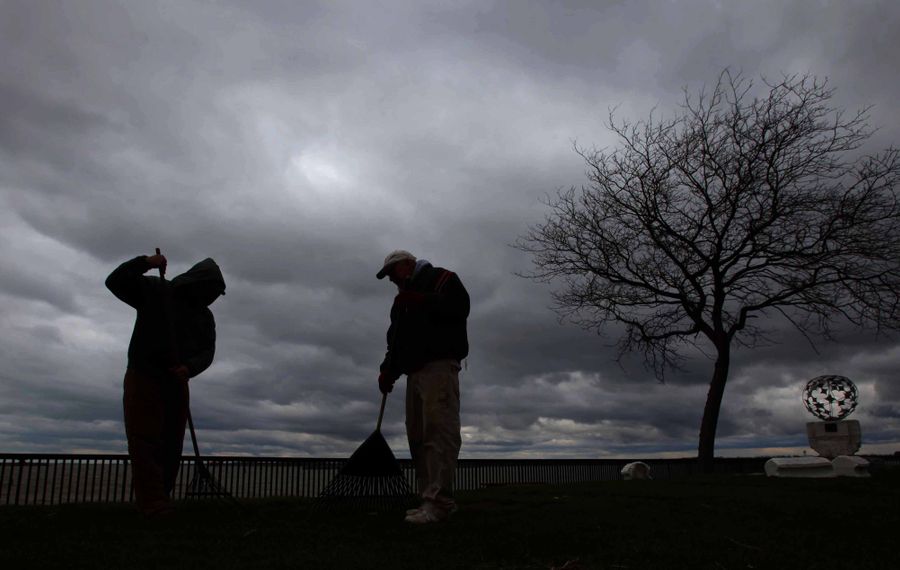 I’m not a psychologist, nor do I play one on TV. This article was inspired, though, by an email piece sent by the American Meteorological Society, so I view it as fair game for a meteorologist to tackle.

Most of you have heard of seasonal affective disorder, or SAD. SAD supposedly is almost epidemic in the winter and is related to lack of natural light. That would put more of us at northern latitudes at greater risk of suffering from SAD, since we get a lot less light than those in Miami. Its impacts have generally been accepted for some time not only by laypeople, but in the psychological community as true. There have even been suggested and prescribed therapies, including some of the same prescription drugs used to combat depression, and various types of light augmentation as a mood elevator.

A recent study in the Journal of Clinical Psychological Science, if it continues to stand up to peer review, essentially debunks SAD as a real condition. Scientific American magazine outlines some of the study’s findings and other evidence. The investigators in the study did not initially question the acceptance of SAD as a real condition, and they did expect to find a correlation of more occurrences at higher latitudes.

In other words, they went in to their work expecting to learn more about SAD, rather than to raise questions about its validity. Instead, what they and the Centers for Disease Control and Prevention found (the CDC had done a large, detailed phone survey) was quite to the contrary of what had been widely accepted for three decades.

Instead, the CDC survey revealed no evidence for seasonal affective disorder. The researchers were wary of overlooking SAD trends among the huge non-SAD population, so they reanalyzed answers from a subset of people who classified as depressed at the time of the survey. Still no sign of SAD. No seasonal or light-dependent increases appeared in the depression measures. We might wonder if something was wrong with the phone study, but other well-established trends appeared in the survey data, such as higher rates of depression for women and the unemployed. The fluctuation in depression from SAD was either nonexistent or undetectable.

Some of the methodology used in testing for SAD was also found to be seriously flawed, with “incredibly leading questions.” The analogy that comes to mind is the very flawed work concerning food colorings and preservatives and a supposed relationship with childhood hyperactivity. Some practitioners who propagated such unproven (and since disproven) hypotheses and parents began unconsciously seeking behavioral changes in children to match the flawed ideas. “Seek and ye shall find” can apply to looking for the symptoms you expect to appear to validate a hypothesis, and sometimes even psychologists can be afflicted by this tendency.

This kind of confirmational bias used to be even more prevalent in the lunacy concerning full moon lunacy, for which there is no scientific evidence. Even some professionals began looking for more bizarre behavior when the moon was full, ignoring the lack of supportive evidence for any such behavioral change due to a full moon. People spread their lunacy equally throughout the month over time, but proponents of this baseless idea tend to notice the wackiness occurring at the time of the full moon more than during the rest of the lunar cycle.

If anyone’s thinking it could be due to the increased tidal forces exerted by a full moon on the fluids in the human body, the mass of such fluid is demonstrably too insignificant to be affected by those forces. It’s basic physics, and all that. That’s the same silly fallacy that afflicts astrologers and astrology. The mass of the obstetrician, staff and equipment in the delivery room (not to mention the hospital) has conservatively hundreds of times more gravitational attraction on a newborn than do the planets. (That’s not to mention the mass of mommy, either.) The strength of gravitational attraction relates not only to the mass of objects but to the distance between the objects.

What I’m suggesting here, supported by more authoritative scientists and data, is this: If we avoid falling prey to confirmational bias on symptoms of SAD, we may well find out it not only isn’t inevitable in the long winter season, but it may well be nonexistent.

Rather than take me at my word, read about it for yourself in Scientific American.