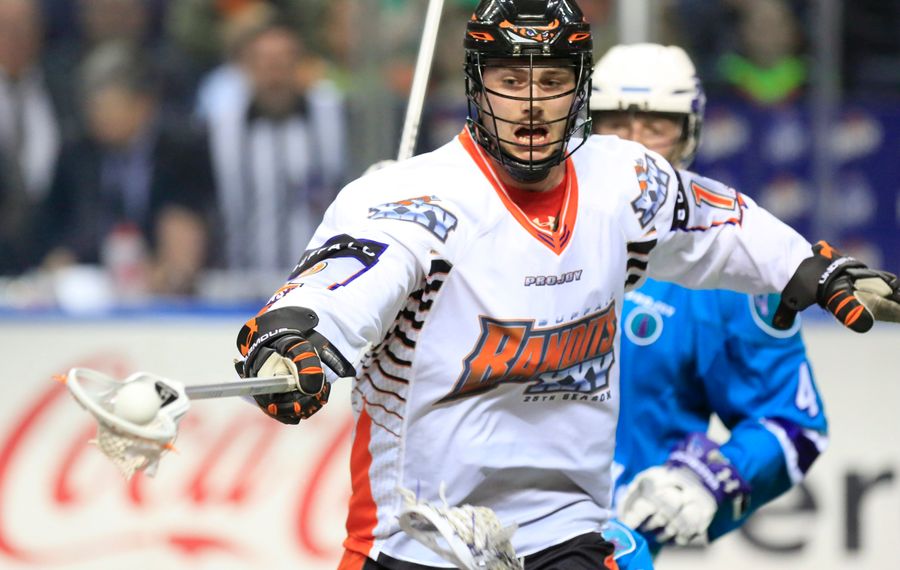 The Buffalo Bandits completed several roster moves as the National Lacrosse League's teams had to get down to the 20-man active roster for the upcoming season. When the flurry of activity was over, this season's Bandits roster looks a great deal like last year's team.

The new faces on the 20-man squad are Brad Self, acquired in an offseason deal, and Craig Point, signed as a free agent. Both were with the Rochester Knighthawks last season.

Meanwhile, the Bandits filled out their practice squad with transition player Tim Edwards, goalie Kevin Orleman, defenseman Justin Martin and forward Blaze Riorden. Orleman and Martin were 2016 second-round draft choices, while Riorden - a goalie for the University at Albany during his career there - was signed as a forward.

Placed on injured reserve were forward Bryce Brochu, defenseman Adam Will, and transition player Craig England. That means the team released forwards Connor Brown, who was signed as a free agent during training camp, and forward Brier Jonathan.

On the active roster are:

The season starts Friday, Dec. 30, against Colorado at home.