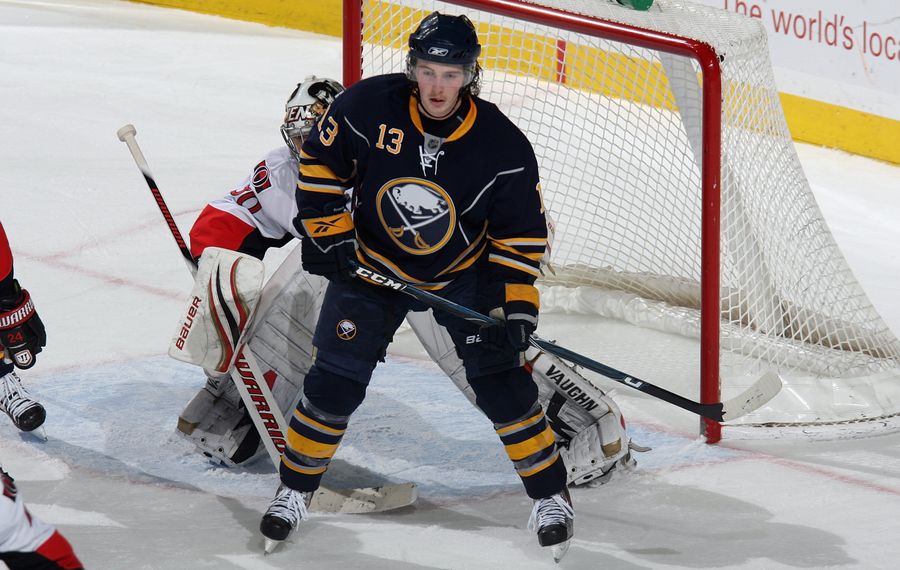 RALEIGH, N.C. – Tim Kennedy is back in North America and was ready to rejoin the Sabres’ organization. Carolina had other plans.

Kennedy, the South Buffalo native who played for the Sabres from 2008 to 2010, was set to sign a minor-league contract with Rochester on Saturday, sources told The Buffalo News. Kennedy, however, needed to clear waivers to join the Americans. The Hurricanes, who hosted the Sabres on Saturday night, put in a claim on the 30-year-old.

Kennedy opened this season with Lulea of the Swedish Hockey League, recording two assists and four points in 18 games. Lulea released him from his contract Thursday.

Kennedy spent two seasons in the Sabres’ organization, recording 10 goals and 26 points in 78 games in 2009-10. The Sabres bought him out following the season when an arbitrator awarded Kennedy a $1 million contract.

Since leaving Buffalo, Kennedy has played for the Florida Panthers, San Jose Sharks, Phoenix Coyotes and their American Hockey League teams; Hartford and Hershey of the AHL; Nizhnekamsk Neftekhimik and Jokerit of Russia's Kontinental Hockey League; and Lulea.

It was not clear whether Kennedy, who is married with three young children, would report to any team that claimed him on waivers.

The Sabres originally acquired Kennedy shortly after Washington selected him in the sixth round of the 2005 NHL Draft. He spent three years at Michigan State before signing with Buffalo, where he totaled 79 games.

The NHL has elected not to further discipline New York’s Johnny Boychuk for boarding Jack Eichel on Friday night.

Boychuk hit Eichel from behind during the third period of the Sabres’ 3-2 overtime victory against the Islanders. The center briefly left the game because of the NHL’s new concussion policy but returned. Eichel was back in the lineup Saturday.

With Zach Bogosian returning to the lineup against the Hurricanes, the Sabres have sent defenseman Taylor Fedun back to Rochester. Fedun is healthy after suffering an upper-body injury Dec. 3 against Boston and played for the Amerks on Saturday night.

Fedun had four assists and a plus-1 rating in eight games with the Sabres.

The Hurricanes have an honored guest wind a storm siren prior to every home game. Former North Carolina State running back Andre Brown did the job Saturday. He won a Super Bowl with the New York Giants following the 2011 season.