Growing demands are leading to big changes at Woodcock Brewing in Wilson. Unable to keep up with demand for its beers, including Niagara Lager, the brewery increased its capacity earlier this year by adding three large fermentation tanks within its 50,000-square-foot facility. These tanks will allow the brewery to ferment more beers simultaneously.

Woodcock also has also signed on for distribution within the Rochester area with TJ Sheehan Distributing.

Niagara Lager - a 5 percent ABV light American lager aimed at pleasing the palates of the less craft-conscious beer drinkers - makes up the most of the brewery's production and sales.Woodcock’s goal for 2016 was to double its output over 2015 - the brewery has actually had to quadruple it.

Niagara Lager is one of only two beers the brewery currently sells in cans. Woodcock has been using a mobile canning service which shows up at the brewery. Because of limitations to this, Woodcock has decided to purchase and install its own canning line. 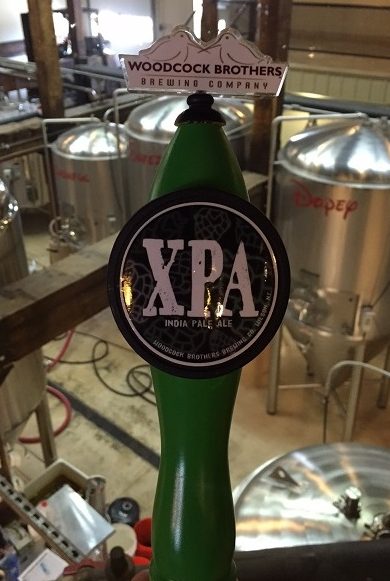 The other beer canned by the brewery is its constantly changing experimental pale ale, dubbed XPA. Each version is stamped with a number, a la software revisions (1.0, 2.0, etc.).

The latest batch - version 9.0 - will be released on Dec 23. This time around, Woodcock is leveraging its new tank space to make twice as much of the beer as usual.

Of this double batch, one will be devoted entirely to cans, which will be available at the brewery along with such retail establishments as Brewed & Bottled, Village Beer Merchant, Premier Gourmet, World of Beer, Murphy Brown’s Craft Beer Emporium and Aurora Brew Works. The other half of the double batch will all go to draft kegs and will be distributed to various craft beer bars around the area.

XPA 9.0 differs from past iterations in that it is a little less bitter overall. It has a texture described as creamy, dense and round. It’s also a bit more hazy overall in appearance. The hops used in this batch are Citra, Simcoe and a new hop called Loral, which provide a citrusy, tropical, resinous and floral profile to the beer’s aroma and flavor.

The cans are new, too. Working with a local writer and designer team, the new designs feature a much more modern look, and a brand identity for the company that plays on the inherent innuendo of the Woodcock brothers’ name. The core lineup of beers will be canned on the new system. Look for them to hit shelves starting in early 2017. They are Niagara Lager, XPA, Redhead Amber Ale, Morning Wood Porter and Hoppycock IPA.