With a pizza place or fast food restaurant seemingly every corner, there is no lack of options in South Buffalo in which to grab a quick bite. Sometimes, though, you’re craving something a little different. That’s where Pete-N-Paul’s comes in.

Despite having lived in the area for more than three years now, I’ve betrayed my South Buffalo transplant status by never wandering into Pete-N-Paul’s until just recently. Its exterior is dingy and not exactly welcoming, unless you know what lies within: delicious food for a bargain.

I visited on a blustery day, looking for something warm and comforting to counteract the icy winds outside. I took a menu to one of dozen or so booths to mull over Pete-N-Paul’s extensive options, enjoying the motto on the front: “Fast service most of the time … great taste all of the time!”

I was torn between two of the restaurant’s famous pita pocket sandwich selections, both of which sounded delicious and filling: the beef stroganoff ($5.49 for a large, $2.99 for a small) and the chicken finger ($6.99 for a large, $3.69 for a small). I finally decided on the former, and paired it with something no Western New Yorker could pass up: a cup of chicken wing soup ($2.69). 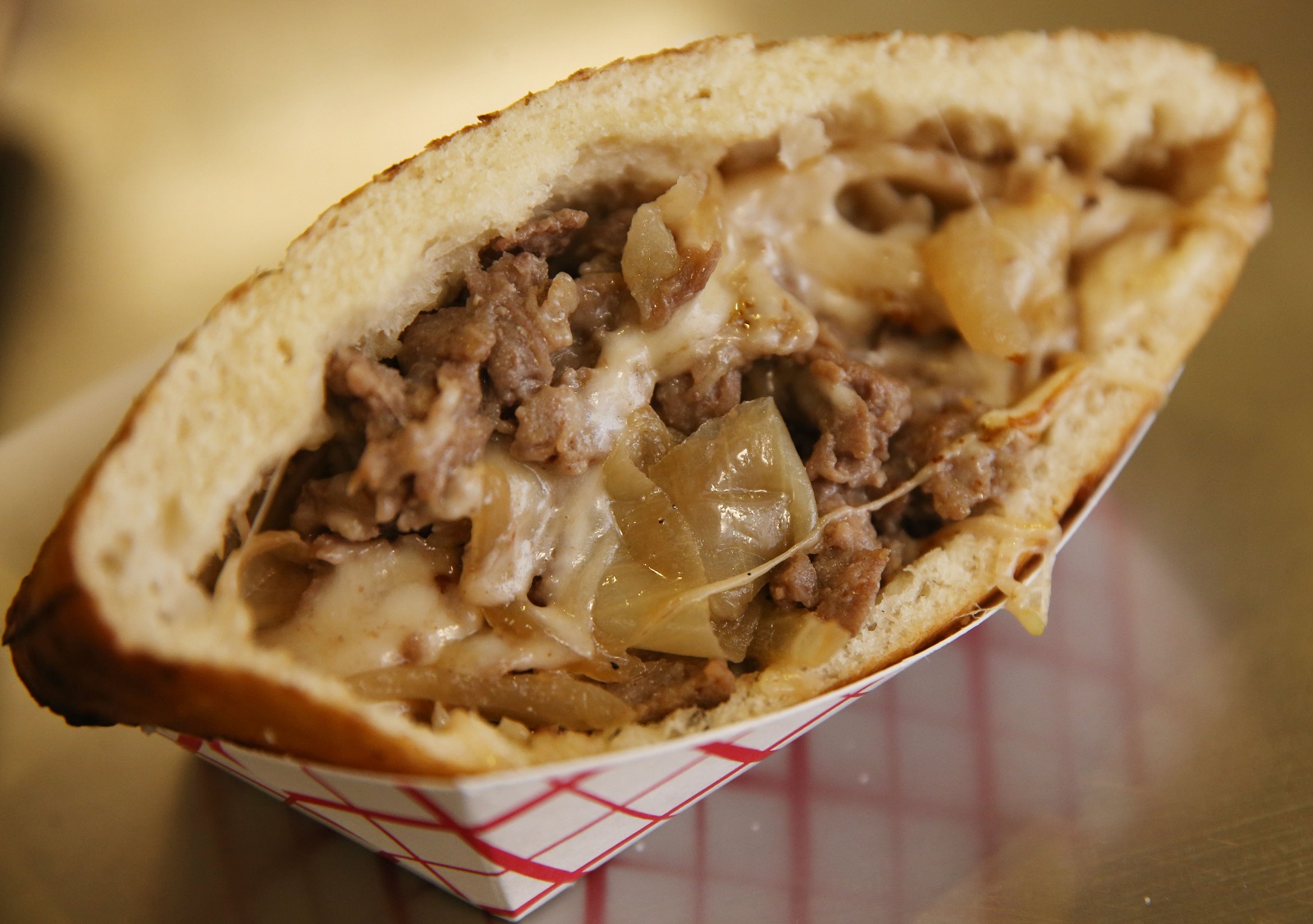 Both my choices were good ones — the pita pocket was soft and fresh, stuffed until almost overflowing with piping hot, flavorful beef, mushrooms, onions and gravy-like. The small size was about the size of a half sandwich, and it was more than enough for me.

The soup was phenomenal. Bits of carrots, celery and pulled chicken swam in a creamy broth flavored with just enough hot sauce to slowly build with each delicious bite. It left me wanting more.

Though Pete-N-Paul’s is known for its pita sandwiches, it also has plenty of other options including burgers, tacos and baked potatoes. The restaurant offers take-out and drop-off catering, so I decided to take advantage and get a Paul Burger ($6.25) for my fiancé. It consisted of a third-pound burger with lettuce, tomato, onions and pickles, all topped with something called Paul Sauce. When asked, the cashier obligingly told me the secret ingredients to the sauce: mayo, ketchup and a little bit of hot sauce. 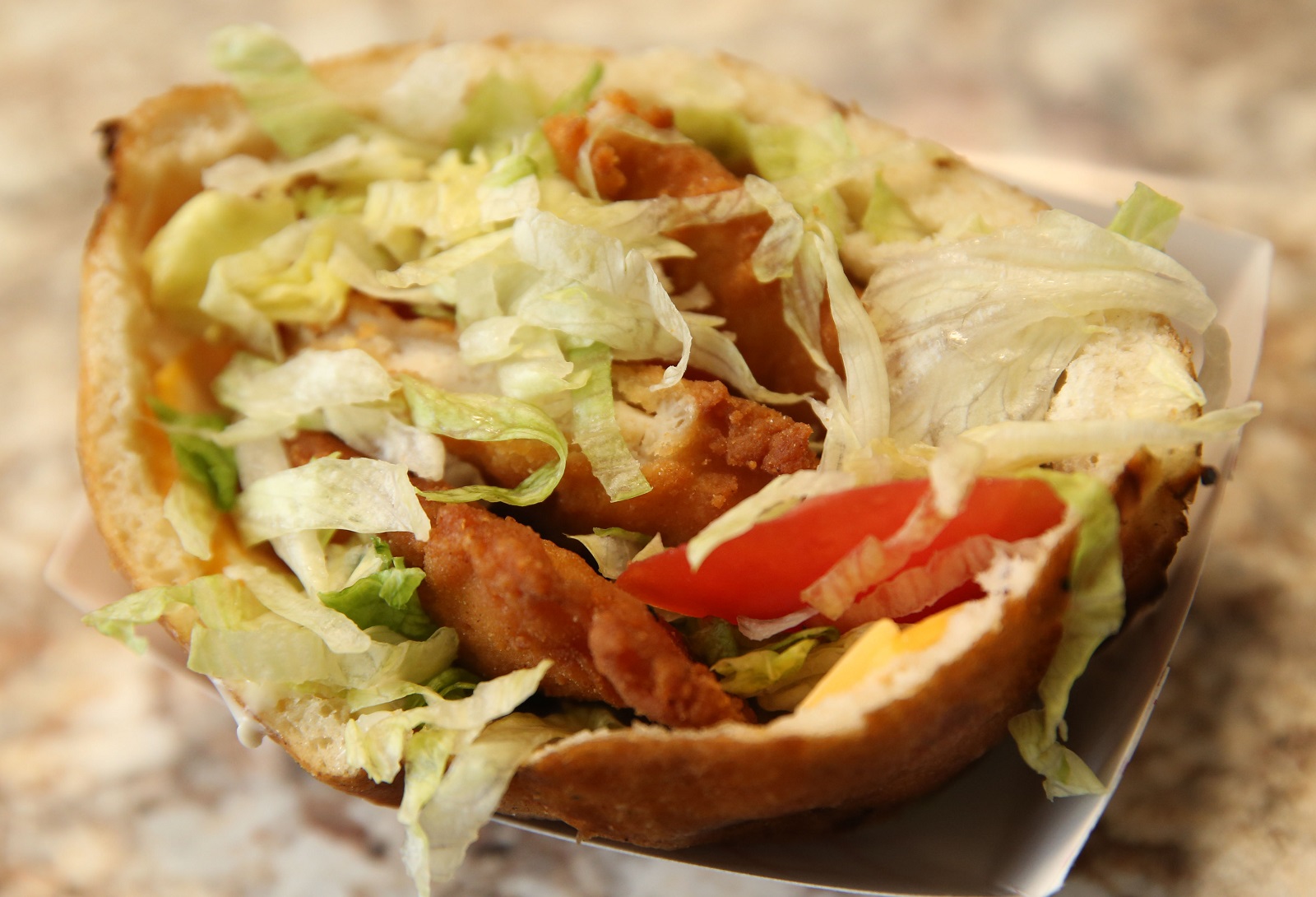 For another $2, I upgraded my selection to a meal and added an order of fries and a medium drink (loganberry, obviously).

After a short wait, the cashier delivered my order wrapped to go. When I got home — just a few minutes away — the burger bun and fries had suffered slightly, the foil wrapping causing a little sogginess. Though the fries were just your standard issue fast-food variety, the burger was juicy and satisfying. The Paul Sauce had a Whopper sauce-like appeal, and the sesame Costanzo’s roll was a perfect topper. 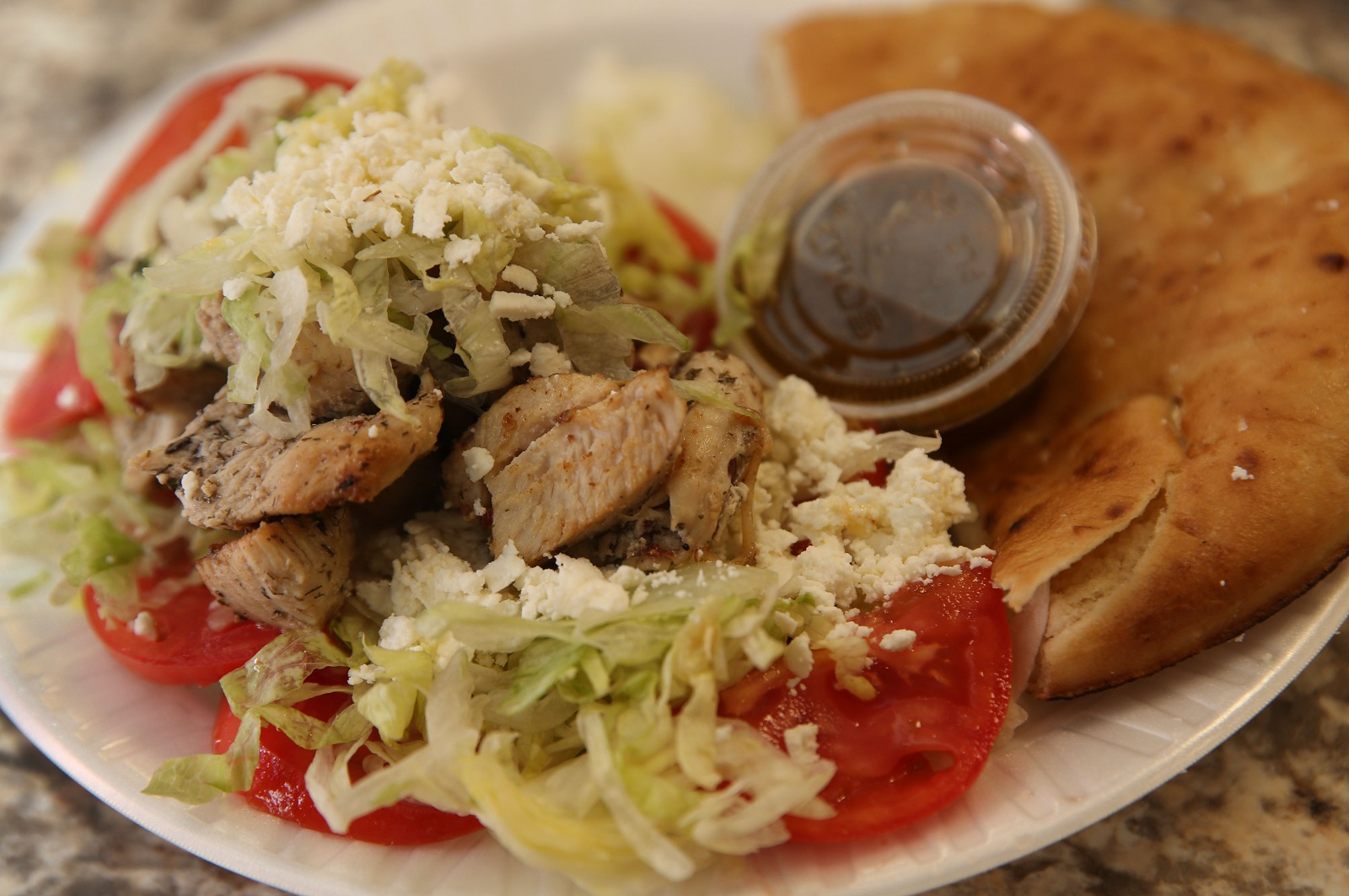 There are so many options I didn’t get to try at Pete-N-Paul’s on my inaugural visit that I know I’ll be returning soon, and often. I have my eye on that chicken finger pita and the cinnamon critters, a Pete-N-Paul’s dessert specialty involving pieces of deep-fried pita sprinkled with cinnamon and sugar.

Delicious food, inexpensive prices, friendly staff — what else could you ask of your newest favorite lunch joint?

Parking: In the lot. 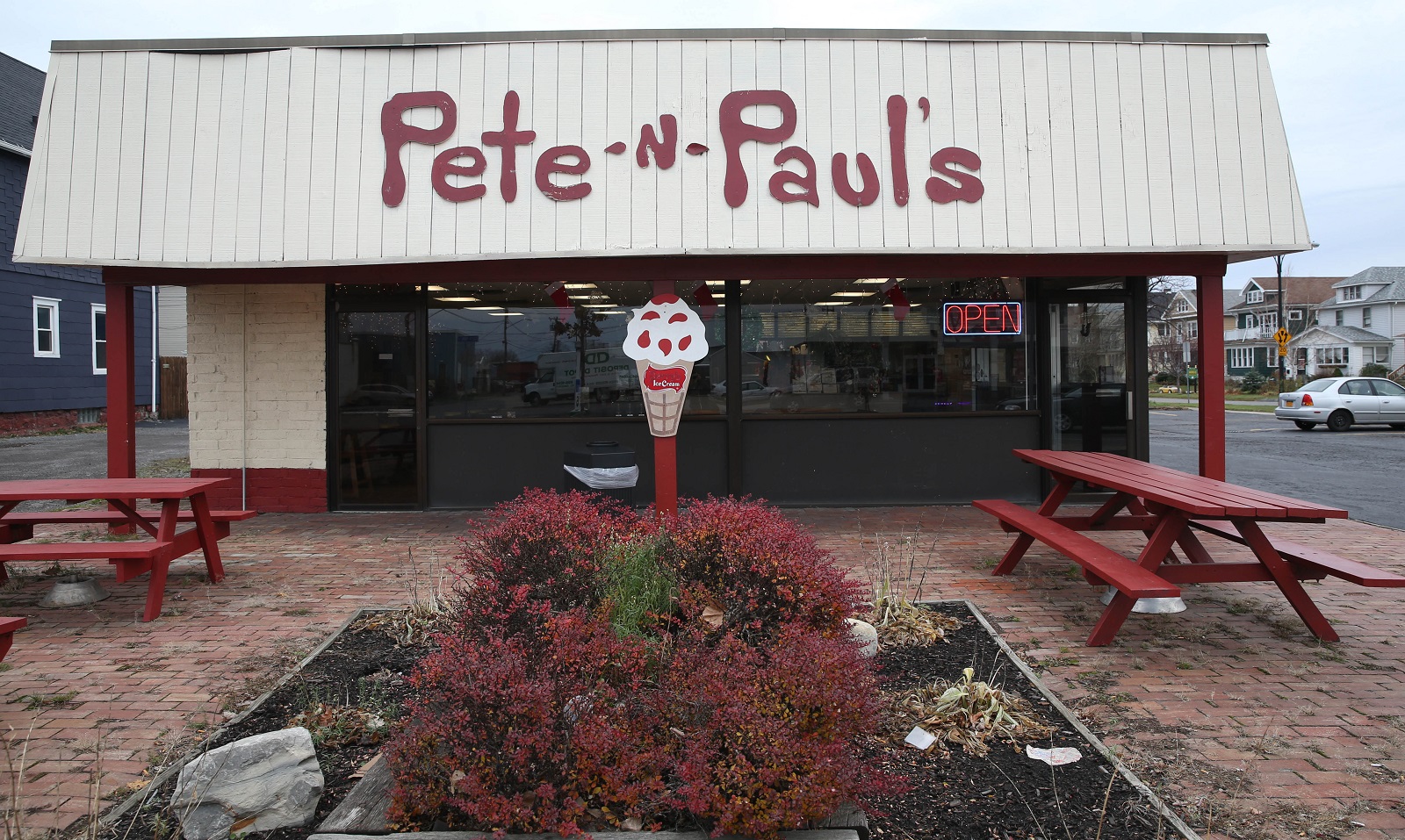 Pete-N-Paul's has been at 2124 South Park Ave. for the past 22 years. (Sharon Cantillon/Buffalo News)