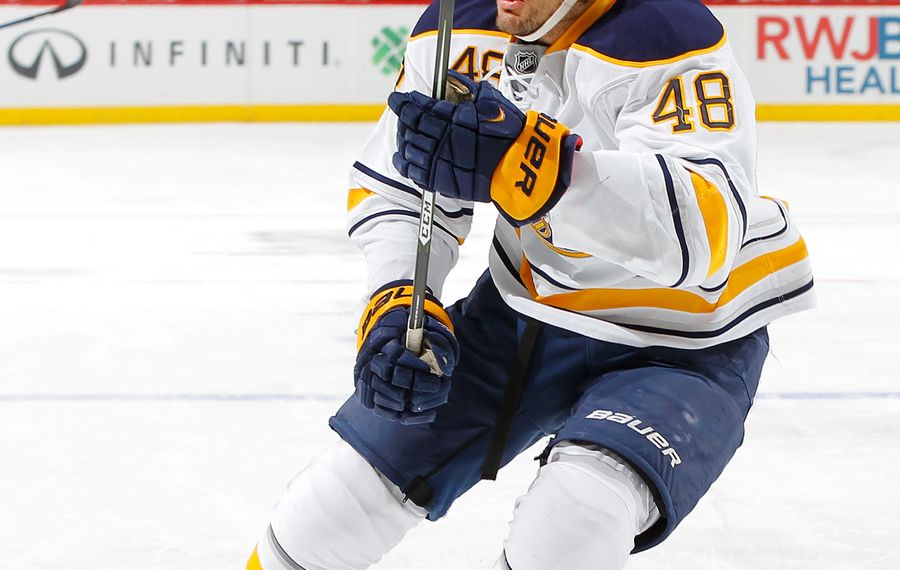 OTTAWA – The big news, of course, is Jack Eichel is back. Here are Five Things to Know as the Sabres visit Ottawa on Tuesday night.

After being without Eichel for 21 games, the star center will return to the Buffalo's lineup.

“It’s been awhile, but I’m just excited to get back into the game action and play instead of watch,” he said in Canadian Tire Centre.

The insertion of Eichel gives the Sabres more depth. The lines from the morning skate:

“The trickledown effect of having Jack back in your lineup, I think it makes a lot of other people fit better in your lineup,” coach Dan Bylsma said.

Eichel worked on the top power-play unit. Reinhart, O’Reilly and Okposo were up front, with Eichel and defenseman Rasmus Ristolainen on the blue line. The second unit had Kane, Gionta and Moulson as the forwards, with Taylor Fedun and Cody Franson on the point.

Carrier made his NHL debut Nov. 5 in Ottawa as a fourth-liner. He’ll start on the top line in his return to the arena.

“It’s just keep playing the way I’m playing now,” said Carrier, who has shown speed and forechecking ability. “Coach is liking what I’m doing, so I’m just trying to bring that to their line tonight.

“It’s always fun when people like the way you play, and I think I’m playing pretty good right now. I’m playing the style I wanted to play, and I’ll just keep going with those guys.”

4. Robin Lehner gets the start.