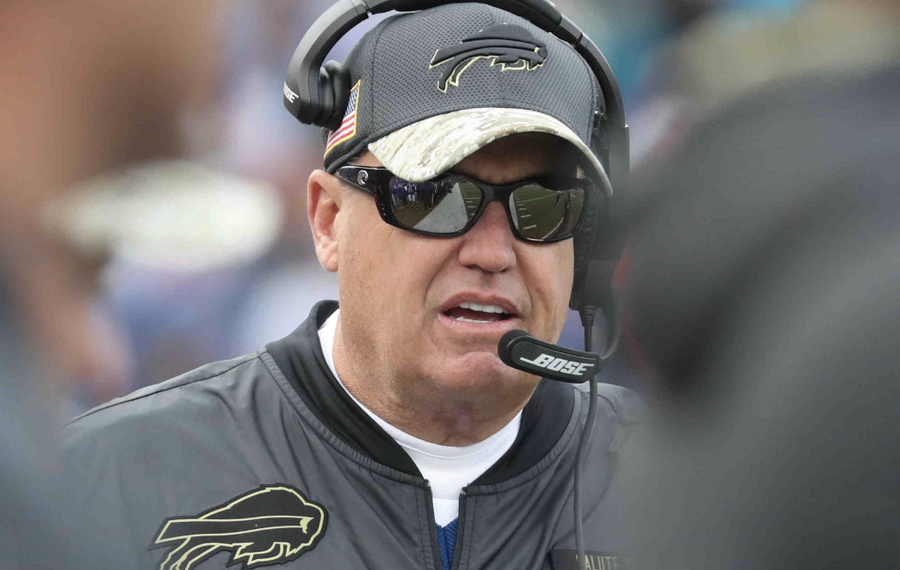 With the Buffalo Bills losing to the two-win Jacksonville Jaguars at halftime Sunday, 7-6, fans at New Era Field let out some boos as the team jogged to the locker room.

But Monday, coach Rex Ryan flat out denied that his team got booed.

"Our team never got booed," he said. "I think our fans are great, they stay with our team all the way. I think the booing was directed to me and our team understands that."

OK, everyone got that? Fans weren't booing the offense, which gained 63 yards in the first half, or kicker Dan Carpenter, who missed another extra point. They were booing the coach.

Rex: Fans were boo-ing him, not team in 1st half #Bills pic.twitter.com/5a4ovUKjal

Rex says he thinks any boos from the crowd yesterday were "directed at me (him)," not the team. #Bills pic.twitter.com/iBqbGOtOQN

@MatthewFairburn let him know I was booing the team