OLAF FUB SEZ: Advice from industrialist and philanthropist Andrew Carnegie, born on this date in 1835, “Do your duty and a little more and the future will take care of itself.”

LIGHTS FANTASTIC – The Winery at Marjim Manor, one of the wineries on Niagara Wine Trail USA at 7171 E. Lake Road (Route 18), Appleton, four miles east of Olcott, will celebrate its annual Lighting of the Manor from noon to 5 p.m. Saturday.
Festivities will include the switching on of dozen or more Christmas trees and numerous Chanukah menorahs, a singalong of holiday songs with Kim Seddon, and Reindeer Games, a variety of puzzles and contests which will award prizes for the highest scores.
Visitors also will be able to get custom labels made quickly for various bottles of Marjim Manor wines.
Free tastings will be offered for those who bring a jar of peanut butter or jelly for the annual Peanut Butter and Jelly Drive, which collects things kids like to eat.
As a bonus, tell them you read about it here and they will double the discount on wine purchases. For more info, call 778-7001 or visit MarjimManor.com. 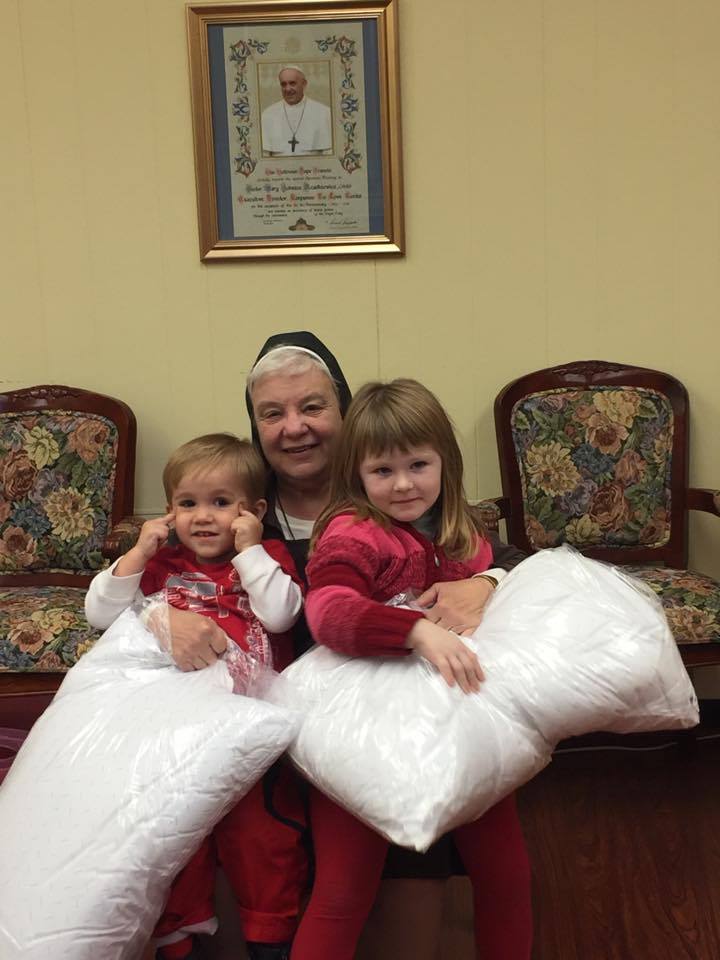 SOFT SPOT – Last year Sister Johnice Rzadkiewicz and the Response to Love Center on Buffalo’s East Side issued an appeal for donations of diapers for needy mothers and their babies. Now volunteers Rich and Diane Gurbacki of Grand Island, who collected more than 40,000 diapers last year, have turned their attention to another need.
“I asked Sister if she wanted to do a toy drive for Christmas,” he writes, “and her response was, ‘No, Richard, I need pillows for their heads.’ ... Sister indicated that many of the adults she ministers have not had a fresh pillow in decades and some of the children roll up an old blanket or towel to rest their head.”
So the Gurbackis have organized a series of dates and locations to collect new pillows or donations of $10, which will buy a pillow in the donor’s name from J. C. Penney, which has offered to provide them at reduced cost.
The first collection will take place Sunday at Walden Galleria Mall, Cheektowaga, in front of Dick’s Sporting Goods, with another in the same spot Dec. 3.
Additional collections will be held next Friday evening during the Holiday Festival at Larkin Square, 745 Seneca St., and at the nearby Flying Bison Brewery, 840 Seneca St. For more info, dates and locations, see Pillows For Their Head on Facebook or call Rich Gurbacki at 361-1145.

REINDEER ALERT – Looking for Santa Claus? We’ve been told that, starting today, the Jolly Old Elf plans to spend some time this holiday season at Kelly’s Country Store, 3121 Grand Island Blvd., Grand Island.
The folks at Kelly’s say St. Nick will come down their chimney Mondays, Wednesdays and Fridays at 6 p.m. and listen to children’s Christmas wishes until 9 p.m. On Saturdays and Sundays, he’ll arrive at noon and stay till 5 p.m.
Meanwhile, Kelly’s will be donating a portion of the proceeds from its Christmas tree sales to WNY Heroes, which assists veterans, active military and widows and children of deceased veterans. For more info, visit KellysCountryStore.com.

HEAD OF THE CLASS – Mary Queen of Angels Regional Catholic School, 170 Rosewood Terrace off George Urban Boulevard, Cheektowaga, is accepting resumes for substitute teachers for all grades from pre-kindergarten to eighth grade. The position pays $10 per hour. School hours are 7:30 a.m. to 2:30 p.m.
Applicants must have a bachelor’s or master’s degree in education, have completed student teaching and be state certified. For more info, visit wnycatholicschools.org and search for Mary Queen of Angels under “Employment in Our Schools.”