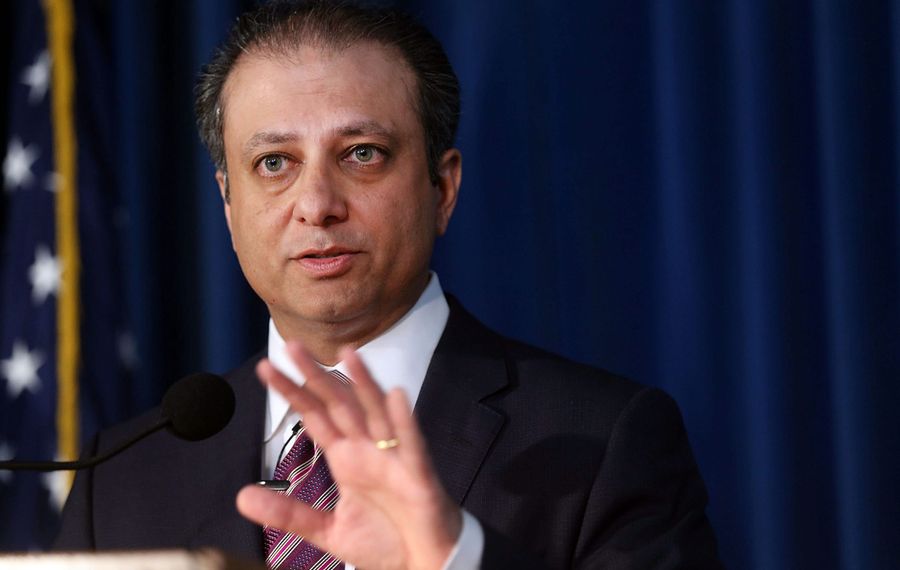 ALBANY – Nearly two months after their arrests, eight individuals were indicted Tuesday in a corruption case that has ensnared a once-powerful and highly trusted adviser to Gov. Andrew Cuomo along with the head of Buffalo’s largest construction company.

The indictments against the original eight individuals arrested in September in the wide-ranging corruption case – including against longtime Cuomo loyalist and friend Joseph Percoco – include an allegation that LPCiminelli, Buffalo’s largest construction contractor, was “pre-selected” as part of a bid-rigging plan for the Buffalo Billion program. It said the selection of LPCiminelli, as well as COR Development for a Syracuse-area project, came after both companies “had each made sizable contributions” to Gov. Andrew Cuomo’s campaign fund. It said two individuals, former SUNY Polytechnic Institute President Alain Kaloyeros, and Todd Howe, who pleaded guilty in September for his role in the scheme, worked with three LPCiminelli executives indicted Tuesday to “secretly tailor” the Buffalo Billion program to favor the Buffalo company.

Many of the details in the new indictments were already revealed in documents charging the eight individuals.

The indictments include 14 counts against the eight individuals, stretching from wire fraud, bribery, extortion and honest services fraud.

Cuomo has not been charged with any wrongdoing, though the scandal has rocked his administration and led to growing criticism of the way economic development programs are awarded in the state. Known for his direct, hands-on style, Cuomo has said he had no knowledge of Percoco, his close aide, was up to.

In a written statement, Cuomo mostly repeated Tuesday what he said in September. "This is a profoundly sad situation for me personally," he said of the indictments whose target includes his personal friend Percoco. "Now the justice system must take its course, and any of those found guilty of abusing the public's trust should and will be punished."

A top Republican called Cuomo's call again Tuesday for stronger ethics laws "nothing more than lipstick on a pig timed to feign virtuousness.''

"Today is indeed a sad day for the people of New York who are suffering under a corrupt administration that operates with an insatiable appetite for power and control,'' said Edward Cox, chairman of the state GOP.

LPCiminelli said that all company officials “acted lawfully and are innocent.”

“Our company is strong and we are proud to continue serving our community and delivering the highest quality construction work in a cost-effective, professional and integrity-driven manner,’’ the company said in a written statement.

In a Thanksgiving-themed reaction, Percoco’s lawyer, Barry Bohrer said: “This case is a real turkey. We will knock the stuffing out of it at trial.’’ Citing a U.S. Supreme court decision earlier this year that overturned a corruption conviction of a former governor of Virginia, he said Percoco gives thanks “for a system in which a jury can reject the government’s efforts to criminalize conduct that has been found unworthy of prosecution by the highest court in the land.’’ He said Percoco will enter a not guilty plea “because he is.’’

The trail of alleged bid rigging and pay-to-play schemes goes far beyond Western New York, spreading into central New York, the Albany area and downstate, touching major economic development initiatives of the Cuomo administration, including the construction of the huge SolarCity plant at RiverBend.

U.S. Attorney Preet Bharara outlined a system of people close to Cuomo trading in their influence to either benefit themselves or others in schemes involving real estate developers, contractors and a would-be power plant owner in downstate.

Among those indicted today is Percoco, the close confidante of Cuomo who goes back decades with the governor’s family; Dr. Alain Kaloyeros, the former president of SUNY Polytechnic Institute and the governor’s point person on Buffalo Billion projects; and Louis Ciminelli, the head of LPCiminelli, the general contractor on RiverBend’s SolarCity project in Buffalo.

They were arrested in the early morning hours of Sept. 22 following a more than year-long probe by Bharara’s office and the FBI that began with questions about the bidding process for the SolarCity construction project, which  LPCiminelli won. Investigators have said it was a rigged process in which the bidder and state officials teamed up to help devise a contract process to favor LPCiminelli. 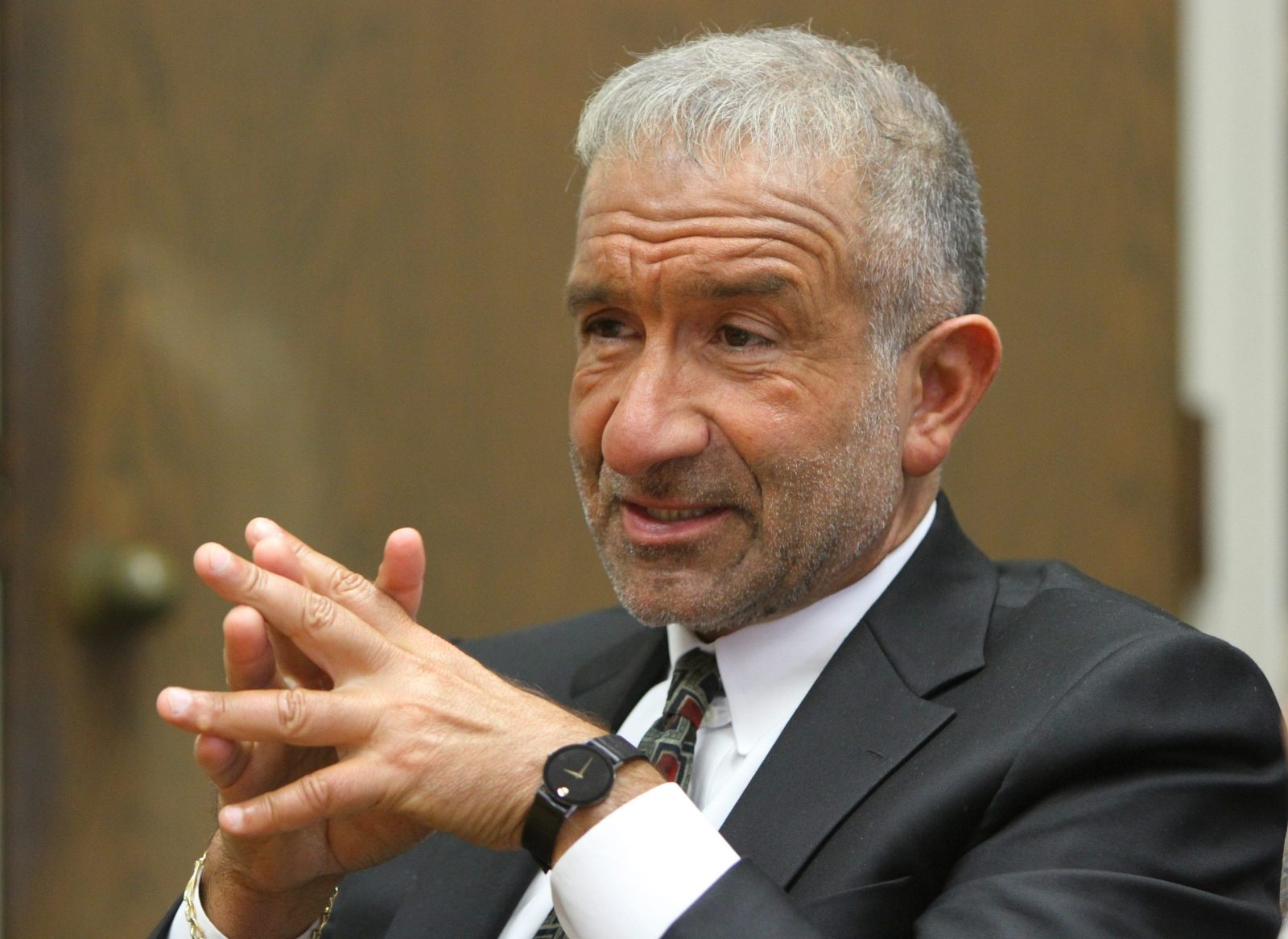 Besides Ciminelli, other company executives indicted are Michael Laipple of Orchard Park, whose alleged crimes included payment of bribes and conspiracy to commit wire fraud; and Kevin Schuler, of North Tonawanda, who was charged with the same crimes.

Both men face a maximum of 30 years in prison on the two counts if convicted.

Ciminelli, a Buffalo resident, has been charged with the same crimes. 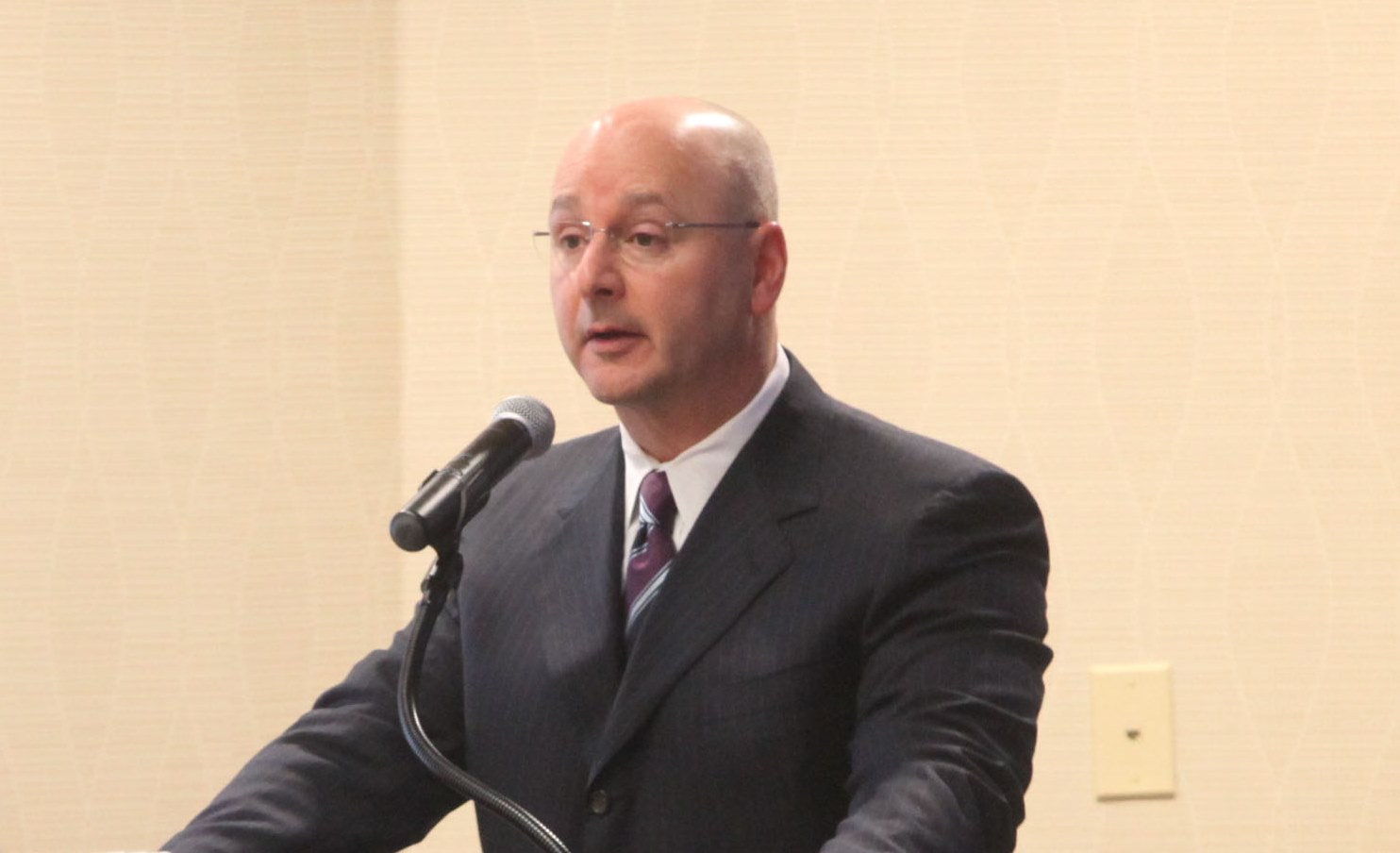 The other high-profile name – because of his ties to Cuomo – is Todd Howe, a Washington-based lobbyist who advised bidders, like LPCiminelli, ad well as Fort Schuyler Management Corp.,  the SUNY entity running the Buffalo Billion program. He previously pleaded guilty and is cooperating with federal investigators since June.

There has been no indication from Bharara that Cuomo is personally a subject of the investigation.

Howe goes back with Cuomo to at least the early 1990s. He even followed Cuomo to Washington and joined the U.S. Department of Housing and Urban Development when Cuomo held a high-ranking spot and then became secretary of the agency.

The cases against the eight individuals cross several projects. Prosecutors say the illegal schemes cut corners on bidding projects, such as the Buffalo Billion contract that  LPCiminelli won  as well as bribery schemes in which an energy company and Syracuse developer COR Development paid more than $315,000 in bribe money to Percoco who used his official authority and close ties to Cuomo to benefit the companies.

Prosecutors also said LPCiminelli paid bribes to Howe, who held worked for LPCiminelli and Fort Schuyler Management Corp., the SUNY-created entity that awarded the Buffalo Billion, Syracuse and other upstate development projects that have been called the signature economic development initiatives for the Cuomo administration.

At the time the charges were first made public in September, Bharara said “pervasive corruption and fraud allegedly infected signature state development projects like the Buffalo Billion program.’’

In the case of the Buffalo Billion, the largest component of which was the state’s construction of the SolarCity plant at RiverBend, prosecutors said the contracting process was rigged to favor LPCiminelli and to dissuade others from bidding. The two upstate developers – LPCiminelli and COR Development – gave Howe “bribe and gratuity payments” and Howe and Kaloyeros worked with Kaloyeros to “deceive” Fort Schuyler’s board to help drive the lucrative contracts to the two companies while portraying to the board that the process had been open and fair.

All defendants have pleaded not guilty to the charges. Besides Percoco, Kaloyeros, Ciminelli, Howe, Laipple, Schulyer, others caught up in the sweeping corruption case are Steven Aiello, the president of COR Development and top COR executive Joseph Gerardi, and Peter Galbraith Kelly Jr., an executive with Competitive Power Ventures, which has offices in Maryland and Massachusetts, and was seeking a state contract to build a power plant in the Hudson Valley.

The cases against Percoco and Howe have attracted much attention in Albany because the two men have been connected to Cuomo, or his father, for more than a generation. The late Gov. Mario Cuomo described Percoco as a third son, according to Andrew Cuomo.

Howe, who worked for Albany lobbying powerhouse Whiteman Osterman & Hanna in a separate Washington office, has been described by people involved in the upstate development projects as a behind-the-scenes player who  pushed the projects’ timetables on track, cut deals to include union labor in the construction and other work and hit up  COR executives for donations for Cuomo’s campaign. 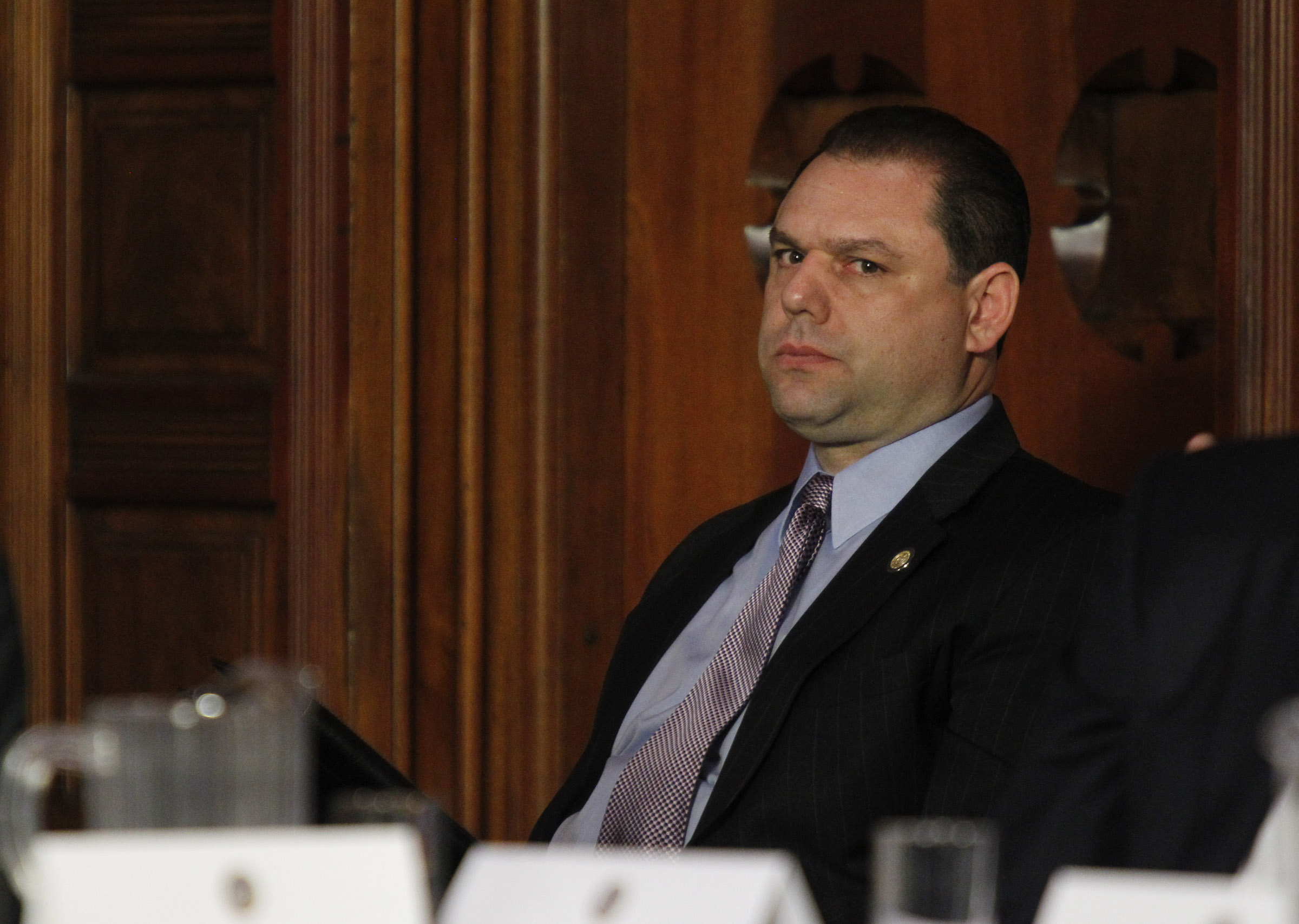 The money from the energy company that Bharara described as bribes were in the form of payments to Percoco’s wife, Lisa Toscano-Percoco, who had a consulting-type deal with the company. Various reports have suggested Percoco and his wife were in over their heads when they moved from a modest home on Staten Island to a large residence in South Salem in Westchester County.

The charges against Kaloyeros come against a longtime SUNY official. Governors going back to George Pataki visited him at his Albany-based nanosciences facility to highlight the region’s growing technology corridor.

Kaloyeros, whose annual salary at SUNY in some years topped $1 million,  was charged with one felony count – conspiracy to commit wire fraud – by the U.S. Attorney.

State Attorney General Eric Schneiderman, in a separate case brought on the same day as Bharara’s case, charged Kaloyeros with two additional crimes related to a scuttled dormitory project by a major Albany-based developer to be located adjacent to SUNY Polytechnic Institute, the facility Kaloyeros founded and has since left since the scandal erupted in September.