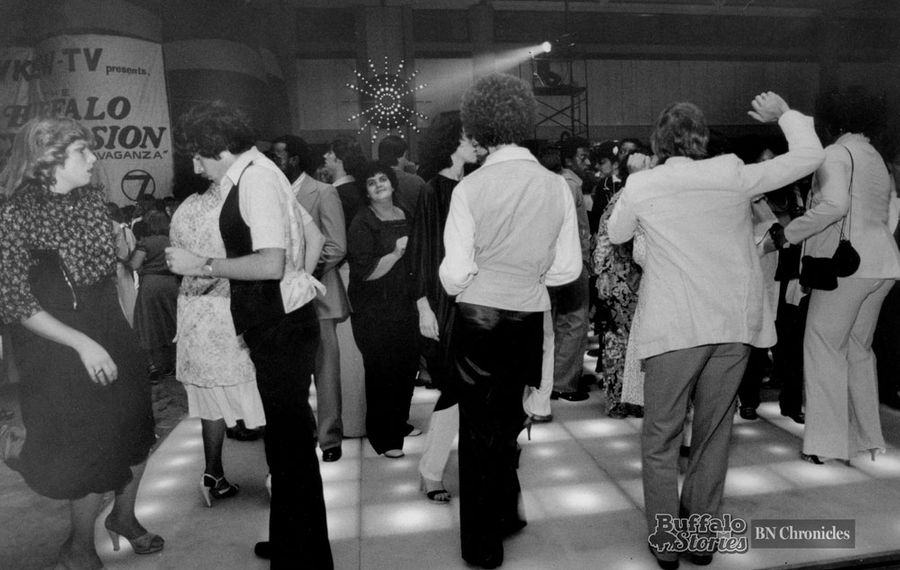 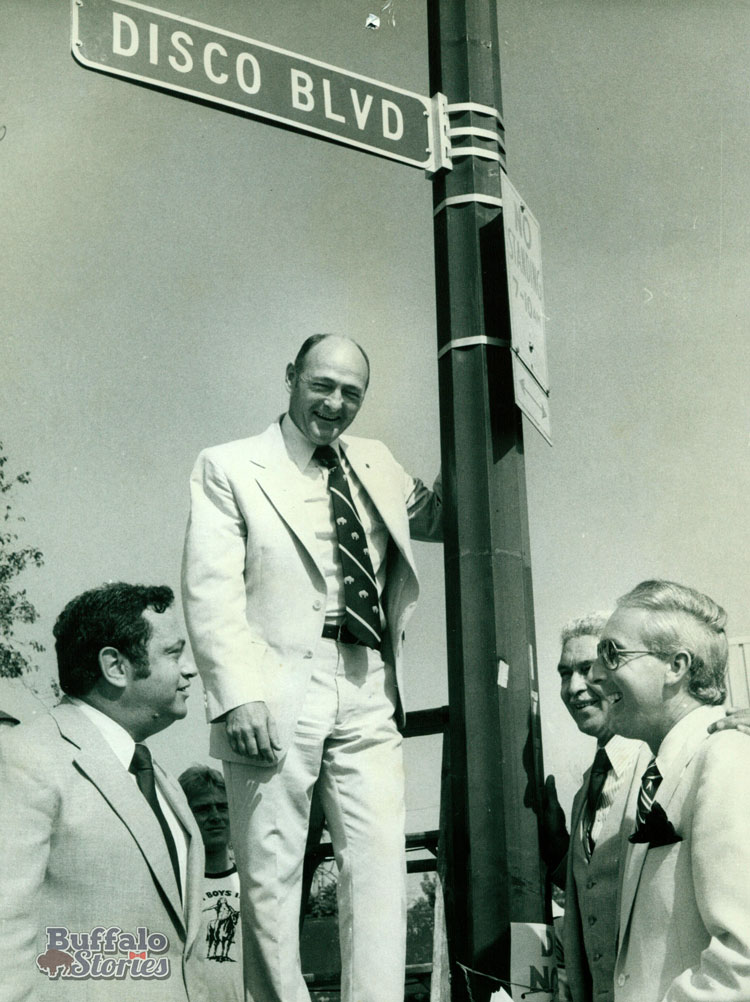 Mayor James D. Griffin helps promote the 1979 quest for a world record at the Buffalo Convention Center in 1979. Record Theatre owner Lenny Silver is among the lookers on. Buffalo Stories archives

In the run-up to what was being billed as “The World’s Largest Disco — 64,000 square feet,” one organizer promised the dance party in Buffalo’s new convention center would be remembered as “the Woodstock of disco.”

As “Captain Disco,” longtime Buffalo nightclub DJ Charles Anzalone was one of the people keeping the dance floor moving. His memories of the night were stark more than a decade later and included “huge dancing disco trains 1,000 people long, snaking through the crowd … confetti cannons going off, and people's drinks getting covered with confetti … glittery platforms and tacky suits from Man Two or Pantastik."

Aside from balloons dropping from the rafters and cannons firing blizzards of confetti, that 1979 show also included a performance from Queen of Disco Gloria Gaynor — who was celebrating her birthday that night.

In keeping with the “world’s largest” theme, the “I Will Survive” singer was presented with a huge birthday cake decorated with water fountains, fresh flowers and sparklers, created by Raymond Tutton of Richard Rays Restaurant on Washington Street. 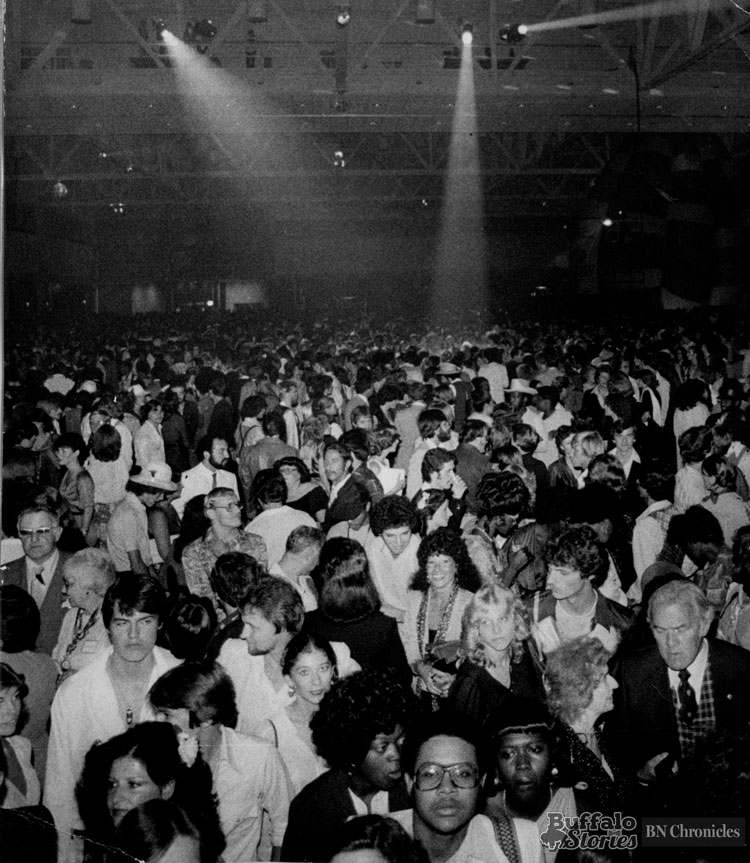 The crowd was into the music at the World’s Largest Disco at the Buffalo Convention Center in 1979.

The cake and flowers were wheeled out on stage by a group of producers and Convention Center employees that included Mark J.F. Schroeder — the current comptroller of the City of Buffalo.

In 1994, disco returned to the Convention Center when a new promoter decided to celebrate the 15th anniversary of the original event. Airline seats from Club 747, signs from the Playboy Club and Mulligan's Cafe, and the infamous "Freddy's Special" wheel from Cassidy's bar all added to the nostalgic look back at Buffalo’s late ’70s dance club scene.

Over the last two decades, “The World’s Largest Disco” has become one of Buffalo’s biggest parties of the year, with tickets for the week-of-Thanksgiving event going on sale in August. While the costumes and the scene at this week’s “disco” would almost certainly be foreign and confusing to someone transported in from that first event, the one thing that remains the same is the music, and at least a few people getting on the dance floor to “turn the beat around.”