Holiday hiring is getting a shake-up.

While the total number of seasonal jobs added to payrolls in November and December is expected to remain on pace with last year, the type of work available continues to evolve to meet the demands of online shoppers.

Seasonal retail jobs in department and big-box stores continue to shift from sales floors and at cash registers to behind-the-scenes work like shipping and online order fulfillment.

The Bon-Ton, for example, used employees in 60 stores last year to fill online orders. This year, it has 150 stores fulfilling internet orders.

At Kohl’s, some workers that might traditionally have been in the front of the house or behind a counter will now be working to process online orders.

As brick-and-mortar stores evolve, seasonal hiring is changing in other ways, too.

“The big change we are seeing is that while seasonal retail jobs remain flat or shrink, there has been a marked increase in seasonal job gains in other sectors,” John A. Challenger, chief executive of employment services firm Challenger, Gray & Christmas Inc., said in the company’s annual seasonal hiring forecast.

As more shopping is done online, holiday jobs in the transportation and warehousing sectors have grown more than any other. All that product has to be stored somewhere, and it has to be delivered.

Last year, jobs in transportation and warehousing employment increased by 200,500 workers in November and December, according to numbers from the Bureau of Labor Statistics compiled by Challenger. Compare that to 10 years ago, when jobs in that category increased by a mere 42,400.

Retailers are expected to hire between 640,000 and 690,000 seasonal workers, which is also about the same as last year’s 675,300 holiday helpers. The retail hires will do things like stock inventory, handle freight, handle customer service and run cash registers.

Chain stores that have announced holiday hiring goals show a varied picture, with some adding workers, some cutting and some remaining flat. Macy’s has trimmed 2,000 workers from last year’s 85,000 holiday hires. The Bon-Ton has stayed at 13,000 and Walmart has remained flat, too. While Target’s overall retail hiring numbers stayed the same at 70,000, it added 7,500 people to its warehouse and fulfillment staff. JC Penney added 10,000 seasonal workers. 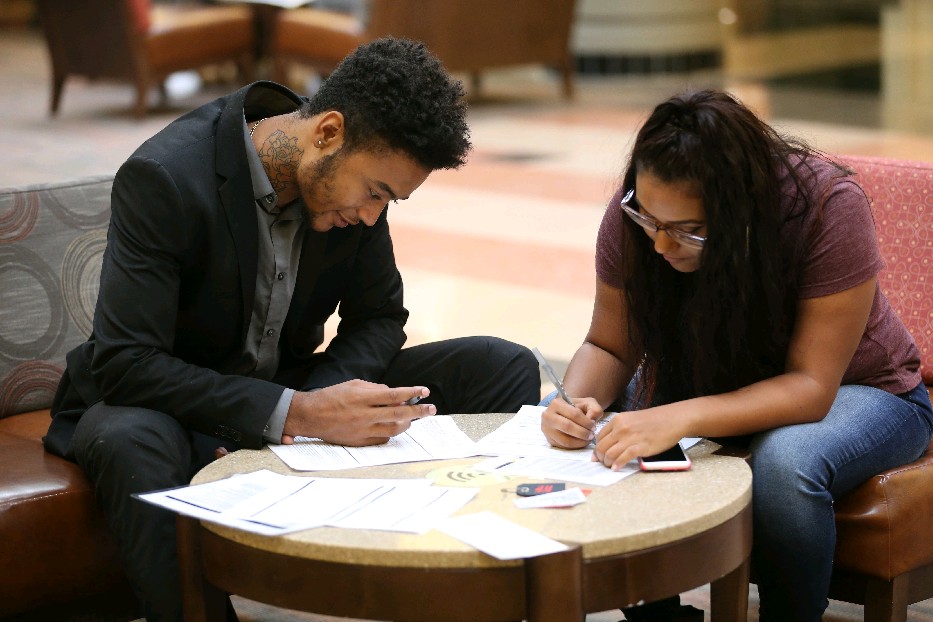 At Kohl’s, where seasonal hiring has remained flat at 69,000 workers, spokeswoman Sydney Hofer said some seasonal store associates will help fulfill Kohls.com orders for shoppers who choose to buy online and pick up in stores, as well as online orders that ship from stores directly to customers.

“Bon-Ton is not moving people from the sales floor or front of house. However, we have added store fulfillment responsibilities to early-morning hours prior to store opening for our associates,” said Christine Hojnacki, a Bon-Ton spokeswoman.

Walmart hasn’t said how many workers it will hire or how many of them will work in order fulfillment, mainly because the company says it is looking at seasonal hiring on a local, store-by-store basis this year.

“Our associate investments over the past two years have put us in a pretty good position to serve our customers during the holidays by simply providing extra hours to our current associates,” said Blake Jackson, a spokesman for Walmart.

The chain said it is working with individual stores to find out which ones can’t meet seasonal needs with current workers.

E-commerce juggernaut Amazon has pumped up its staffing by just 20,000 people this year, bringing it to 120,000 seasonal workers.

The shift in shopping habits continues to change industries beyond retail, as well.

Places such as restaurants, theaters, cinemas and other entertainment venues are expected to get a holiday-season bump in revenue and possibly a bump in seasonal hiring. Led by millennial purchasing trends, consumers have increasingly been gifting people on their lists with experiences rather than things. That can lead to more activity in non-traditional retail businesses.

As more consumers shop online, the shipping industry has become key. Online sales are expected to increase between 7 and 10 percent this year to as much as $117 billion, according to the National Retail Federation. But that increase is not necessarily reflected in that industry’s seasonal hiring numbers.

This year, the U.S. Postal Service, which delivers many of those packages, will moderately beef up its seasonal workforce. It will hire up to 40,000 holiday workers to help this year, in such positions as mail handlers, retail associates, tractor trailer drivers and city carrier assistants. Last year, it hired 29,000.

Even though their hiring numbers haven’t increased, their volumes have. But through efficiency improvements, UPS has focused on processing and delivering more packages using fewer people, the company said. It also already significantly bulked up temporary staffing numbers in recent years.
Despite the ho-hum hiring numbers, retailers are expecting to see a boost in holiday sales, with the National Retail Federation predicting a 3.6 percent increase to $655.8 billion.