The task of selecting the location for a new Buffalo train station will be handed to a blue ribbon panel that will spend a million dollars studying the question over the next six months.

Mayor Byron Brown anticipates announcing the committee members this week, though the site probably won’t be known until mid- to late-2017.

Three sites dominate the conversation so far: Canalside, a short distance from the current station on Exchange Street, the Central Terminal, where Amtrak last operated trains in 1979, and Larkinville.
While it’s too soon to know how much a train station in Buffalo will cost, the new Niagara Falls station, which includes bus service, cost $43 million.

Here is a look at the three sites, their advantages and disadvantages, and the people and groups supporting the different sites.

Return to the Central Terminal

Why: The tangle of rail lines that converge at the Central Terminal -- both mainline and Belt Line tracks -- are the reason the station was located on the East Side back in 1929, 2.9 miles from City Hall.

Other factors: Amtrak trains still pass the Central Terminal on a daily basis, and a new station wouldn’t require adding more property, track work or negotiating between private and government entities for rights of way. Lewandowski said the station would only need to rebuild one platform, add elevators and prepare a part of the concourse to be a waiting room for the station to be ready.

Also, supporters also say a station-within-a-station would be a catalyst in helping re-purpose the mammoth site in the future. This has happened in other of the country’s onetime great train stations, including Kansas City and Cincinnati. 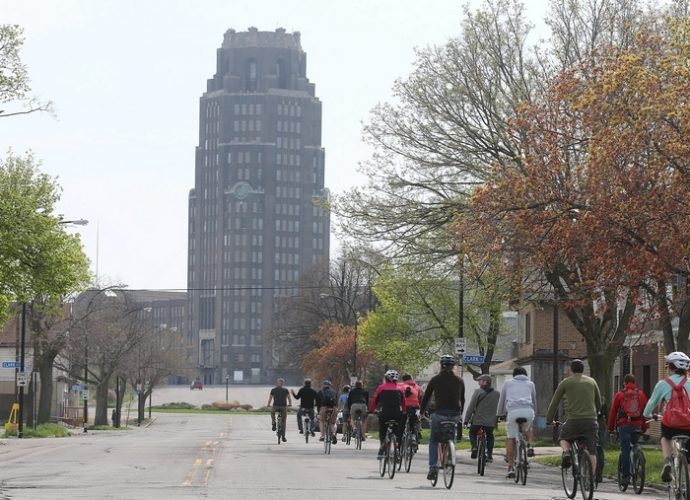 Downside: The site is perceived to be too far from downtown, and in an unsafe neighborhood.

The daily Lake Shore Limited departs from the Depew Station westbound seven days a week at one minute to midnight. The eastbound Empire Service doesn’t arrive into Depew until 4:21 a.m.

Supporters say security concerns would be addressed by having agents on duty around the clock, and the use of private security to supplement rounds made by Buffalo police.

An express bus that once shepherded people downtown from the station also could be used again, supporters say, with the long-term goal of seeing Metro Rail extended from downtown on track that extends to the airport.

Why: They feel it would make a beautiful gateway for travelers into Buffalo, and offer easy access to Metro Rail. (Brown, as the head of the committee, said he is committed to being open-minded, and overseeing a fair and transparent process.)

“The connectivity with the light rail rapid transit, coupled with the proximity to Canalside itself, which has become the most popular destination in Buffalo, would be significant,” said Sam Hoyt, an Erie Canal Harbor board member. “The light rail means connectivity to the Theater District, the medical campus and proximity to KeyBank Center a block away.”

Canalside Pavilion, by the splash pool

Other factors: A downtown station could tie in with a new Bills stadium if it were to be built downtown.

Downside: A station at Canalside, like the current Exchange Street station, would only service rail travel between New York City and Toronto. That means Buffalo still would not be able to provide access for westbound trains to Cleveland, Chicago and points beyond.

Putting the train station at Canalside also would mean continuing to use the Depew Station for trains headed west. The no-frills building, which lacks amenities such as food service, is located about 11 miles from City Hall.

There also could be an engineering challenge in using Canalside due to an existing tunnel.

Why: Rail lines that head west to Chicago and north to Niagara Falls diverge near Larkinville. Sokol envisions a station near the tracks that run above the tunnel at Swan and Seymour streets, with room for buses, taxis and potentially Metro Rail on either side of the tracks.

“We thought, ‘Why not work with what we have, and put a station here that is also next to a really vibrant neighborhood?” said Sokol, who has offices in Buffalo and Los Angeles.

“It could be a miniature High Line,” Sokol said, referring to the popular linear park in Manhattan located on an elevated section of a former railroad spur. “There could be a small station, a transit hub and a small park that’s an amenity for the community.”

Another factor: The Larkinville location would also provide access to Interstate 190. 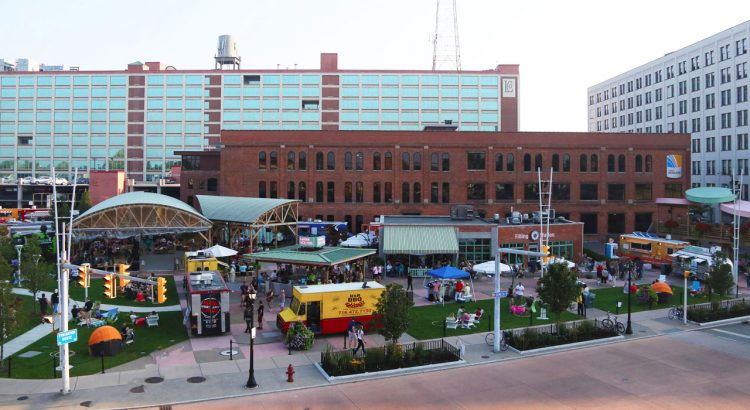 Could Metro Rail expand, too?

Why: Expansion of Metro Rail has long been discussed from the waterfront DL&W station to the airport, with stops at Larkinville, the Central Terminal, the Thruway Mall and Walden Galleria. The transit group favors the Central Terminal, although it will wait for the study’s completion before making a final decision.

It is possible for Metro Rail to expand from the Cobblestone District in increments if there were such an undertaking, said Kim Minkel, executive director of the Niagara Frontier Transportation Authority. The rail link could go east to Michigan Street first and, potentially, to Larkinville and to the Central Terminal and beyond.

The cost of extending Metro Rail is roughly $100 million per track mile, Minkel said. The track distance from the Central Terminal to the DL&W Building is about three miles.

Mayor Brown doesn’t expect Metro Rail expansion to be part of the scope of the committee.

“It’s not at the core of what the governor has asked me to do,” Brown said. “I think really the initial charge – and we don’t have a lot of time – is to determine the site where the Amtrak station should be located. I don’t want to lose focus on that. I want to make sure that that is the primary focus of the work of this committee, but there are certainly a range of other things that could come up that might make sense for us to consider.”

Brown said he has assigned city staff to the committee he will name soon. His administration is also working with the state to hire a consultant for a study he hopes to complete in under six months.
The mayor already named Robert Shibley, dean of University at Buffalo’s School of Architecture and Planning, to facilitate committee discussions.

New York state has set aside $25 million for a new Amtrak station in Buffalo in a five-year capital improvement plan. Although the funds won’t become available until 2018, that’s where the $1 million for the location study will come from.

Higgins believes the state money and completed study could put New York State in an advantageous position to apply for matching federal funds from a future transportation infrastructure bill he expects to be larger than usual.

The federal Department of Transportation, under Secretary Anthony Foxx, has looked favorably on intermodal projects and projects in economically depressed areas, although it remains to be seen whether that’s an approach a Trump administration will continue.