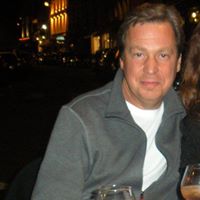 Born in Buffalo he was a graduate of John F. Kennedy High School. Following graduation, he became involved in the music business. He was a self-taught guitar player and performed locally in a number of area groups as well as national bands, including the Allman Brothers Band and Bo Diddley. Later he went to work for Harvey & Corky Productions, promoting concerts through the 1970s.

He was the owner and operator of M15 Video Surveillance Company. He installed security systems in homes and businesses throughout the Western New York area and used his tech savvy to help people become more proficient in the use of technology.

Mr. Radeff was know for his generosity to those in need, regularly donating to the Chapel, Grace for God Church and the SPCA of Erie County.

He was an avid traveler and dog lover. He enjoyed cooking and continued his family tradition of holiday dinners following his father's death.