"I'm going to anticipate months, and unfortunately, the worst parts of our seasons are coming," Szymanski said. "When you have winter coming, you're going to have lake-effect snow covering up debris. And it adds extra weight and more difficulty getting to things."

The mayor met Monday morning with city department heads — including the city attorney, chief of public works, chiefs of the fire and police departments, the city engineer and top code enforcement officer — to assess the aftermath and prepare for the week ahead.

The week will include further demolition and extinguishing small fires that break out at the site. Also, more air monitoring will be done, and the arson investigation will continue, Szymanski said.

For the first time since the fire started early Wednesday morning, Route 5 was opened to workweek traffic. It first reopened Saturday.

"The fire department is still fighting hot spots throughout the steel plant property and possibly will be fighting hot spots for a few more weeks," Szymanski said. "Whenever we pull off a hot plate or something that collapsed in, they find that the oxygen gets to it and it sparks up a new hot spot fire. So they are constantly putting these little battles out."

Szymanski also offered other details about the fire:

In a house across the street from the former Bethlehem Steel plant last Wednesday morning, Tom Kozakiewicz, his fiancée and two children woke up to a house full of smoke. 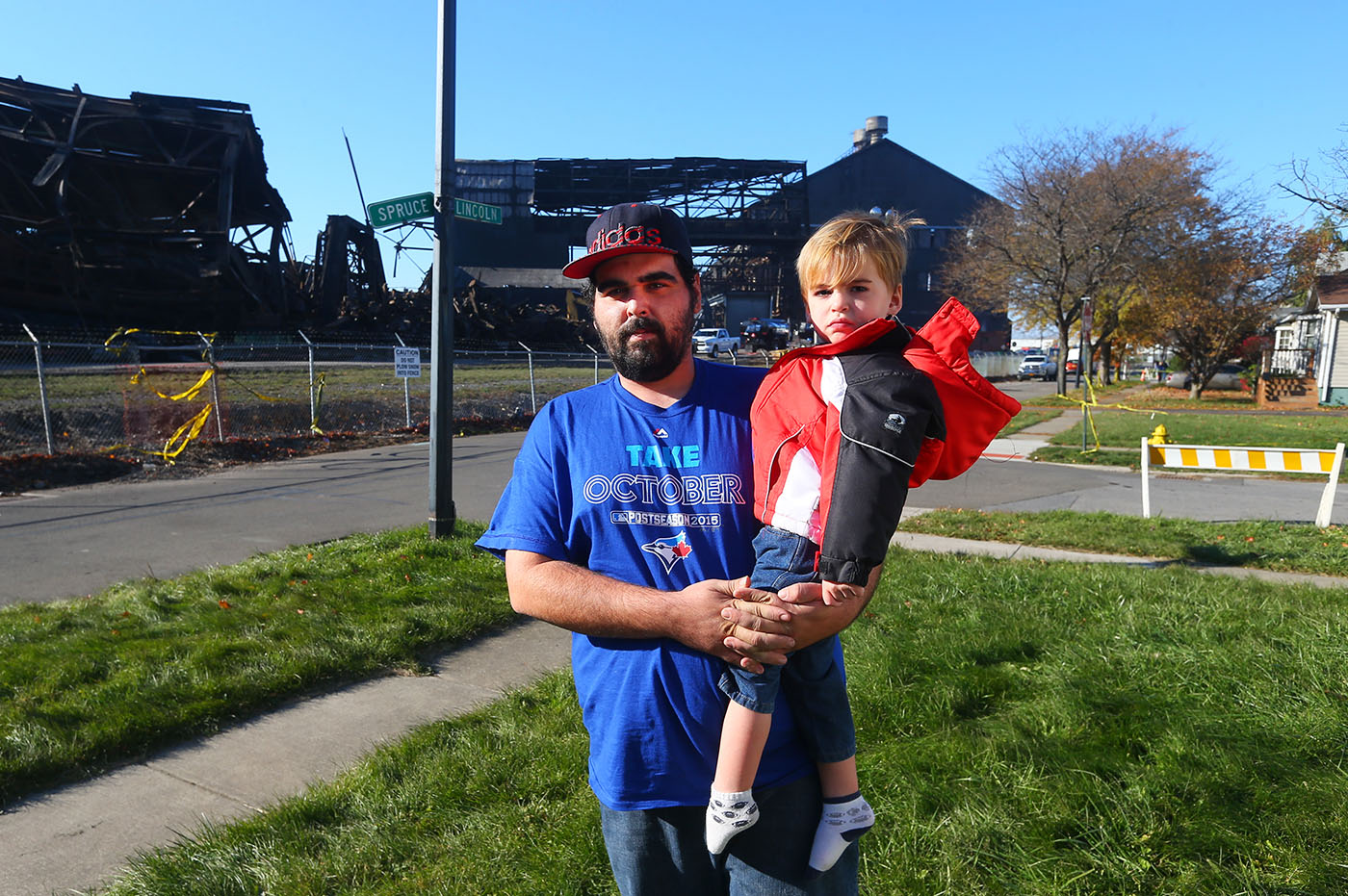 Tom Kozakiewicz and his son, Trevor, 2, live right across the street from the site of the Bethlehem Steel fire. They returned home after the evacuation to find it still smelled like smoke and plastic. (John Hickey/Buffalo News)

His fiancée stayed behind, but eventually decided to leave.

Officials allowed Bethlehem Park residents to return to their homes starting at 2 p.m. Friday. The Kozakiewiczes were staying with Tom’s parents in Blasdell.

They went back to their home Sunday night. When they walked in, they found smoke still in the kitchen. There’s a faint odor of plastic in the rest of the house, he said.

So Monday morning, they decided to leave again.

[Who will pay for the massive fire in Lackawanna?]

Since the fire started, each member of the family has had “horrible” headaches, chest pain, breathing problems and congestion, he said.

“I came back a couple times” since the family evacuated, Kozakiewicz said. “The house was just full of smoke.”

Kozakiewicz said he believes the evacuation order should never have been lifted.

“It’s very frustrating not knowing what’s going to happen,” he said, worried he and his family may face health issues down the road.

Szymanski cautioned not to draw any conclusions by the presence of arson investigators at the scene.

"Whenever there's a fire, there's an arson investigation team that shows up," Szymanski. "It's just something they have to do."

He added: "This one's going to take a little bit longer because they have to identify where the fire started and they have to see if there was any funny business, or just an industrial accident."

There's no initial indication of foul play, but the investigation is continuing, he said.

[What made fighting the Bethlehem fire so difficult] 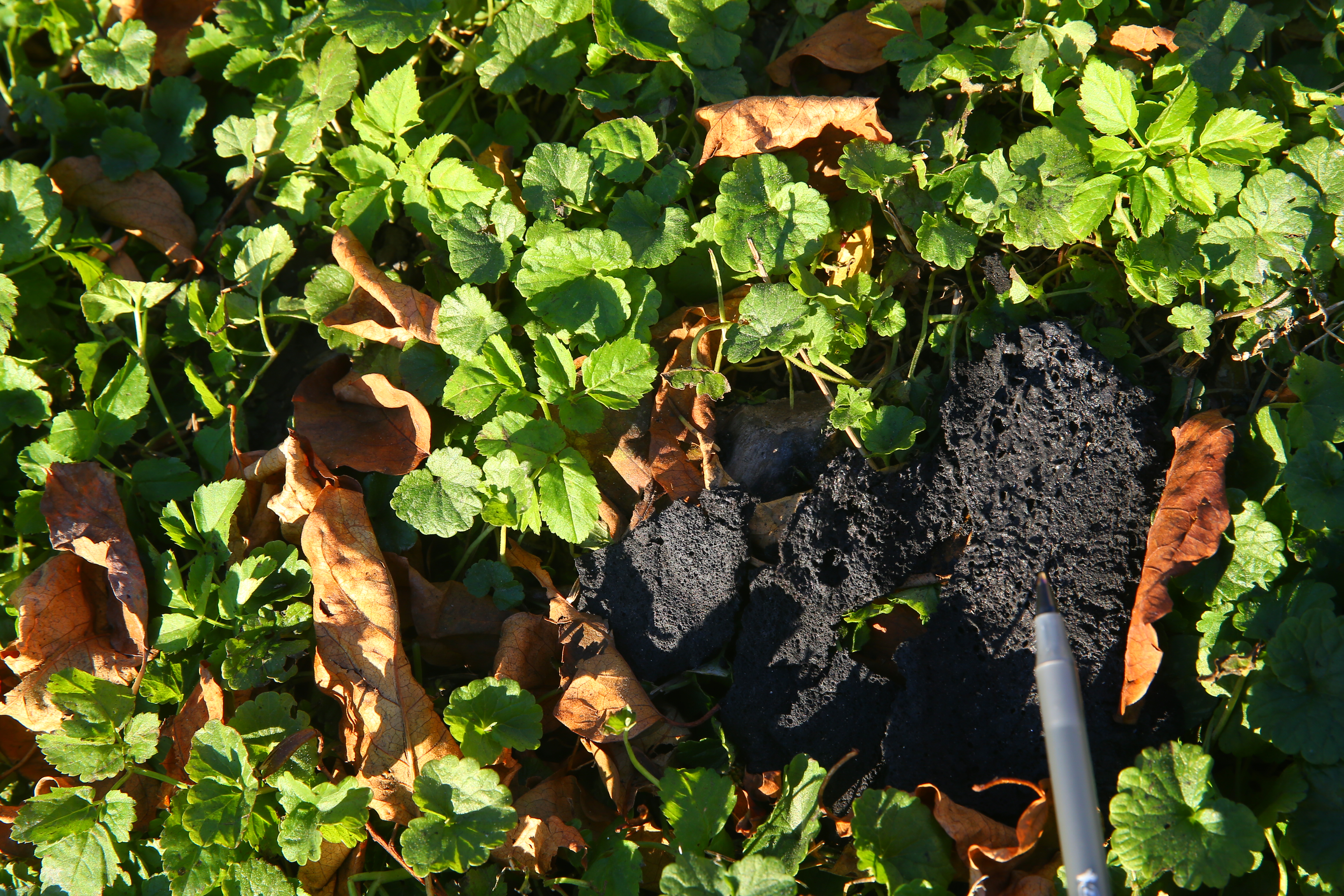 Debris from the Bethlehem Steel fire could still be found on lawns along Lincoln Avenue on Nov. 14. (John Hickey/Buffalo News)

Meanwhile, the City of Lackawanna will provide additional air monitoring equipment at "strategic locations" around Lincoln Avenue and nearby Bethlehem Park, just north of the fire scene, the mayor said.

Those will be in addition to the state Department of Environmental Conservation air monitors in place at the Bocce Court in Bethlehem Park and the city's Second Ward.

Exact details of what was in the smoke during the fire probably won't be known until the end of the week, Szymanski said.

He added: "Right now, it's still at what they consider background elements, which I guess is a good sign. Nothing dangerous at this time."

Antique cars in storage, boats, cardboard and plastics burned inside the building.

Damage estimates are still being figured.

"It's going to be a very large amount," the mayor said.

Demolition and cleanup work will continue as Lackawanna as State Troopers provide around-the-clock security for the site.