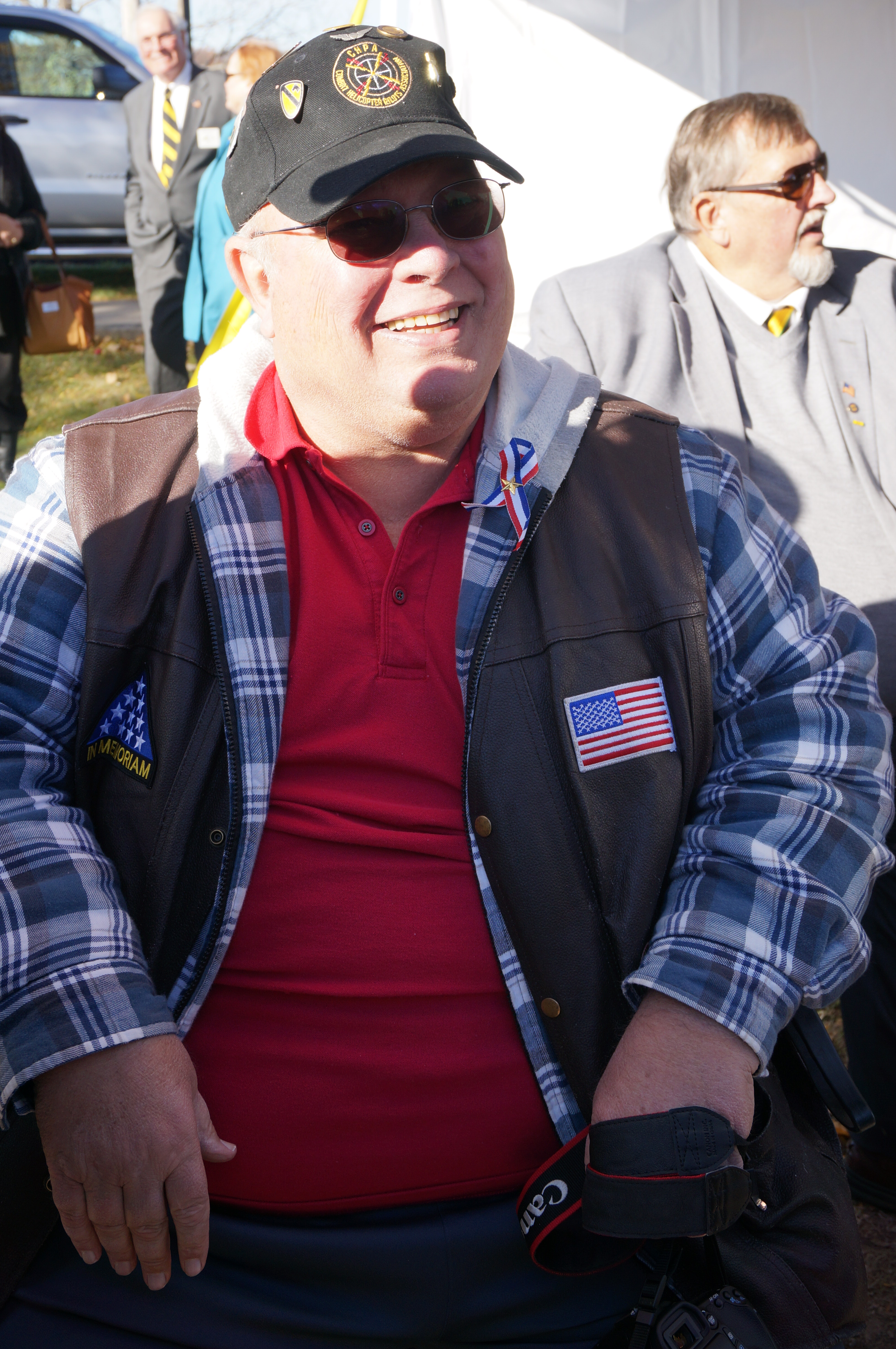 Jimmie D. Ferguson traveled from Bowling Green, Ky. to attend the dedication. He was piloting the Cobra helicopter at the center of the new memorial when it was shot down in Vietnam in 1972.

For Jimmie D. Ferguson, a helicopter at the center of a new Vietnam veterans memorial in Tonawanda symbolizes much more than the events of Jan. 19, 1972, when he and Capt. Michael E. Neufeld were shot down in it and narrowly escaped.

Ferguson drove 10 hours from his home in Bowling Green, Ky., to Tonawanda, where he was a guest of honor and greeted warmly by many of the 1,100 people in attendance on a crisp, fall day.

They traded war stories, posed for photos and shared remembrances of the divisive conflict.

"They were just thanking me for being here -- for making the trip here," Ferguson said. "I'm just thrilled to be here. It meant a lot to me to be here."

Among those who approached Ferguson was Marie "Philly" Sdao, whose husband, Ron, an Army veteran, died in March. Ron Sdao was secretary of Chapter 77, Vietnam Veterans of America," which built the memorial, and a member of its monument committee.

After his death, she purchased one of more than 500 bricks on a wall behind the helicopter to memorialize her husband's service as a specialist 4th class in the 135th Heavy Equipment Maintenance Company. 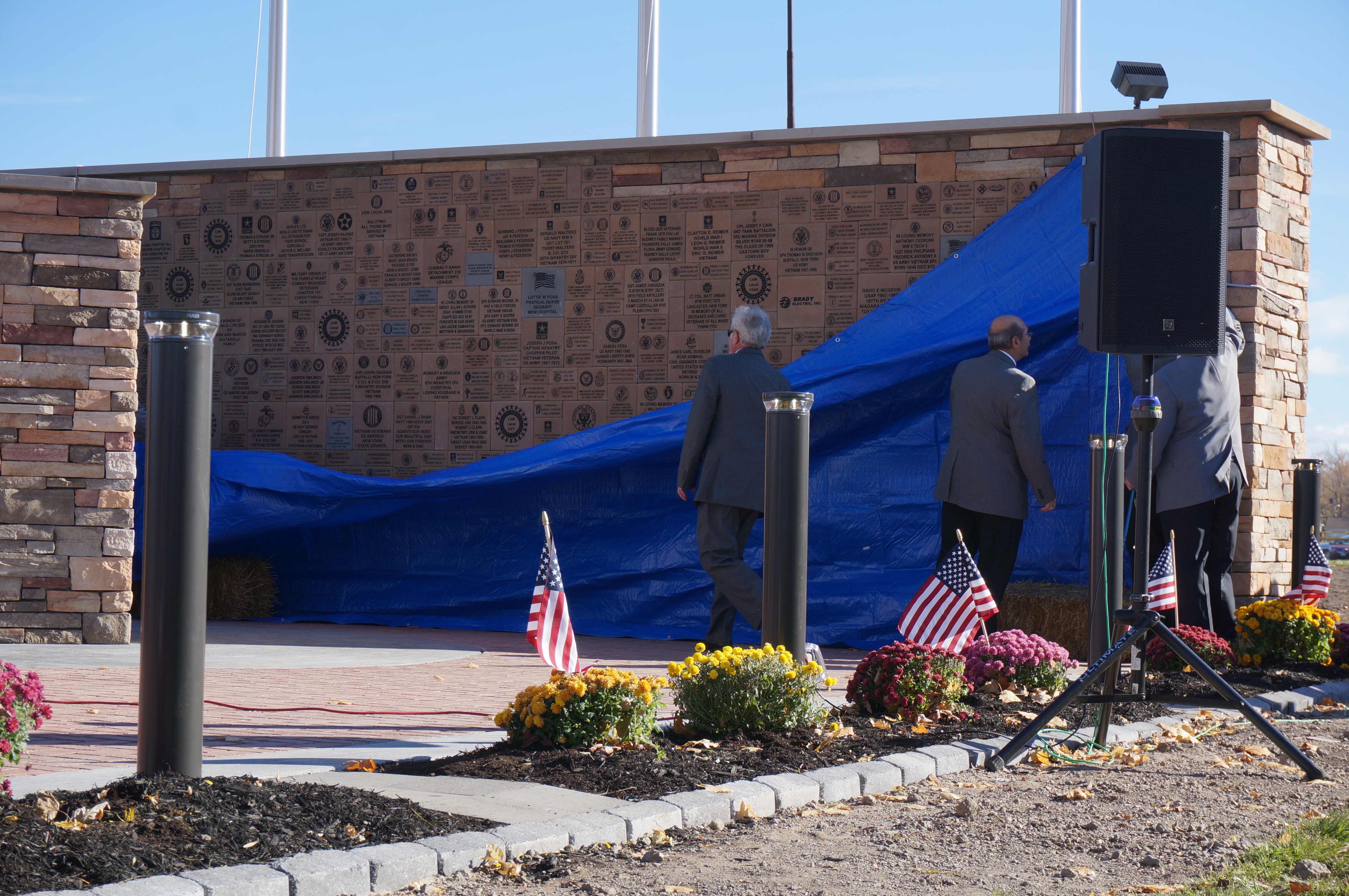 Members of Chapter 77, Vietnam Veterans of America unveil a wall of engraved bricks at their new memorial.

She and Ferguson shared a tearful exchange as they each spoke of the recent death of a loved one. Ferguson's best friend, an Army buddy named Joel Ferguson, died in October 2015.

"It gave me peace to know there are many men like him, many servicemen like him, who served their country and still are able to sit here and talk about it," she said of Ferguson.

Ferguson had long wanted to see the Cobra attack helicopter since he discovered it was in storage at the Niagara Aerospace Museum. When the museum made a long-term loan of the Cobra to the local chapter for the memorial, he decided to make make the trip.

Ferguson said he was "surprised" at the reception he got Saturday because, "People didn't think much of Vietnam veterans." He said he is glad to see Iraq and Afghanistan veterans today have not been treated the same way.

It was a point reinforced by State Sen. Robert G. Ortt, a veteran of the war in Afghanistan, who said he and other recent veterans owe Vietnam veterans a debt of gratitude for the applause, cheering crowds and services available when they return home today.

Veterans advocate Patrick Welch said the Cobra was a "lifesaver" to infantry when they needed air support.

"The bravery of those pilots who made strafing runs through direct ground fire time and time again, firing their rockets and their nose gun, was an incredible sight to watch," he said.

He recounted Ferguson's story of Jan. 19, 1972, concluding that, "Many of us are here today are alive because of heroes like Jimmie Ferguson and Capt. Neufeld."