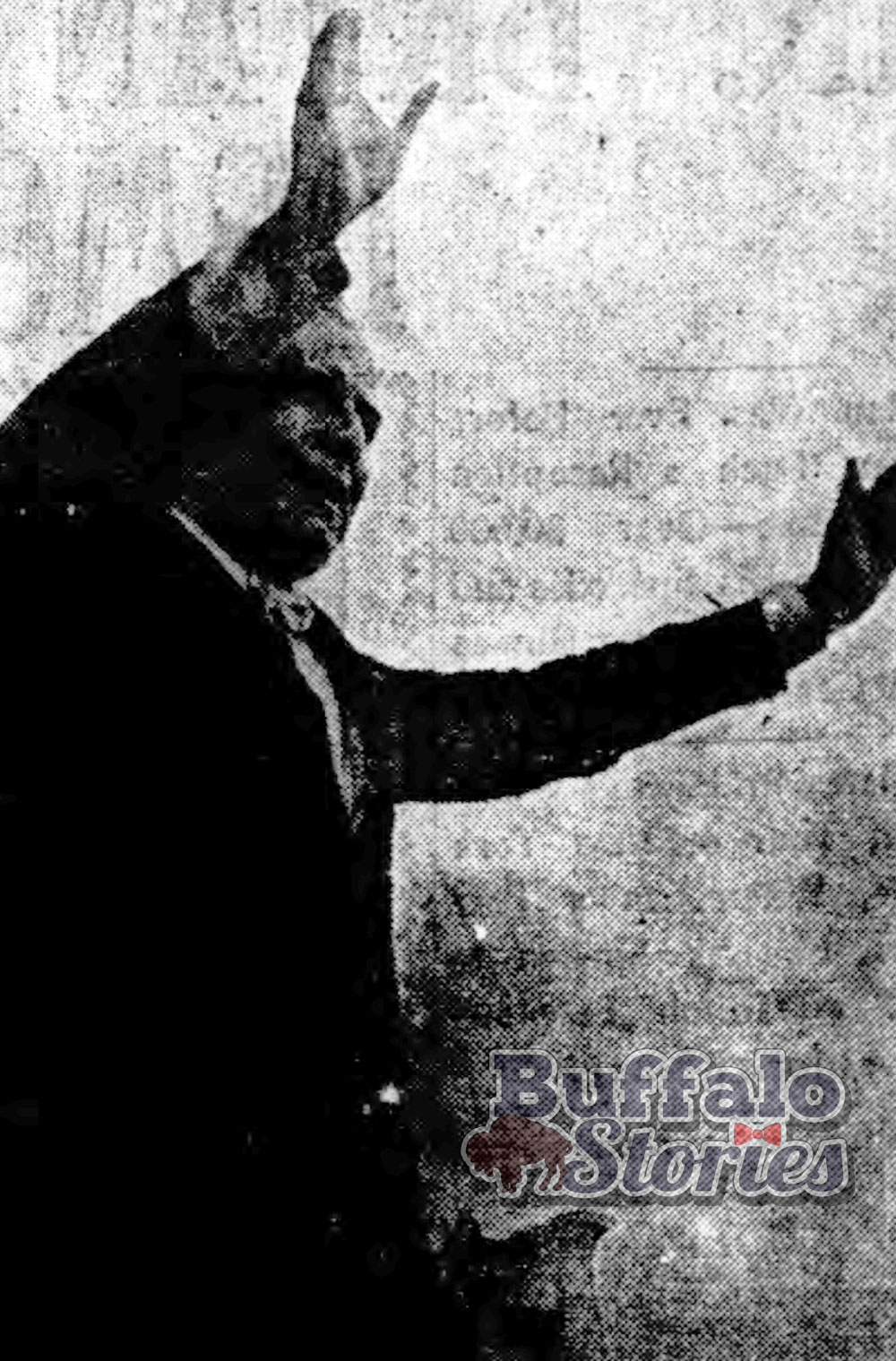 As he campaigned against President William McKinley, Congressman (and later Secretary of State) William Jennings Bryan filled the streets of Buffalo’s East Side as thousands jammed into the Broadway Market and surrounding streets to hear Jennings speak. 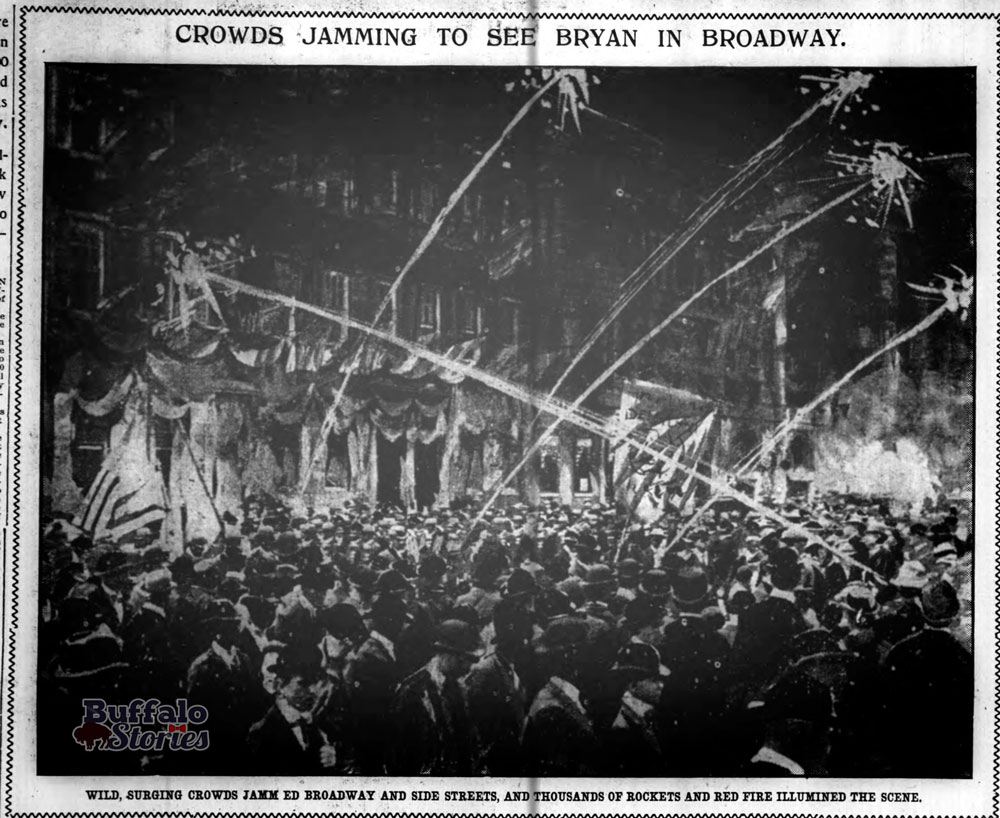 “On the East Side it seemed as if the whole populace had turned out to shout and cheer for Mr. Bryan,” wrote the Courier. It was estimated that 25,000 heard him at the Broadway Market, and another 8,000 heard an address at a convention hall. Another 40,000 lined the route between the two places.

Kansas’ governor came to Buffalo in his bid to unseat Franklin D. Roosevelt after Roosevelt's first term in office. 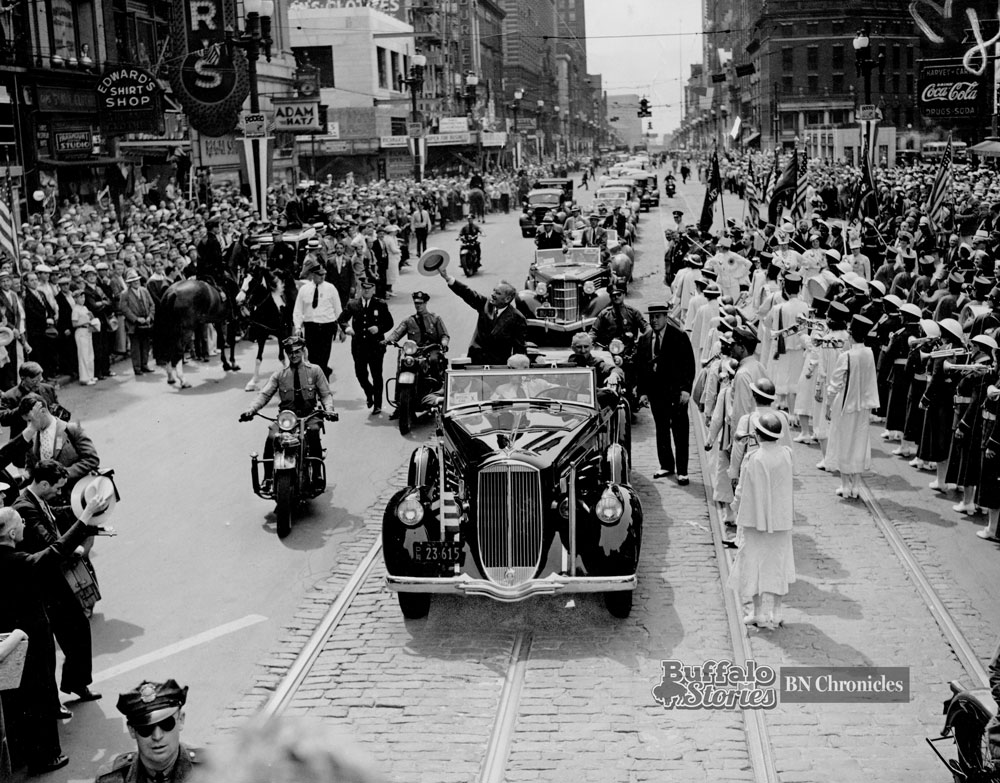 Alfred Landon waves his hat to Buffalonians lined up in Shelton Square and along Main Street in August 1936. Today at this spot, you would see One M&T Plaza to the left and the Main Place Tower and Mall to the right.

After parading through the streets, Landon stopped at the Statler Hotel for a tea put on by Buffalo’s Republican women. That night, Landon held a rally under the lights at Offermann Stadium, which was the home of the Bisons from 1924 to 1960. 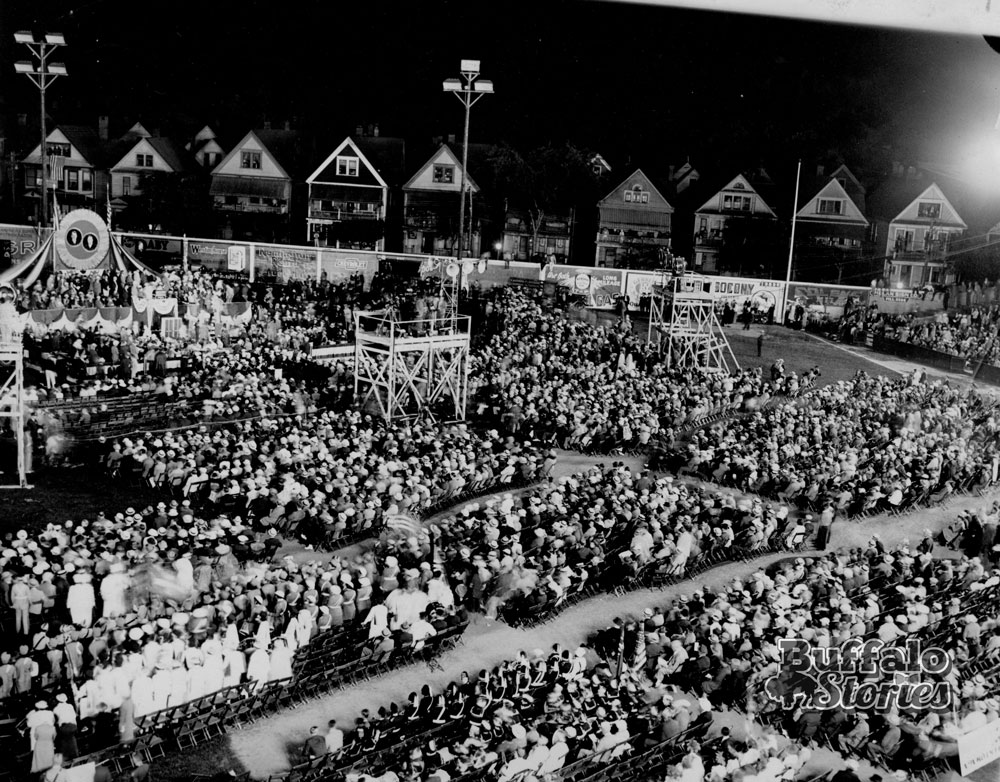 Landon rally at Offermann Stadium. The ballpark was one block east of Main Street at Michigan Avenue. The spot is now occupied by the Buffalo Academy for Visual and Performing Arts. (Buffalo News archives)

Stevenson was the man who took on Gen. Dwight Eisenhower for the Oval Office being vacated by Harry Truman in 1952. He then ran against the incumbent President Eisenhower in 1956.

Named after his grandfather — who was vice president during Grover Cleveland’s second term — Stevenson was governor of Illinois and was later named ambassador to the United Nations by President Kennedy. 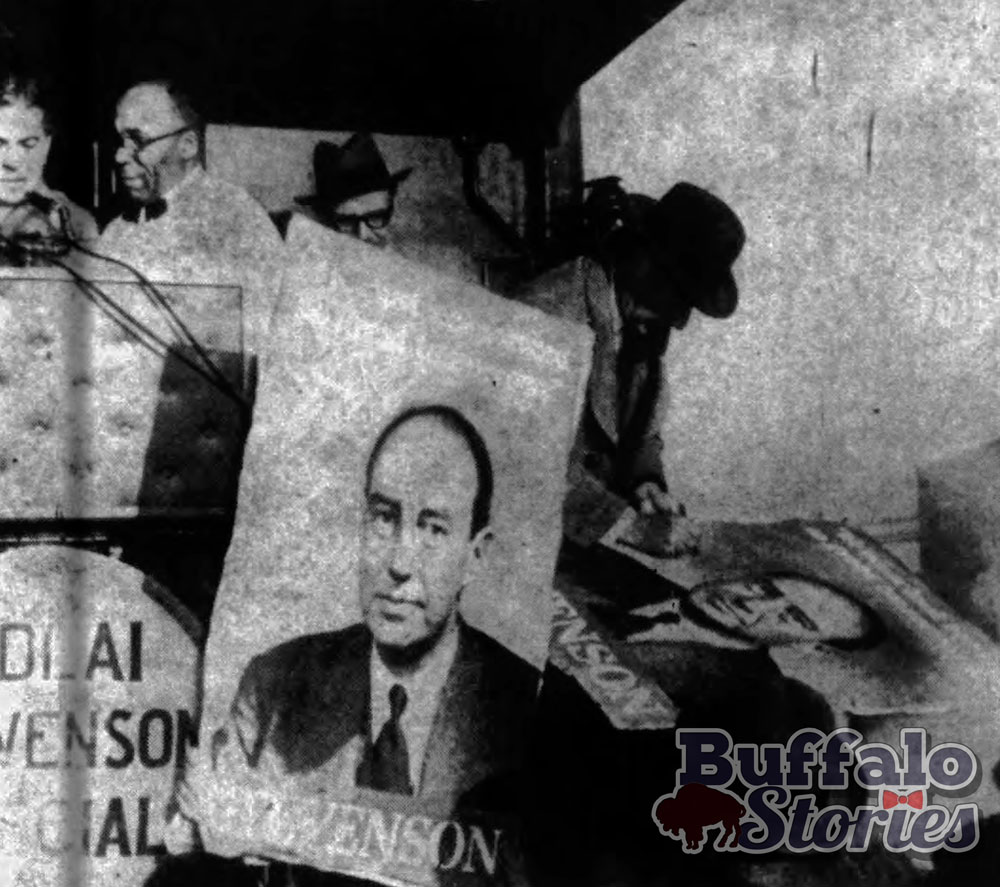 Adlai Stevenson signs a campaign poster from the back of his train in Niagara Falls. Stevenson spoke to about 1,000 people just outside Niagara Falls’ New York Central Station.

The Arizona senator joined his running mate, William E. Miller, in the congressman’s hometown of Lockport for a September 1964 campaign stop. 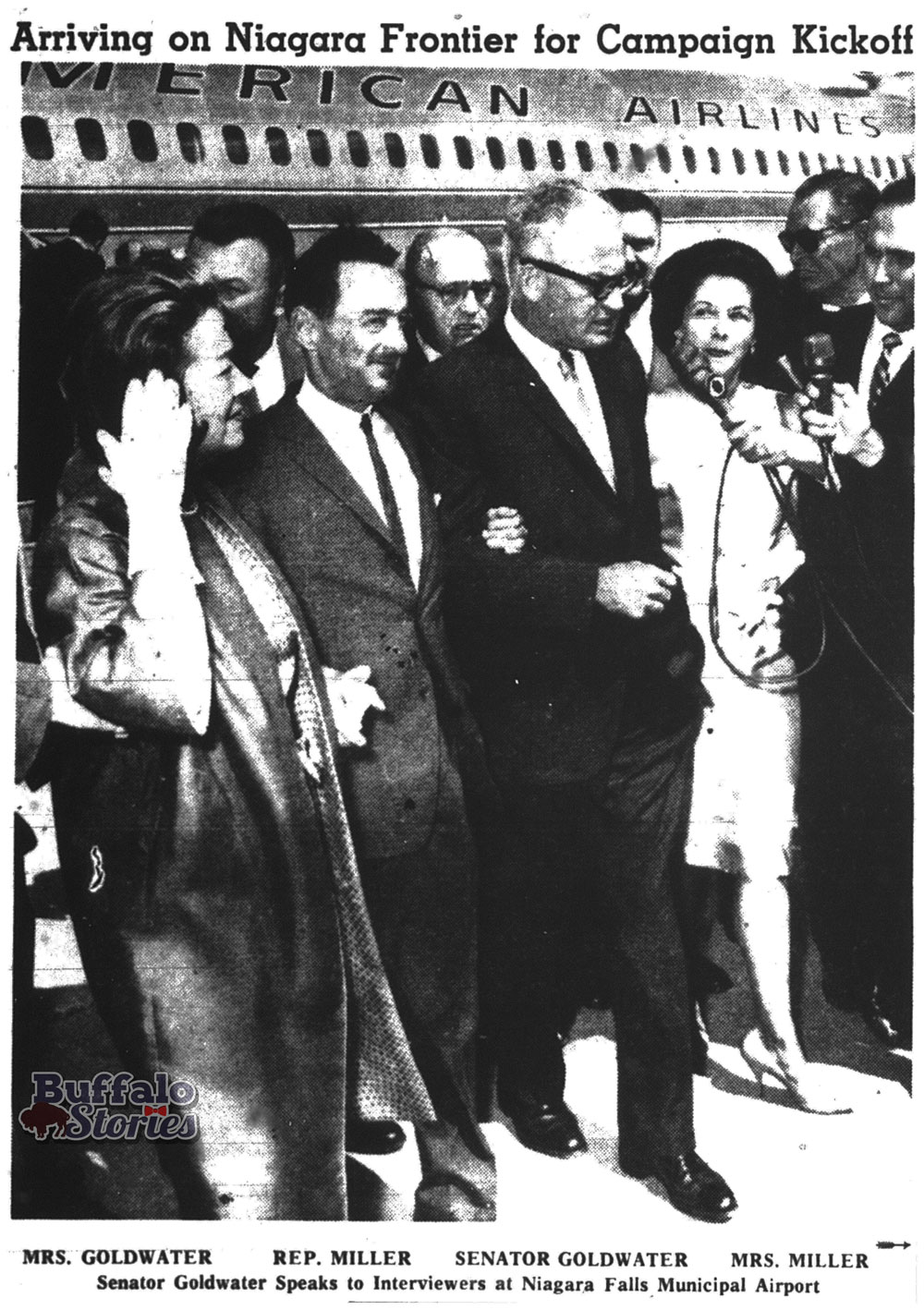 It was declared “Bill Miller Day” in Lockport in honor of the candidate for the vice presidency.  The crowds were compared favorably to four years earlier, when John F. Kennedy — then a senator and candidate for president — barnstormed through Niagara County, including a speech in Lockport.

One difference — despite the crowd's being made up of people who knew, loved and were proud of their neighbor and his accomplishments — as many as 100 Niagara County sheriff’s deputies were there to keep order and protect the candidates. The stop was only 10 months removed from the assassination of President Kennedy.

Vice President Humphrey picked up the mantel of the Democratic Party following President Johnson’s announcement that he wouldn’t run for re-election, and then the assassination of Robert F. Kennedy. 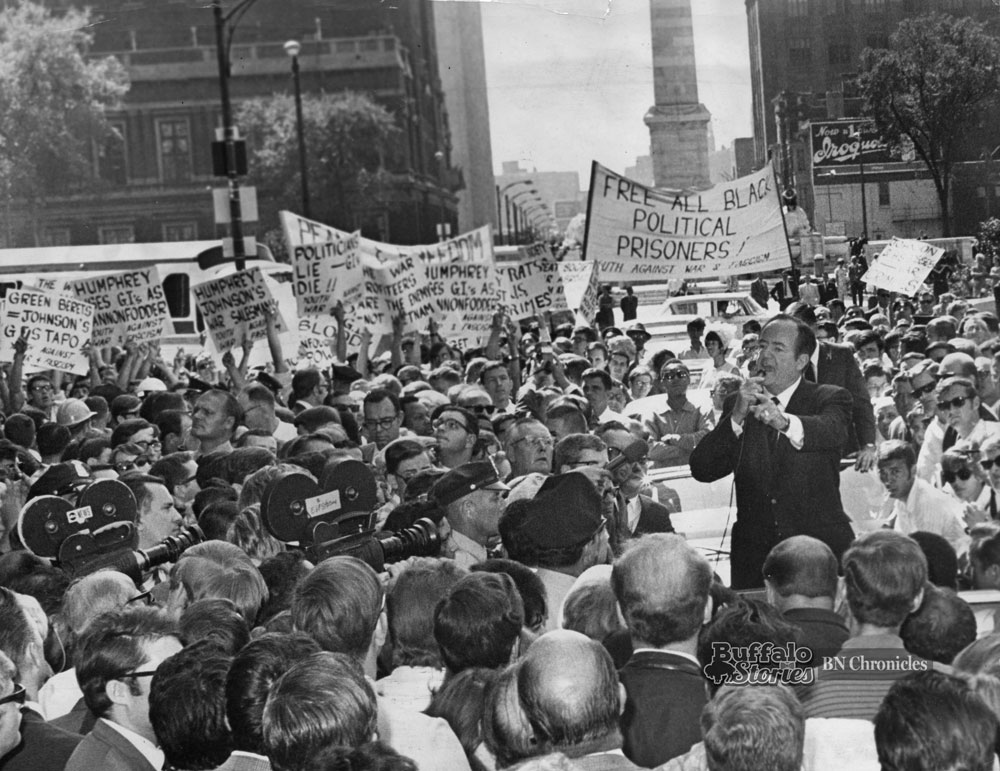 Hubert Humphrey speaks with anti-Vietnam War protestors, standing on Delaware Avenue, just off Niagara Square in front of the Statler Hotel in September, 1968.