So many impeccably crafted lyrics, such rich and compelling melodies, and oh, what a deep catalog lined with gems to choose from.

Elvis Costello arrived at the appropriately resplendent Shea’s Performing Arts Center on Wednesday with a gift bag that overflowed with treats, and he wasn’t skimpy about handing them out.

Backed by his stellar band, the Imposters – bassist Davey Faragher, and longtime Costello compatriots Steve Nieve (piano) and Pete Thomas (drums) –and a pair of heavenly harmony singers - the man born Declan McManus gave the assembled several hours of some of the most intelligent pop music to have emerged from the late 20th and early 21st centuries.

Costello’s current tour arrived beneath the moniker “Imperial Bedroom & Other Chambers,” a reference to the 1982 album many fans consider to be one of his finest, but Costello has never been one to hold to lines drawn by others, and so, Wednesday’s show offered no mere front-to-back run-through of that album.

In fact, Costello ran amok through his catalog, grabbing tunes from wherever he pleased, with the one caveat that, as he said in a press release announcing the tour, he’d concentrate on “the songs that led in and out of that velvet-trimmed playhouse” that is “Imperial Bedroom.”

He and the band did end up playing a fair amount of the titular album, even if they took the long way 'round. After opening with a full-bodied and raucous "The Town Where Time Stood Still," a strident run through "The Loved Ones" reminded us what a sterling composer of power-pop gold Costello is, and the arrangement for 3-part vocal harmony by bassist Faragher topped the cake with a richly sweet icing.

"Accidents Will Happen" was taken at a brisk tempo, and we saw that Costello had come to work - the song is both a linguistic and melodic tongue-twister, and the man nailed it.

"Tears Before Bedtime" and a sparkling new arrangement of "Shabby Doll" raised the emotional pitch, and provided the man of the hour ample opportunity to show off his raw, primal, punk-ish but deeply musical guitar playing.

A noir-ish, dimly lit "Watching the Detectives" turned into a lengthy, inspired reggae-themed jam, and again, Costello worked his Fender Jazzmaster electric like a man with something to prove. This was both raw and refined magic.

By this point, we'd realized that this group of musicians boasted virtuosity and classy understatement in equal measure. Drummer Thomas and bassist Faragher crafted a velvet-lined pocket and worked it throughout, while Nieve married classical motifs to honky-tonk urgency and a jazz-informed subtlety. All of this served Costello - in incredibly strong, vibrato-laden voice - unfailingly well.

The "Imperial Bedroom" material never sounded so good, and Costello and company treated the crowd to a lengthy encore, kicking it off with a lovely, stripped-down version of the man's first hit, "Allison."

For fans of Costello's singular songwriting and his band's marriage of muscle and finesse, this was as good as it gets. 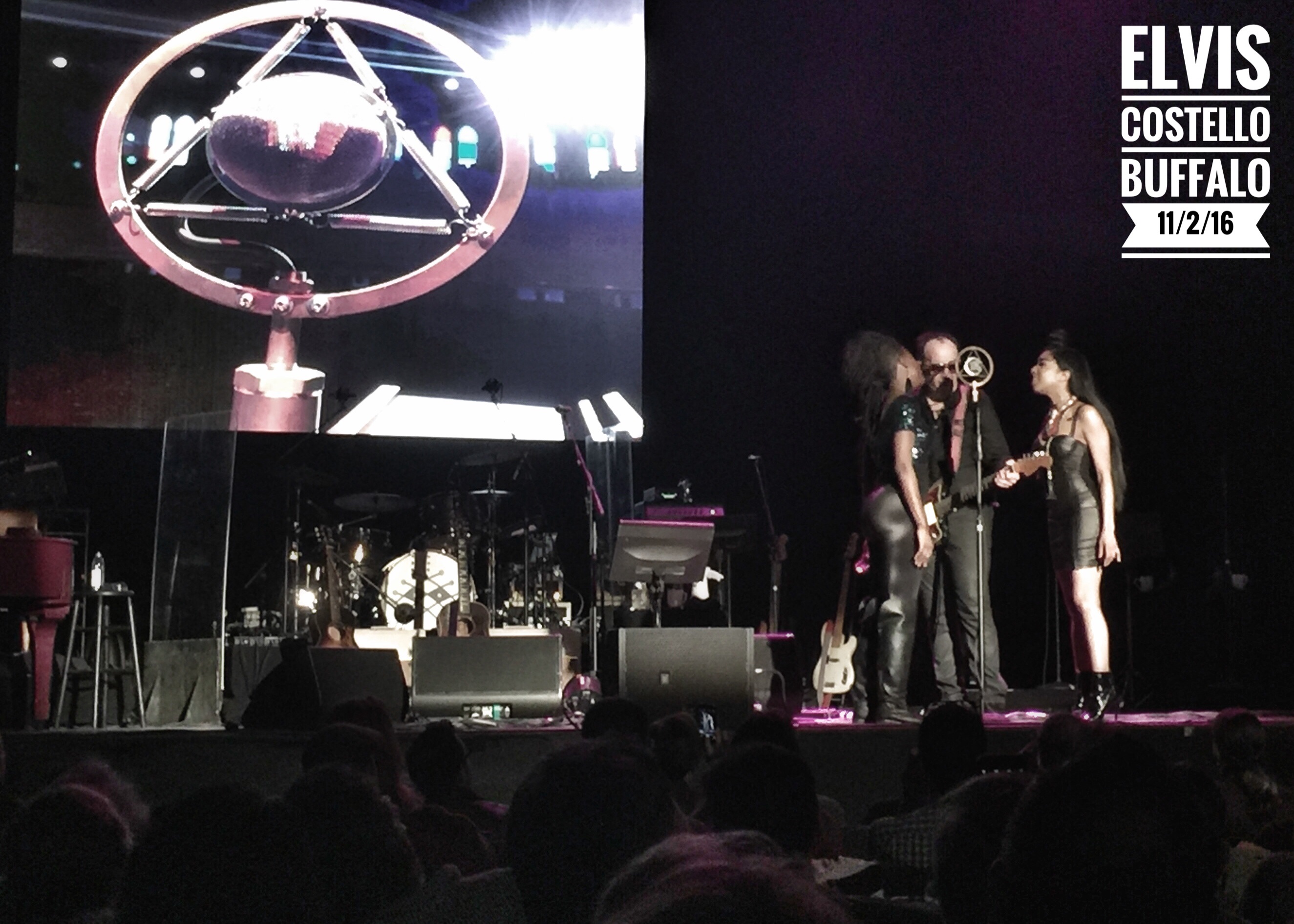