There are a number of things that the state Department of Environmental Conservation doesn’t have a taste for, and one of them is poached salmon.

Three men accused of snagging 69 salmon with an illegal hook and a net at night learned that the hard way after one of them tried to elude authorities by swimming across a creek while another led police on a wild chase in the woods of Niagara County, DEC officials said.

The three were arrested about 2 a.m. Wednesday by DEC conservation officers, who accused them of poaching salmon in Eighteen Mile Creek near Burt Dam in the Town of Newfane.

DEC Police Lt. Jim Schultz said the men were observed snagging the fish, tossing them in plastic garbage bags and dragging them up a hill for transport by pick-up truck for future meals.

Schultz added: "We have no evidence they were anything other than what they said."

The suspects were charged with 32 violations, including fishing without a license, taking fish over the daily limit and illegal fishing at night, according to the DEC. Ironically, the state Health Department has a “do-not-eat” advisory for fish from the creek, which is listed on the federal Superfund list of toxic sites.

All of the men were U.S. citizens of Russian descent, officials said. 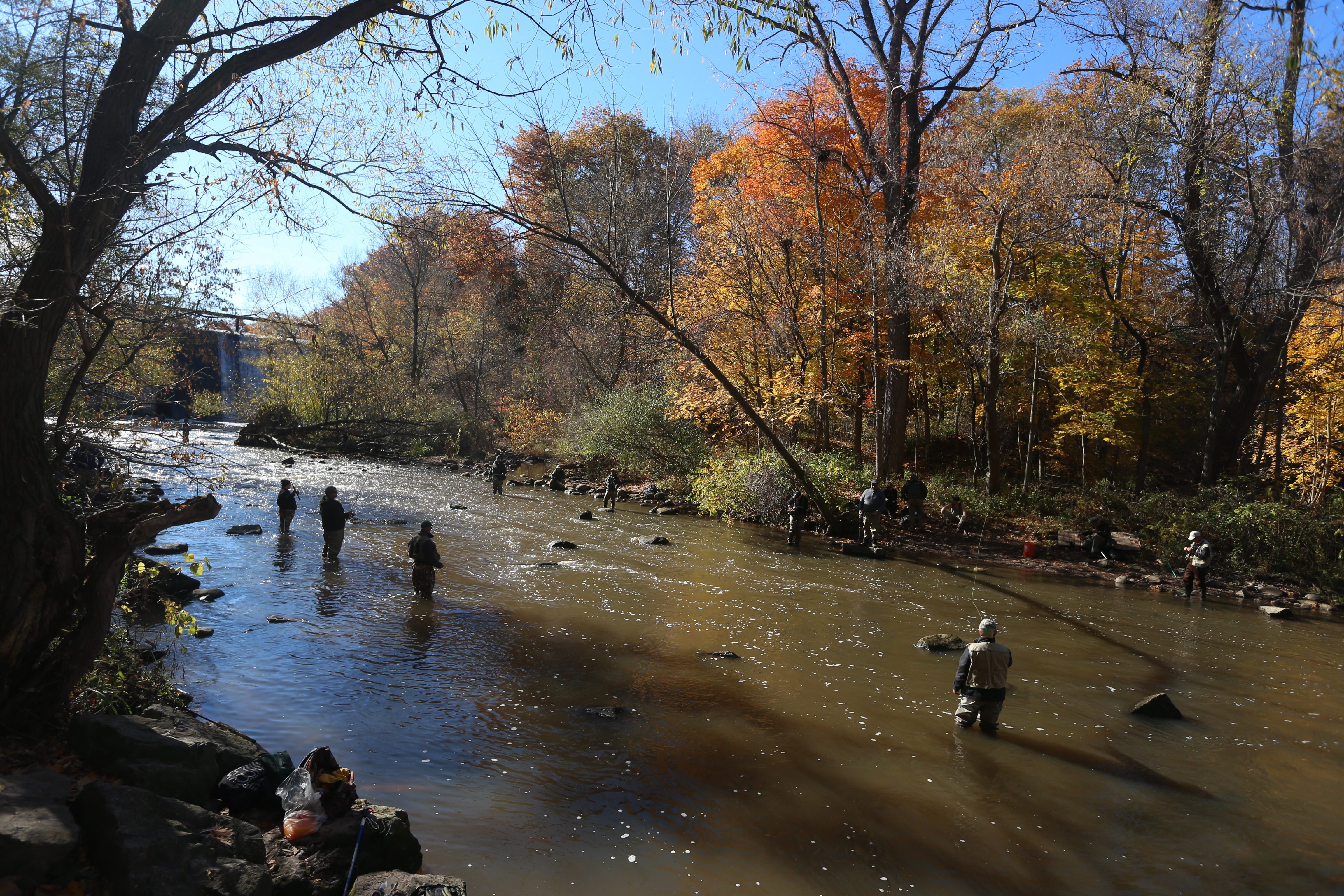 According to the DEC, Conservation Officers Roger Ward and Nathan Ver Hague were checking Burt Dam, a popular fishing spot, when they found several large garbage bags piled on a pathway, filled with 69 freshly caught salmon ranging from 5 to 35 pounds. They saw a pickup truck slowly drive by the area. When two men approached on foot, Ward confronted them. The men took off running through the woods. Ward caught one suspect hiding in the brush, the DEC said, but Ver Hague chased the other to the creek where he dived in.

Sheriff’s Deputies Keith D. Hetrick III, John M. Vosburgh and a K-9 officer tracked the suspect who swam across the creek and apprehended him as he attempted to climb up a gorge. Deputy Matthew P. Grainge caught the third suspect in a pickup truck nearby.

The three suspects were remanded to Niagara County Jail in lieu of bail, which was set at $1,100 each for Parfenyuk and Sakalosh, and $1,000 for Yatchuk.

They have a future date scheduled in Newfane Town Court.

Schultz said that DEC Police apprehend illegal poachers in the area on occasion, including an incident involving close to 20 fish a couple of years ago.

The haul they intercepted Wednesday was among the biggest, however, Schultz said.

"The sheer volume of fish was more than we usually see," he said.