There are more film festivals in Buffalo now than any time in the area’s history, and that’s a great thing for lovers of cinema.

The most purely fun of these movie extravaganzas? It’s undoubtedly the Buffalo Dreams Fantastic Film Festival, which offers action, animation, comedy, drama, fantasy, horror, thriller and science fiction features and shorts from around the world.

The Buffalo-made movie "Two for One" will have a special advance screening at Buffalo Dreams.

It’s the fourth year for Buffalo Dreams, and the largest-scale event yet from festival co-directors Gregory Lamberson and Chris Scioli. Lamberson is well-known for his work in the horror genre – he’s the writer/director of cult fave “Slime City” and its sequel “Slime City Massacre” and the new “Killer Rack.” But he emphasizes that Buffalo Dreams is not purely a horror film festival.

“Chris and I ran a horror fest for three years with a third partner and did quite well with it,” Lamberson said. “When we decided to start a new festival on our own, we expanded it to include all the cool genres — action, animation, horror, sci-fi, thriller. Last year, we officially added a comedy category. This year, we added a drama category and we’re showing a number of excellent documentaries.”

The diversity of offerings indicates that Buffalo Dreams is, indeed, more than a horror fest. That’s a crucial distinction, Lamberson said, since “there’s a lot of artistic discrimination toward fantastic cinema, which is often dismissed.”

Buffalo Dreams, then, is the kind of festival that can screen both a documentary about Off-Track Betting and a horror feature called “Bed of the Dead.” This genre potpourri has helped Dreams carve out a unique place in the local festival landscape.

“We’re friends with many of the other festival directors and programmers, and there seems to be room for all of us,” Lamberson said. “We honestly don’t worry about what anyone else is doing. We have a very clear plan for what we wish to build. I think we’re best known for our filmmaker Q&As, because we always have out-of-town filmmakers come screen their work, and we were the first festival in the area to recognize the importance of showing locally produced films.”

One of those local films is “Attack of the Killer Shrews” from Niagara Falls-based director Ken Cosentino, who stresses the importance of these festivals to independent filmmakers like himself.

“It can be a costly gamble to rent a theater in order to screen our films,” Cosentino said. “Film festivals allow us to screen in a theater for the fraction of a cost while bringing in crowds through advertising and word of mouth. Having a solid working relationship with local filmmakers is top priority for festivals such as Buffalo Dreams. It gives us a place to showcase our work while networking with other artists.” 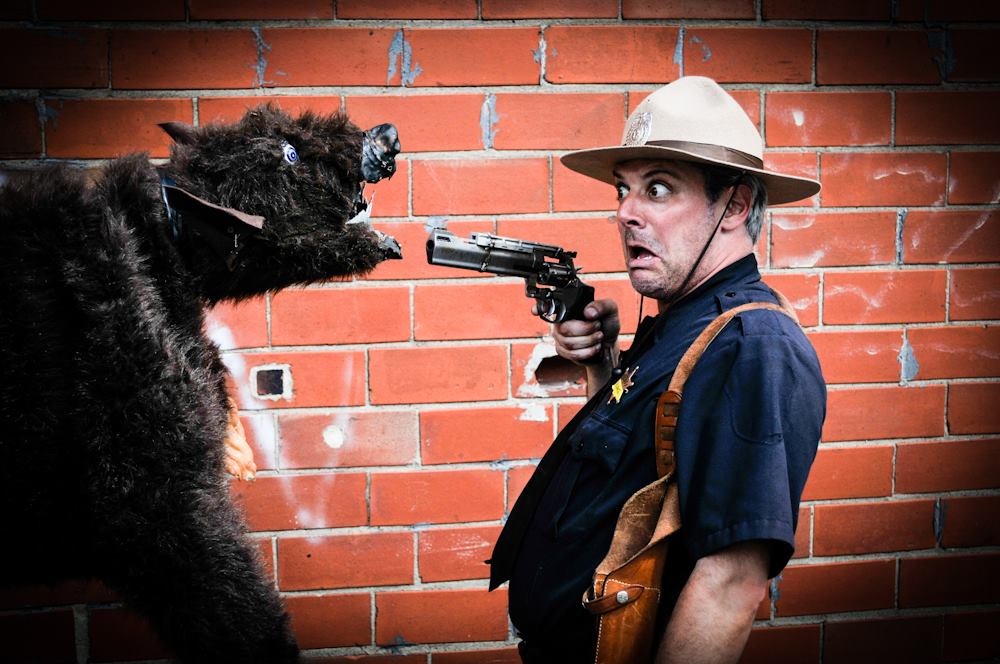 “Attack of The Killer Shrews,” a remake of the 1959 cult film “The Killer Shrews,” screens at 3:20 p.m. Nov. 6 in the Dipson Eastern Hills. One of the film’s stars, Bill Kennedy, calls it a “perfect fit” for the festival because of its combination of comedy and horror.

In a very neat touch, Troma Entertainment co-founder Lloyd Kaufman both appears in the film and will host the Nov. 6 screening.

“Shrews” is only one of about 105 films scheduled this year. That’s the same number as the 2015 festival, but Lamberson said he and Scioli initially expected to cut back on this amount. “Chris and I actually planned to show fewer features this year, but there were too many good ones.”

The festival received a staggering 350 submissions in 2016, begging the question of how organizers determine what to include. Lamberson said there is only one way to narrow things down, and that’s to watch every last one.

“Painful choices have to be made, and this year we turned away films that we really liked,” he said. “We could easily have programmed a two-week festival, but running this event takes a tremendous amount of work. Two years ago, Chris and I both made trips to the hospital the week of the festival, and nobody wants that to happen again.”

Other additions in 2016 include a Young Student Filmmaker Award and the launch of the Buffalo Dreams Family Film Festival. Lamberson said the latter addition is meant “to introduce younger filmmakers to the film festival experience.” Scheduled for 2016 is a block of family films on Nov. 5 that includes two entries from local students.

In addition to features, an afternoon of action-packed short films and animated shorts and music videos is set for Nov. 11 at the Screening Room.

Pat Swinney Kaufman, the former executive director for New York State’s Governor’s Office for Motion Picture and Television Development, will receive the festival’s Local Service Award for her contributions to film production in the state.

Lamberson said “a great number of films have come here to shoot the last few years, employing local crew people, as a direct result of the efforts of Pat Kaufman at the state level.” The award is for individuals who have made significant contributions to the Western New York film industry. 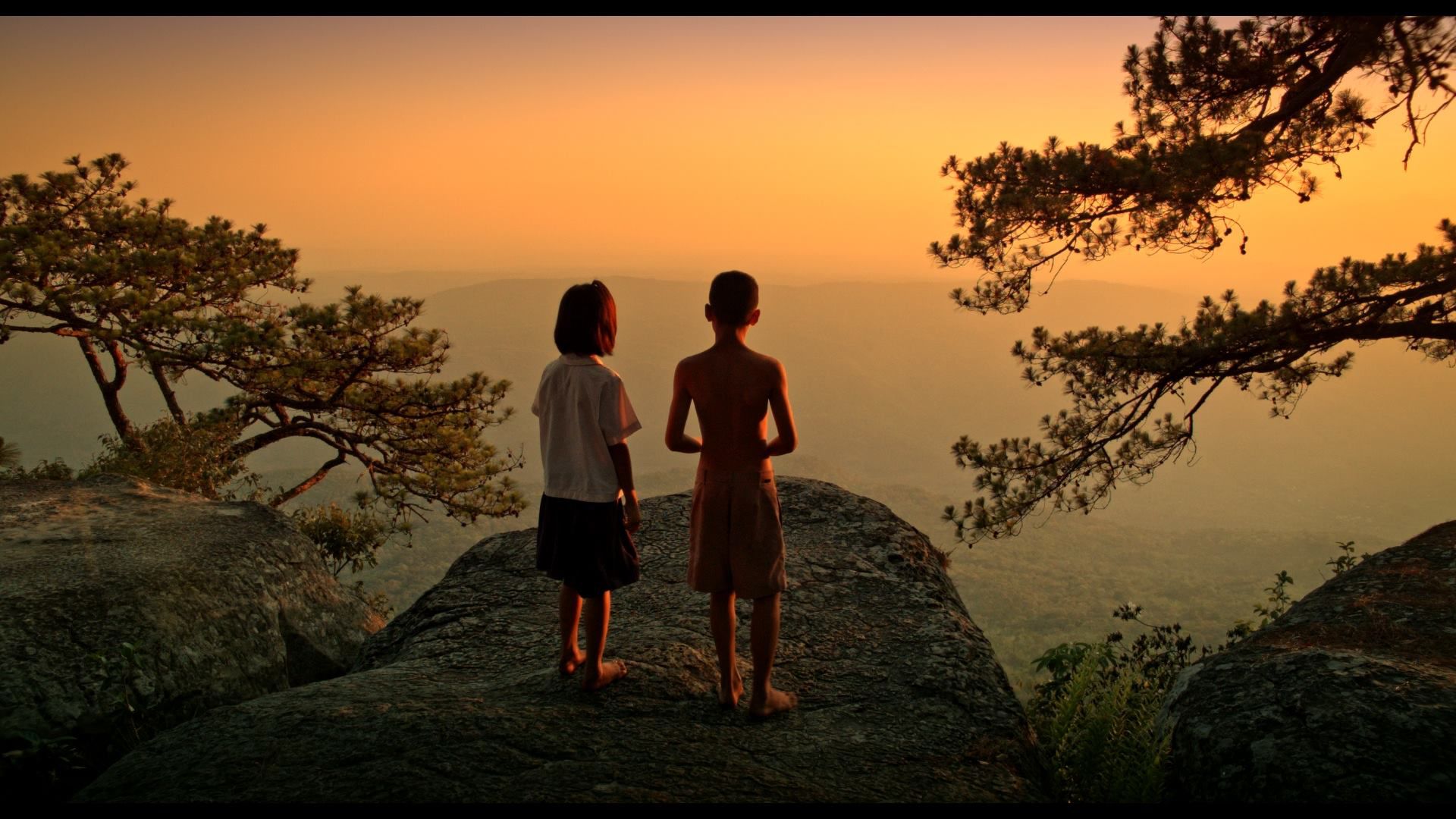 "The Forest," shot in a remote village in Thailand with novice children actors, will be shown at Buffalo Dreams Fantastic Film Festival.

“The Forest.” Shot in a remote village in Thailand and featuring novice child actors, this ghost story is noted for its striking cinematography. It screens at 1 p.m. Nov. 7 at Dipson Eastern Hills. “We scheduled it in the afternoon specifically for the people who normally attend the Eastern Hills to see art films,” Lamberson said.

“Massacre on Aisle 12.” Described by Lamberson as “a hilarious comedy with horror elements,” “Massacre” will have its world premiere at  7:15 p.m. Nov. 5 at Dipson Eastern Hills.

“Neil Stryker and the Tyrant of Time.” The filmmakers behind this sci-fi comedy featuring Walter Koening (“Star Trek) and David Ogden Stiers (“M*A*S*H”) will attend the screening at 1 p.m. Nov. 12 at the Screening Room.

“Together We Stand: A Story About the 1958 University of Buffalo Football Team.” A locally produced documentary short about the team that took a stand against racism screens at 9:20 p.m. Nov. 8 at Dipson Eastern Hills.

“The Tomorrow Paradox.” Lamberson said this sci-fi thriller “blends the themes of David Cronenberg and Philip K. Dick.” The filmmakers will be in attendance for the showing at 3:30 p.m. Nov. 12 at the Screening Room. 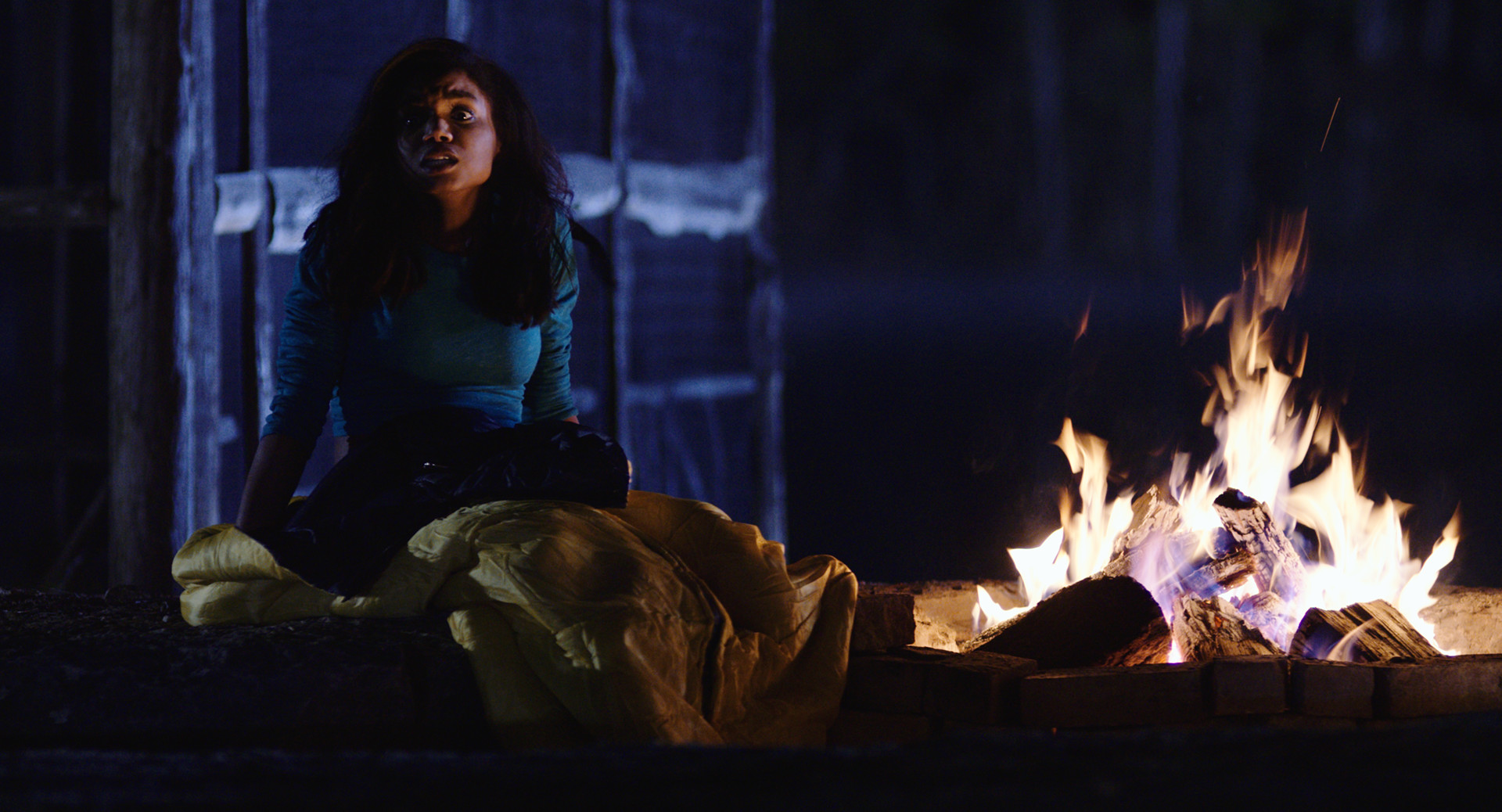 “Tonight She Comes.” Lamberson calls “Tonight” a “mind-boggling horror film that will have genre fans screaming with joy.” The world premiere of the film is at 10 p.m. Nov. 4 at Dipson Eastern Hills and includes a Q&A with writer-director Matt Stuertz.

“Two for One.” This post-9/11 drama made - and set - in Buffalo features Erika Christensen (“Traffic”), Annie Potts (“Ghostbusters”), Scott Caan (“Hawaii Five-0”) and local actor Stephen McKinley Henderson. The festival’s opening night selection has a special advance screening at 7 p.m. Nov. 4 at Dipson Eastern Hills. It will be followed by a Q&A with director/star Jon Abrahams and screenwriter Michael Testone. “Two for One” screens again at 1 p.m. Nov. 8 and 7 p.m. Nov. 9 in the Eastern Hills.

Tickets: $10 individual films, $7 students, seniors and those with military ID. A day pass is $20, and an all-festival pass good for all 10 days is $100. Tickets are available at dipsontheatres.com or at individual screenings. Day and all festival passes can only be purchased at the box office.