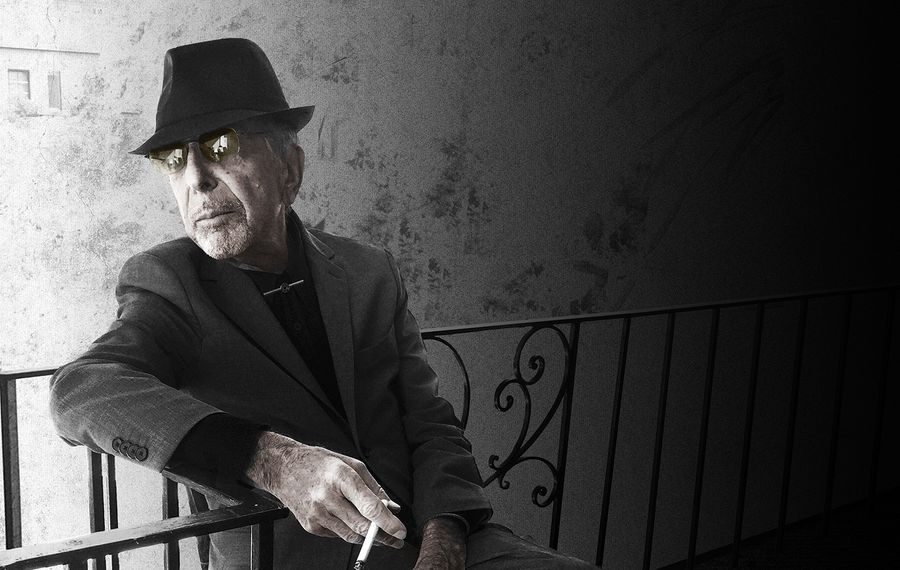 So Bob Dylan finally got a hold of the Swedish Academy late last week, acknowledged his Nobel Prize in Literature, and told Permanent Secretary Sara Danius that the “news about the Nobel Prize left me speechless.”

Will he accept the prize in person during Nobel Week in Stockholm in December? No confirmation at present, but Dylan told UK paper the Telegraph that he’d be there “if it’s at all possible,” which is pure Dylan, and might be interpreted as the man saying “If I’m not on the road playing a gig somewhere, yeah, I’ll be there.”

Dylan was starting to get some heat over his failure to acknowledge the Nobel Prize, but I found the shock in some quarters fairly amusing. I mean, naturally, this is a huge honor for any writer. But Dylan has been inscrutable for the entirety of his career.  He rarely takes the oft-traveled path. That’s why we’re still talking about the guy 54 years after he released his first album.

Debate will likely continue to rage over whether Dylan should have been given the prize in the first place, he being a lyricist and not purely a writer of what is generally considered to be Literature with a capital L. I’ve already weighed in on this, but more significant than the “should he/shouldn’t he” argument is the language the Swedish Academy chose to employ in honoring Dylan "for having created new poetic expressions within the great American song tradition".

“New poetic expressions” is telling, for it suggests that the Academy gets it – “it” being the fact that Dylan, if he ever truly was one, did not stick with being a topical writer of “protest tunes.” Dylan’s genius is located in his ability to build on the past by sharply and incisively re-imagining that past, and in the process, suggesting both a new present and a new future in a voice that is at once individualistic and universal in tone.

Another writer who has pull off this nigh-on-impossible act quietly released a new album just as the news of the Dylan Nobel was breaking. Leonard Cohen was presiding over a press event in Los Angeles to mark the release of “You Want It Darker,” his 14th album, a few hours after the Swedish Academy made its announcement. He offered an absolutely killer quote on the topic saying the Dylan award "is like pinning a medal on Mount Everest for being the highest mountain.”

Later in the evening, Cohen elaborated on the topic of his longtime friend and colleague Dylan, with a comment that some took as a cryptic one: “I think that Bob Dylan knows this more than all of us: you don’t write the songs anyhow,” Cohen said, implying that even the greatest writers are merely vessels for ideas that flow through them - from lord knows where, but some reference to an indefinable Universal Mind seems appropriate here.

I don’t think the Swedish Academy is going to start routinely handing out Nobel Prizes to songwriters, nor do I think it should. This an appropriate one-off, but it should be a one-off, considering how rarely the highly sought-after, career-making prizes are awarded to American writers who are responsible for actual books. The just-released “Bob Dylan: The Lyrics 1961-2012” [Simon & Schuster] is a weighty tome, and makes a convincing argument for Dylan’s prowess, inventiveness, daring and lack of conventionality. But let’s face it, these lyrics are not quite as impactful when divorced from the songs that support them. That said, if we are to reward “poetic expression” in popular music, we ought to acknowledge Cohen. His has been a perhaps less wild, and certainly less prolific ride than the one taken by his buddy Dylan, but Cohen unfailingly bent language to his considerable will from the beginning, proving himself to be one of the very few lyricists who might be considered Dylan’s peer.

“You Want It Darker” is, not surprisingly, completely up to snuff when weighed against the 82-year-old bard’s back catalog. Cohen kicks off the album with the title tune, in which he addresses an omniscient other who may or may not be the “Big Guy” himself: “Magnified, sanctified, be thy holy name/Vilified, crucified, in the human frame/A million candles burning for the help that never came/You want it darker/Hineni, hineni/I'm ready, my lord,” Cohen sings in his haunting baritone. This is about as heavy as it gets – a singer employing the invocation “Hineni” (“Here I Am”) to echo Abraham’s response to God when called upon to sacrifice his son. Dylan dealt with the same material in a delightfully snarky manner with his “Highway 61 Revisited,” approaching God not on bended knee, but with a knowing smirk: “God said to Abraham, ‘Kill me a son’/Abe said, ‘Man, you must be putin’ me on’/God said ‘No”/Abe said ‘What?’/God said ‘You can do what you want Abe, but/Next time you see me comin’ you better run.’”

Dylan and Cohen. Bookends to a "new poetic expression" born in the 1960s from the raw materials of the Beat writers, the Bible, the "New Journalism," the French Symbolists, and just about everything else they ever read. Both deserve to be acknowledged for changing the game.

Give Mount Everest another medal.