How do you feel about the Eastern Hills Mall? Love that it’s peaceful, safe and caters to shoppers with old-fashioned customer service? Or do you consider it dead compared to other malls and devoid of many national retailers you'd find elsewhere?

Either way, it doesn’t matter. Soon, the mall will be unrecognizable.

In the early 2000s, Eastern Hills Mall was on the cusp of closure, failing and largely empty. It’s on the brink again today, this time of something promising and exciting: Western New York’s first town center transformation.

When the mall opened in 1971 under the ownership of Ohio-based Edward J. DeBartolo Corp., it was filled with national chains and considered the premier shopping center in Western New York. In 1996, DeBartolo merged with rival Simon Properties, which put the mall up for sale in 2003. By then, the exodus of national retail stores was underway and the mall was a shell of its former self. That allowed New Jersey-based Mountain Development Corp. to step in and buy the mall for the bargain price of $17.1 million.

The new ownership ushered in a new era for the mall and a whole new retailing strategy — one that recognized the heyday for traditional, middle-market regional malls was over. To compete with 800-pound gorilla Walden Galleria and differentiate itself among the other regional malls in the market, Boulevard and McKinley, it began formally pursuing and nurturing local merchants. National retailers had left the mall and continued to leave due to market conditions and changing retail trends. Envisioning itself as the Elmwood Village of the East, the mall recruited local merchants to replace them. 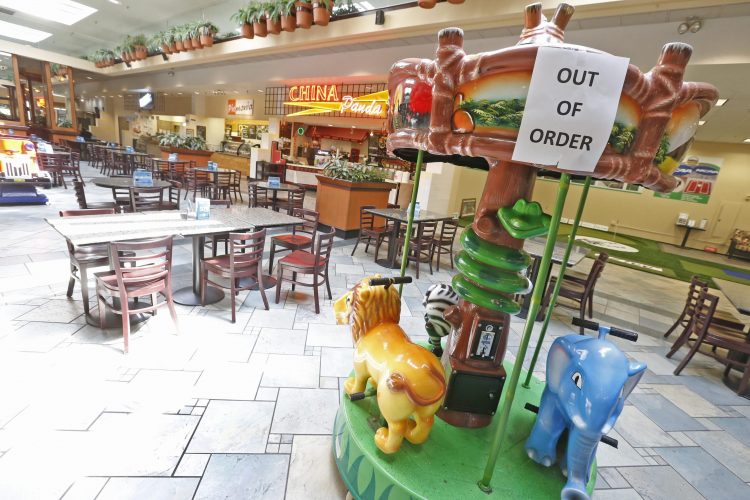 Mall operators are contending with a lot of quiet days inside Eastern Hills. (Robert Kirkham/Buffalo News)

That strategy continues. Just a week ago, BFLO Outfitters opened in the former American Eagle Outfitters. About a year ago, a dynamic and popular locally owned company, MacSolutions Plus, moved from a smaller location in the mall to a larger, newly vacated former Brooks Brothers store. When Aeropostale closed in 2014, local video game retailer Oogie Games filled the space and opened days later. Bou Doir, a glamour photography and lingerie store, sits in a former Casual Corner store.

“I want Eastern Hills to be the incubator for new business. Start on a retail merchandising cart, move to a small store, move to a larger store and then grow. Multiple units, multiple locations,” said Russell Fulton, the mall’s general manager. “Not sell the mall because nationals are leaving, but work with our locals and grow into a wonderful town center.”

An example of that is Raff & Friends, a popular toy store in the mall. It started on a small retail cart and grew over time to a 2,000-square-foot location, building a devoted following. When Petite Sophisticate closed in 2008, it moved into its former 3,250-square-foot location. When Gap closed, it made the leap to that 7,700-square-foot space.

Fulton is credited with bringing Eastern Hills back from the brink. The Hamburg native came to the mall in 2009 after 20 years with the Pyramid Cos. at Walden Galleria where he was director of marketing. Fulton executed the local merchant strategy, brought in services, entertainment and the market’s only Orvis store, and brought the occupancy rate from 67 percent to 100 percent occupancy. He also filled an entire empty wing of the mall by creating a community hall with a DMV, SPCA, blood donation center and locally owned theater — each of which fill space, pay rent and bring in potential shoppers. Under his watch, foot traffic increased 20 percent to 4.5 million.

At a sprawling 1.1 million square feet, Eastern Hills has a lot of space to fill, and Fulton keeps it filled with the help of business development manager Brandon Salinas. They brought in Sports Performance Park, which has an indoor baseball field, batting cages and a gym, to fill the giant former Woolworth store. When Walden Galleria lured Dave & Buster’s away from Eastern Hills, Fulton and Salinas had the empty space filled almost immediately with a similar concept owned by a Clarence resident, Rocky’s Big City Games & Sports Bar. The mall has maintained 100 percent occupancy for the past seven years.

The local merchant strategy has paid off for the mall, taking it from the brink of closure to $307 per square foot in tenant sales — comparable to other community malls in the market. It has pleased customers, too. Eastern Hills, data shows it has “very loyal” repeat shoppers living within a 5 mile radius of the mall, which bears out the mall’s increased traffic and sales numbers. Happy shoppers said they like that the mall is clean, uncrowded, surrounded by safe communities and has plenty of parking. 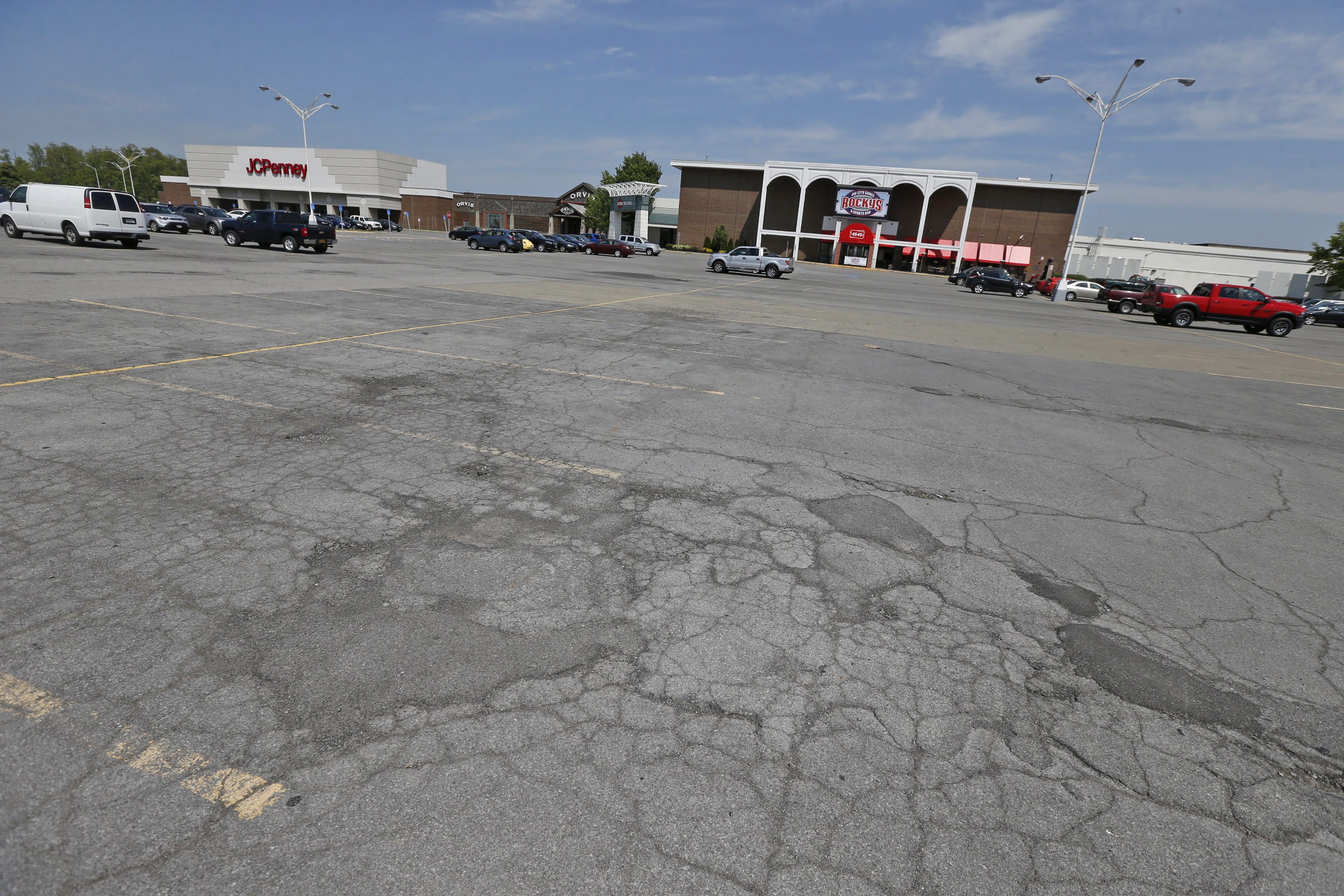 Most days of the year one can find a parking spot at the Eastern Hills Mall. (Robert Kirkham/Buffalo News)

But it hasn’t been enough to impress everyone. The lack of national retailers is a deal breaker for many.

Cecile Reszka of Williamsville has been shopping at Eastern Hills Mall for 30 years. She thinks the mall could do better.

“Eastern Hills Mall started out with great, appealing stores and is now bringing in any type of business just to fill the empty spaces, which is cheapening the atmosphere of the mall,” she said.

Reszka also pointed out that the mall doesn’t have stores geared toward teen shoppers.

Fulton acknowledged the mall is disappointing to millennials and young shoppers. To address the shortcomings, he encourages stores to showcase the teen brands they carry. Because the mall lacks the stores, it focuses on the brands that would be found in those stores with a power point flashing a list of those available brands in the center court, a list of brands on the wall in the food court and a brand directory.

The mall is also lacking in a variety of sit-down restaurants. That’s an increasingly important factor in driving mall traffic, as is clear at the Walden Galleria.

But the mall hopes it can address those weaknesses and more as it moves forward with redevelopment plans to transform itself into a town center. Town centers, such as the Shops at Nanuet in Rockland County and Town Centre at Laurel in Maryland, have been very successful in places where traditional enclosed malls have failed — in many cases outdoing the Walden Galleria-type superregional centers in their markets.

Rather than an enclosed complex, town centers are laid out like open-air villages, often with the quaint architecture and manicured landscaping to match. They have all the amenities necessary to live — retail, grocery, restaurants, coffee houses, apartments, hotel rooms, gyms and services, such as banking, medical and dry cleaning. The mall as it is now will likely be bulldozed, though center court may stay intact, but there are few details to share, simply because they haven’t been drawn up yet.

The Town of Clarence has embraced the project and is expected to be an ally to the mall as the project moves forward. MDC Retail Properties Group is working with two so far undisclosed firms to plan the project, using a town center in Ohio called Crocker Park as its model. 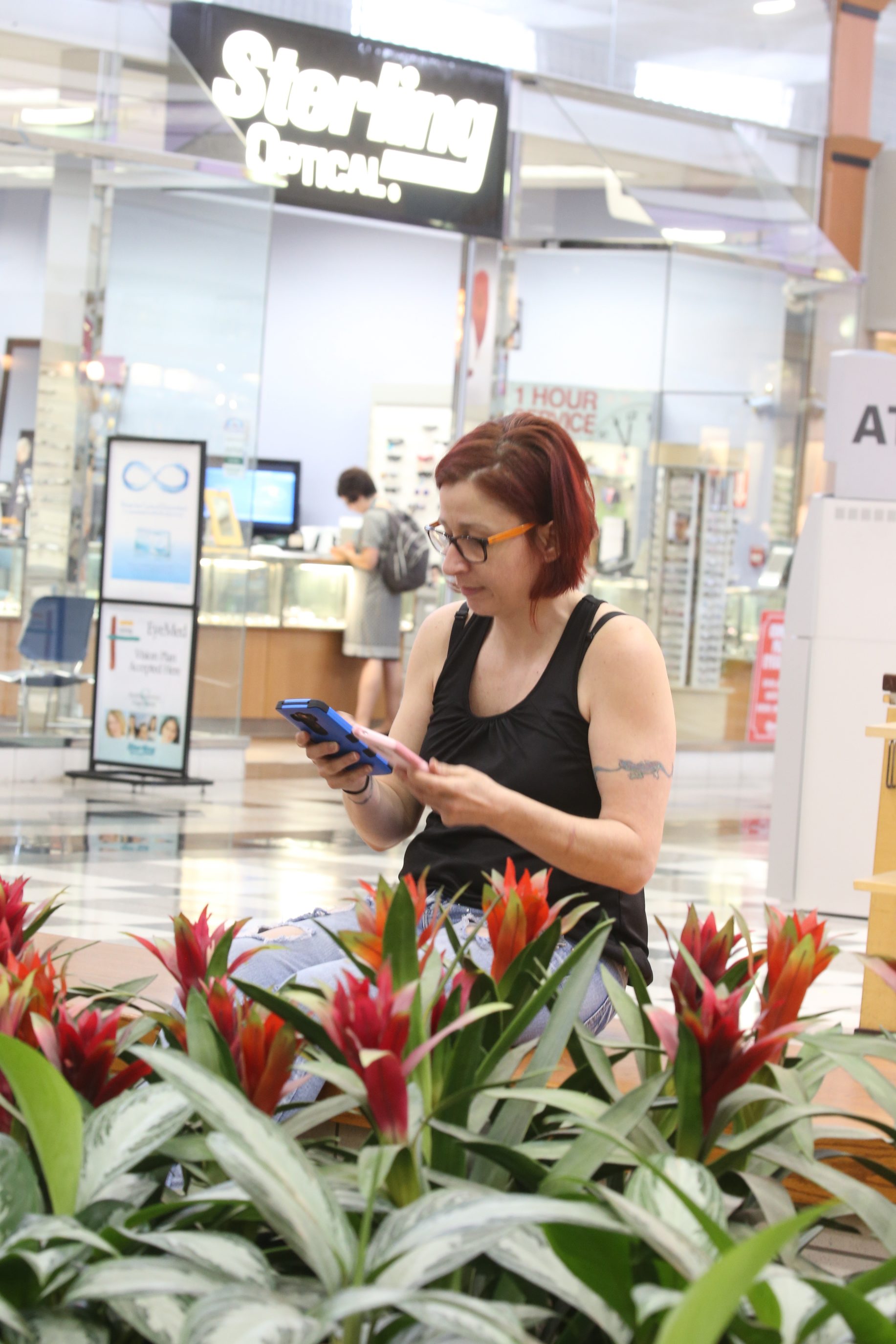 The Pokemon Go craze over the summer was a boon for the mall. Here Kim Giddings-Aravinthan of Amherst is on the hunt. (John Hickey/Buffalo News)

Crocker Park opened in 2004 with 1.2 million square feet of retail, 650 residential units and 1 million square feet of office space. It has 32 restaurants and three Starbucks, a Hyatt hotel and is home to 22 companies including the new corporate headquarters of American Greetings. Stores include Athleta, Lululemon, Nordstrom Rack and Sur La Table, as well as Trader Joe’s and Giant Eagle grocery stores.

The setup is attractive to consumers who want to live in a self-contained village, or shoppers who want to park their cars at a retailer’s door to shop, rather than weave their way through a mall.

Town Centers are often found in affluent suburbs like the ones surrounding Eastern Hills Mall, where the average household income is $97,546. They attract more affluent customers and higher-end stores, and generate higher revenue margins.

Town centers tend to generate about $500 per square foot compared to the $330 per square foot for a traditional mall, according to developer Poag & McEwen, which built the country’s first lifestyle center in Tennessee. While they bring in more money, they cost less to operate, requiring less heating and cooling and fewer staff to maintain.

The new concept will position the mall for success, giving it a clean slate to attract the nationals it needs to stay relevant.

The mall said it will go after sought-after nationals that are not yet in the market, such as West Elm, Crate & Barrel, L.L. Bean and the Container Store — and be sure to lock down radius restrictions so the tenants stay exclusive to Eastern Hills. Walden Galleria, which would be its biggest competitor, has run out of room to attract new names. Eastern Hills has nothing but.

Once the center is finished, all the other conditions are in place to support the project. Eastern Hills is surrounded by hundreds of high-end hotel rooms, is 10 minutes from the Buffalo Niagara International Airport, is passed by 135,000 cars each day and located one mile from the New York State Thruway.

It also has more favorable demographics than any other mall, sitting among the most educated, highest income households in the market.

But that doesn’t mean the mall will abandon its local merchants.

There is room for both locals and nationals in a town center’s boutique-like setting.

“I never want to forget the locals, they have been our bread and butter, our life jacket during tough retail times,” Fulton said. “In a town center, you can intermingle the best nationals with the best locals.”

Eastern Hills Mall by the numbers