One of the most intense rivalries at the world junior level is between the United States and Canada. They’ll take it outside in Buffalo.

The countries will meet Dec. 29, 2017, in New Era Field as the highlight of the 2018 world junior championship, USA Hockey announced Friday. There will also be 22 games in KeyBank Center and eight in HarborCenter as Buffalo hosts the tournament for the second time.

“These two weeks that the kids are here will really allow us to showcase Buffalo and the great game of hockey,” Sabres owner Kim Pegula said in KeyBank Center. “This is something that we know hockey fans always look forward to. It’s a great rivalry amongst countries that are so close together.”

Buffalo hosted the world juniors in 2011, but the 2018 event will be larger in every facet. It starts with the game in the Bills’ stadium.

“Just going to Bills games and seeing the atmosphere there and how crazy the fans are, it’s a great venue for an event like this,” said Sabres center Jack Eichel, who played against Canada twice as a member of the U.S. junior team. “That’s the one everyone has marked on their calendar. It’s usually a pretty exciting game with a lot of emotion.” 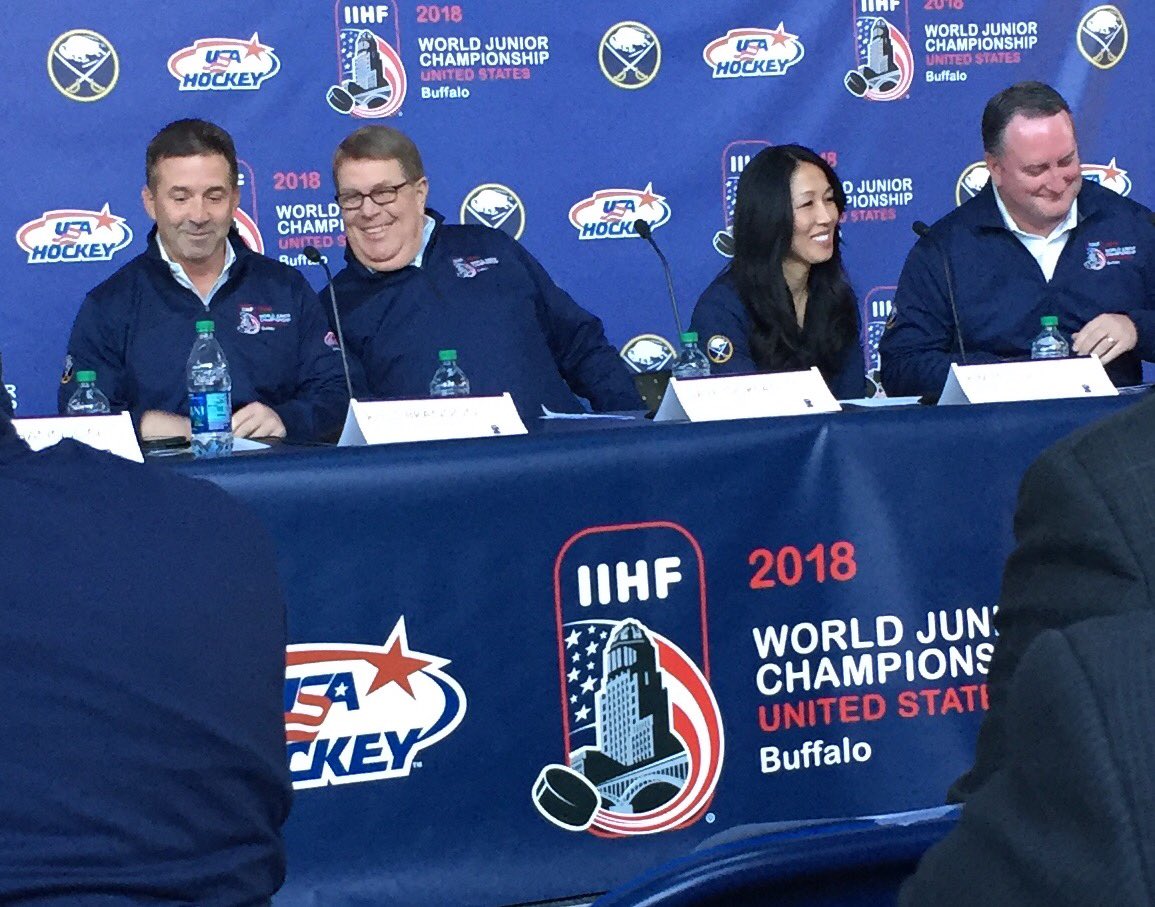 The outdoor game will be held just shy of the 10-year anniversary of the Winter Classic hosted by the Sabres in 2008. Team President Russ Brandon said there will not be a doubleheader featuring the world juniors and the Sabres.

“Everything is going to focus on world juniors,” Brandon said. “Whether we ever do another outdoor game at New Era Field, we’re certainly up to it. But the focus is on USA, all on world juniors.

“We want to make it a world juniors that’s remembered forever.”

Ticket packages for the tournament will range from $690 to $1,550. Individuals who buy a package will have access to three additional tickets for the outdoor game.

The organizers are still brainstorming in regard to ancillary events. Canalside was barren in 2011, but its rebirth will allow for more fun in 2018.

“A lot has changed here in the city and the surrounding area,” Pegula said. “We expect to do a lot more to make sure the event is a world-class event.”