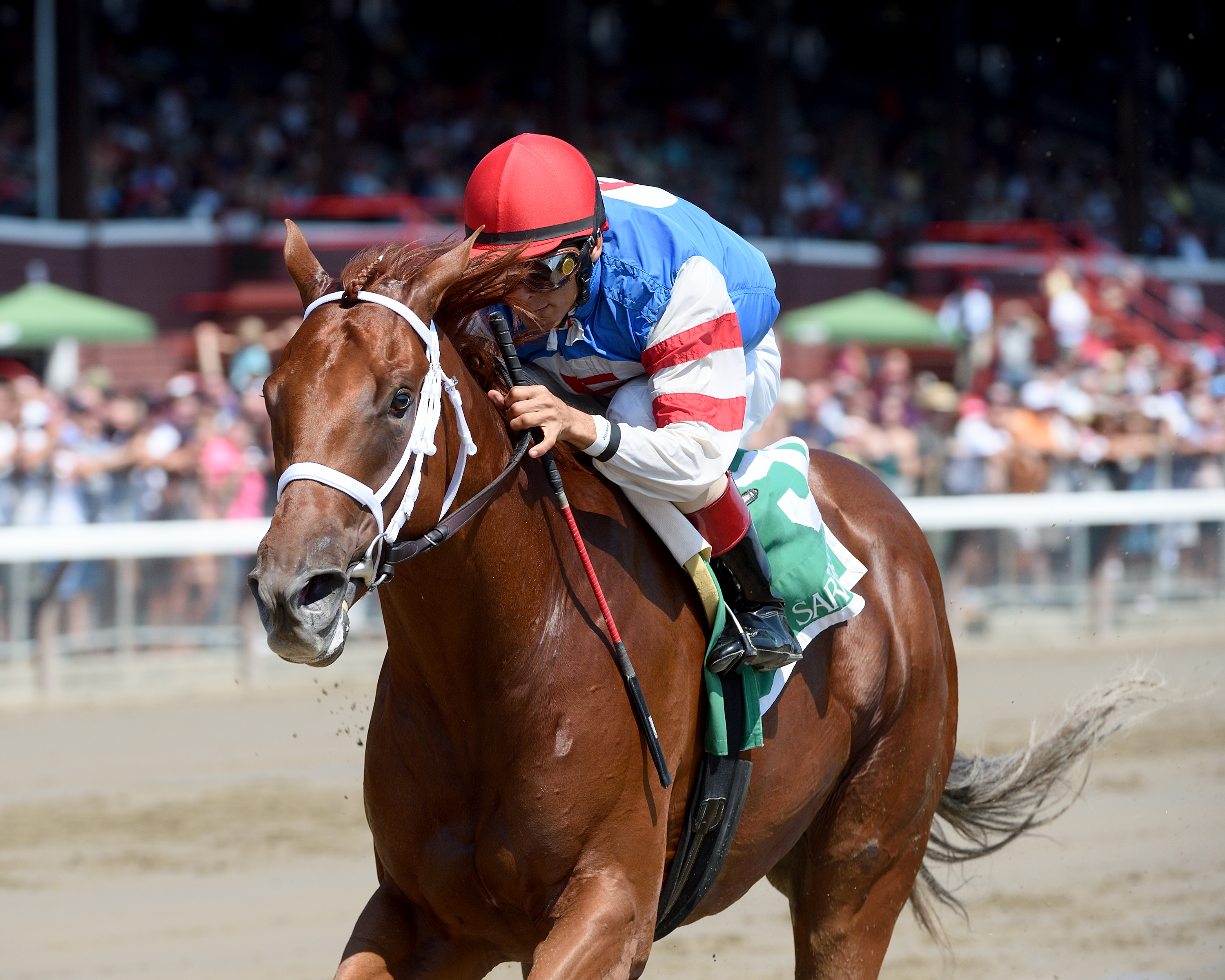 The Breeders’ Cup Juvenile, one of nine championship races slated for Saturday Nov. 5, is chalk full of talented 2-year-old colts.

Last year’s race produced the second Kentucky Derby winner since the Breeders’ Cup was incepted in 1984, when Nyquist roared past the field from his outside post.  The only other Derby winner to come out of the Juvenile with a win was Street Sense in 2007.

The pre-entries for the Juvenile released on Wednesday of this week listed 12 colts for this year’s race at Santa Anita Park, home of the Breeders’ Cup for a record ninth time.  The race is as evenly matched as can be with no clear favorite that looks to stand above the others.

Classic Empire - Trained by Mark Casse, this Pioneerof the Nile colt has won every race he has finished, his last being the Breeders’ Futurity at Keeneland. He lost his rider as the favorite in the Hopeful on Saratoga’s closing day. He will take some money at the windows for sure, and Mr. Oxley would sure love to get back in the Derby winner’s circle. Top contender.

Good Samaritan – The Bill Mott-trained colt won the Grade 2 Summer Stakes during Woodbine Mile weekend and heads to Santa Anita on a two-race winning streak. He’s a closer who beat the highly-regarded Ticonderoga in his debut this summer at Saratoga. He will need some pace and a big effort to upend this crew. Cross entered in the Juvenile Turf on Friday and likely headed there.

Gormley – It is a home court advantage for the Malibu Moon colt who won the Grade 1 Front Runner at Santa Anita on Oct. 1. He has the second best BRIS speed figure in the field behind Three Rules. Trained by John Sheriffs, he’ll likely have the Triple Crown-winning jockey Victor Espinoza in the irons.  Big time colt.

Klimt – Of course Bob Baffert has a top notch Derby hopeful in the barn. He was the beaten favorite in the Front Runner and will be looking to avenge that defeat in the Juvenile. The son of Quality Road has shown flashes of terrific speed in his three victories and will benefit by going two turns for the second time at the Great Race Place. His price will benefit from the loss in the Front Runner.

Lookin at Lee – Trained by Hall of Famer Steve Asmussen, the Lookin at Lucky colt will look to better his sire’s second-place effort in 2009 which was hampered by outside post No. 13. He’s hoping for a better draw on Monday when the post positions will be determined.  He finished second to the talented Not This Time in the Iroquois at Churchill Downs.

Not This Time – This Dale Romans trainee has won his last two by a combined 18 ¾-lengths, including the Grade 3 Iroquois which earned him valuable Kentucky Derby points. Overcoming a bad start, he romped home at Churchill Downs over a muddy track. The Giant’s Causeway colt will likely be one of the top three on the odds board at post time for the Juvenile. Top contender.

Practical Joke – This Into Mischief colt took advantage of a hot pace to capture the Grade 1 Champagne at Belmont Park, beating a game and undefeated Syndergaard at odds of 3-1. The Hopeful winner will look to continue to move forward off those two wins on the west coast for trainer Chad Brown.

Star Empire – Wesley Ward trainee stretches out for the first time after contesting in sprints in his first four career races. He has been up against it against graded company and tough to back a horse going two turns for the first time shipping out west.

Syndergaard – If a loss can be deemed spectacular, his effort in the Champagne after a suicide start to the race shows how game this horse is. Son of Majesticperfection will need to learn to harness that early speed if he wants to continue to go longer against top competition. May be the fastest horse in the race, and Pletcher will likely have different directions for Johnny V.  Dangerous.

Term of Art – Trainer Doug O’Neill will look to repeat his Juvenile triumph at Keeneland last year with this son of Tiznow, the two-time Breeders’ Cup Classic winner.  He broke his maiden last out with Joe Talamo aboard. He will need a supreme effort to challenge this group.

Theory – Talented son of Gemologist and second Pletcher runner pre-entered in the race. He made an impressive showing in the Grade 3 Futurity at Belmont, following up his maiden breaker at Saratoga this summer. Has  a lot of room for improvement and could step forward in a big way at Santa Anita.

Three Rules - Gulfstream shipper who has shown brilliant speed in winning all five career starts by a combined 31 lengths. He totes the top BRIS Power and Speed figures into the race and would be a fascinating story should he ascend victorious. Trained by little known Jose Pinchen, the Gone Astray colt is one of the pieces of a very complex Juvenile puzzle.

As you can see, it’s a quality field with only a couple of logical throw outs.  Look for next Friday’s Post Time online selections and tomorrow’s Breeders’ Cup preview in print.