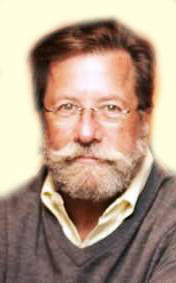 Mr. McCarthy was born in Williamsville and graduated from Canisius High School.

He worked in real estate development and property management, including 25 years with the Niagara Frontier Transportation Authority. Over that time, he was involved in development of the Small Boat Harbor, Gallagher Beach, the Outer harbor bike path and improvements to the DL&W Building.

Mr. McCarthy had a passion for protecting the waterfront and for sailing, and was widely known on the Buffalo and Canadian lake shores. He raced his boat weekly out of the Buffalo Canoe Club in Fort Erie, Ont., and won several Mayor’s Cup races over the years.

After retiring, Mr. McCarthy consulted on commercial and residential restorations and renovations. He also managed the design and construction of a replica Watchman’s Tower that once served as a lookout point to help guide boats into and out of Buffalo Harbor. He was also working on a replica of the USS Trippe, a 34-foot vessel that was part of the victorious fleet led by Commodore Oliver Perry in the 1813 Battle of Lake Erie.

Services will be held at 4 p.m. Saturday in Westminster Presybyterian Church, 724 Delaware Ave.