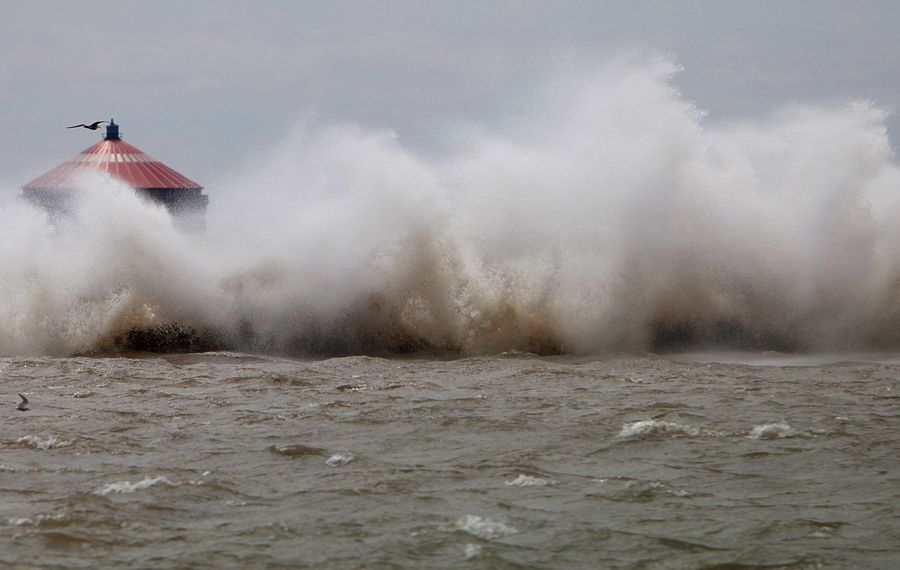 One reason most of Western New York has never experienced an EF-4 or EF-5 monster tornado is the proximity of Lake Erie and its cooler waters during spring and early summer.

When the lake surface is cooler than the air mass overhead and over land, as the heated air over land rises, the cooler and denser air above the lakes will rush in on a lake breeze to replace the risen air. That lake breeze tends to stabilize the air downwind of the lake breeze and stop the rising motion.

That's what occurred in a storm last Monday. In the evening, the lake breeze dissipated, and convection-producing uplift developed allowing violent thunderstorms to cross many parts of the region, which had been rain-free in the afternoon in an otherwise warm and humid air mass.

On other occasions, such as a super tornado outbreak on March 31, 1985, that cooling breeze saved Western New York from the full impact of that outbreak. Eighty-eight people died that day in southern Ontario, eastern Ohio, northwestern Pennsylvania and farther east in upstate New York. An explosively unstable, "bubbly” air mass developed that afternoon with the approach of a powerful storm system, allowing long-tracked EF-4 and EF-5 tornadoes to tear through parts of nearby northwest Pennsylvania. Two of the parent super cells crossed into the Southern Tier. As the super cells raced to the northeast, they intersected a cool, gusty Lake Erie breeze, and quickly weakened into less violent storms. None of the fatalities occurred in the Buffalo area.

But that cooling lake breeze doesn’t always work its wonders. Sometimes, the vertical development of buoyant convection begins in an elevated layer of the atmosphere rather than near the immediate surface. That is, the convection is elevated to the extent of losing any real connection to the surface-based air and any derived “benefits” of the cooler lake surface.

Many times over the years, I received inquiries in the spring and early summer from weather weenies as to why the cool lake didn’t weaken thunderstorms passing over it. In those cases, the convection was elevated and not connected to the cooler air over the lake, or not surface-based. Systems such as an approaching warm front can often induce elevated convection without a true surface connection. Elevated storms are much less likely to become tornadic, but they can still produce torrential downpours and plenty of lightning.

To balance all this out, later in the summer and in the start of autumn, the lake temperature will often be warmer than the air mass above it, especially at night. At that time, an August lake temperature in the 70s can often help produce updrafts and “cook up” convective cells because the air mass above is cooler than the lake temperature. The warm lake acts as a slow burner of sorts. And by September, we often start to see the more traditional lake effect bands – of rain. Cooler, moist air passing over a warm lake surface can produce locally heavy lake effect rain.

Of course that’s before late autumn, when the air mass can be cold enough to take that lake heat and moisture and turn it into that other kind of lake effect – the kind you have to shovel.

Meteorologist Don Paul retired from Channel 4 earlier this year after more than 30 years on Buffalo TV. His articles on weather, climate and related sciences appear at BuffaloNews.com/Weather.