Commentary: It takes a lot of confidence to claim you're Buffalo's BIGGEST Halloween bash, but the Variety Club of Buffalo, in tandem with 103.3 the Edge's Shredd & Ragan, take over the Connecticut Street Armory, which is a prime place for a spooky event. There's a $250 prize for creepiest clown costume! I'll leave that alone.

Go here to see how the entertainment is split between the two floors, and you'll also learn what the Bavarian Nut Company and Tiger Chung Lee have in common (which, let's face it, is not very much).

Commentary: The heaven-and-hell-themed Halloween masquerade event unites a smorgasbord of musicians, artists and entertainers, ranging from drag queens to balloon sculptors (that's a massive range). Repat DJ John Ceglia and Preach Freedom of Rusted Root are some of the more recognizable names.

Awards for best costume and "sexiest guy and girl" will be doled out at the end of the night. Look back at Smiles from last year's Witches Ball for an idea of what to expect. 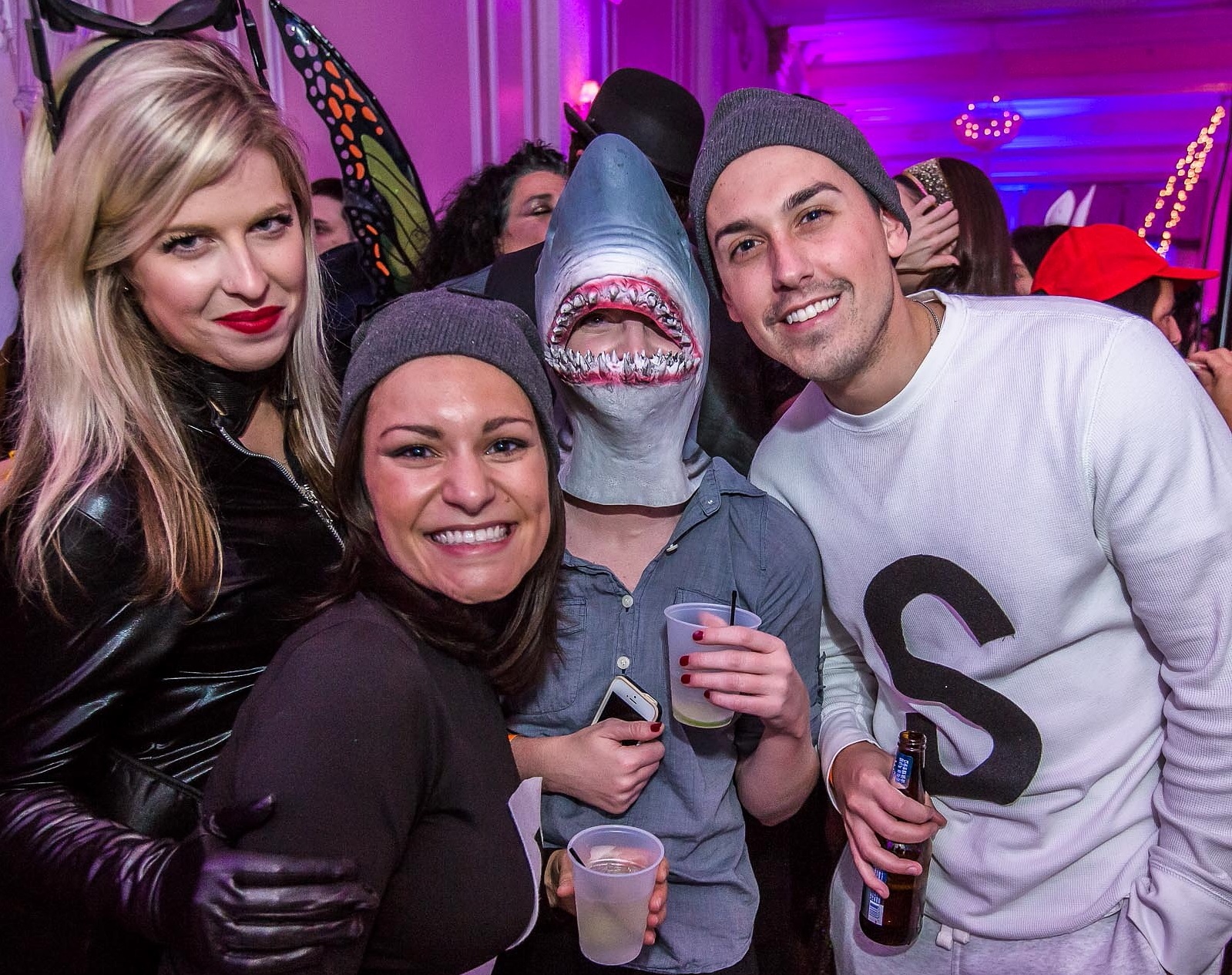 Costumes of all kinds at the 2015 Witches Ball. (Don Nieman/Special to The News)

Kurt & the Loders will take the stage on the the first floor, while DJs Rick Jameson and Crespo Beats will drive a dance party in Studio @ Waiting Room upstairs. Four hours of open bar, late-night food from Fat Bob's and an assortment of costume prizes further the fun.

Attendees are encouraged to dress as their favorite '90s-era hero, villain or TV character. Bustle has a list of 27 '90s villains to fuel your creativity. (Governor Ratcliffe from "Pocahontas" would be a fashionable and underrated choice, if you were to ask me). 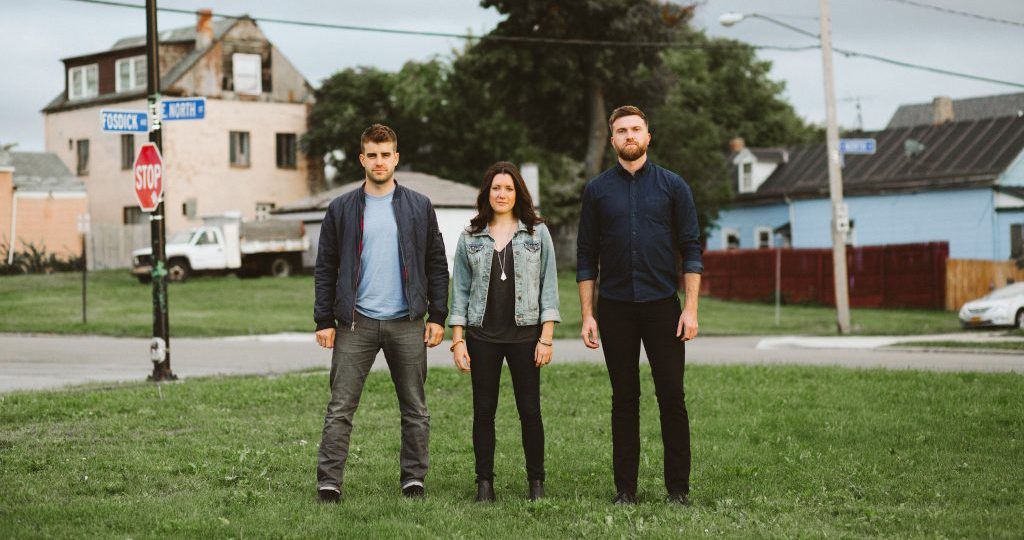 Rise Collaborative will throw its Halloween Bash at Waiting Room on Oct. 29. From left is Heffernan, Schaefer and Brown. (Photo credit: Yeah! Buffalo)

Commentary: It wouldn't be Halloween without a Harry Potter-themed party broken into four different areas with fitting names: The Great Hall, Knockturn Alley, The Forbidden Forest and Defense Against the Dark Arts.

The event is centered around music - especially drum-and-bass, trance and hardcore - as artists from Binghamton, New York City, Pittsburgh, Cleveland, Fort Lauderdale, Quebec, Philadelphia and more will all play the same venue. The rave includes two full bars and $1,000 in prizes for best costumes.

Commentary: Band JoyRyde and the Ladies of Illusion get the gig underway at 10, while a costume contest based on those found in the 1975 flick occurs shortly thereafter (the more Dr. Frank-n-Furters, the better, in my mind).

The comedy-horror film begins close to midnight, with local improv group The Francis Bacon Experiment performing alongside. If you want to familiarize yourself with the movie, you can find its IMDB page here.

Touring off its July release "Eat the Light," the five-piece band has generated a bit of a buzz in Buffalo, selling out the Saturday night date that also welcomes JimKata to town.

7) Octo-Beer Fest, two sessions: noon to 3 p.m. and 5 to 8 p.m. Oct. 29 in the Buffalo Niagara Court Center (425 Meyer Road, West Seneca). Tickets are $25 and can be purchased here. VIP tickets are available for the second session, for $45, and they include a t-shirt, a half-hour of additional time and a food voucher.

Commentary: The 10 loves its beer festivals, mostly because there's one every weekend and they're not hard to describe. You show up, you try different beers, mingle with your friends and then get home safely.

Anyhow, the Buffalo Niagara Court Center in West Seneca is the setting for Buffalo Tasting's all-you-can-sample event, spearheaded by the presence of over 10 local breweries. Beers intriguing to me: War Horse's Breakfast with Churchill oatmeal coffee stout, Mosaic Sunrise from Ellicottville Brewing and Brooklyn's Post-Road Pumpkin.

8) Halloween on Hertel, 11 a.m. to 1 p.m. Oct. 29 on Hertel Avenue, primarily between Parkside and Colvin avenues. Free to attend.

Commentary: Over 40 businesses on Hertel Avenue will open on Saturday to create a family-friendly trick-or-treat. Each of the businesses posted here - from Terrie's Workout Center to Buffalo Hydroponics - will have candy or other goods to hand out. Take an afternoon to explore one of Buffalo's major neighborhoods and satisfy your sweet tooth at the same time.

[Related: The Buffalo You Should Know - Hertel Avenue]

Commentary: Take everything I said about the Hertel festivities above and translate them to the Elmwood Village, just with a much different group of businesses. Look for Elmwood Village "Get Your Treats Here" signs to indicate that an establishment is participating.

Commentary: Want an alternative Halloween experience? Head to the Polish haven in North Tonawanda to play Halloween bingo instead of marching around in the inevitable doom and gloom of rainy fall in Buffalo. Beer, wine, cocktails and Halloween treats add excitement, and two psychic mediums will be present for those curious about the beyond.

Attendees will vote on the best Halloween costume, and the winner will receive $100.

BONUS: Puppy Parade and Costume Contest, noon to 4 p.m. Oct. 29 outside the Western New York Book and Arts Center (468 Washington St.) on the 500 and 600 blocks of Main Street. Suggested donation is $5 to the City of Buffalo Animal Shelter.

Commentary: How could we leave out the pets? They celebrate Halloween, too, after all, even though they may have reservations about getting dressed up. After registration concludes around 12:30, the dog parade will maneuver (and probably sniff) up Main Street, "paw-sing" (I'll be here all day) briefly at businesses to nibble on treats from the Buffalo Barkery.

Costume contest winners - for most creative, scariest and most adorable - will be chosen at the end of the parade, at Furnishings (500 Main St.). The Facebook event page reminds attendees that their pets should not drink out of the reflecting pool at Fountain Plaza. Sage advice, for anyone. 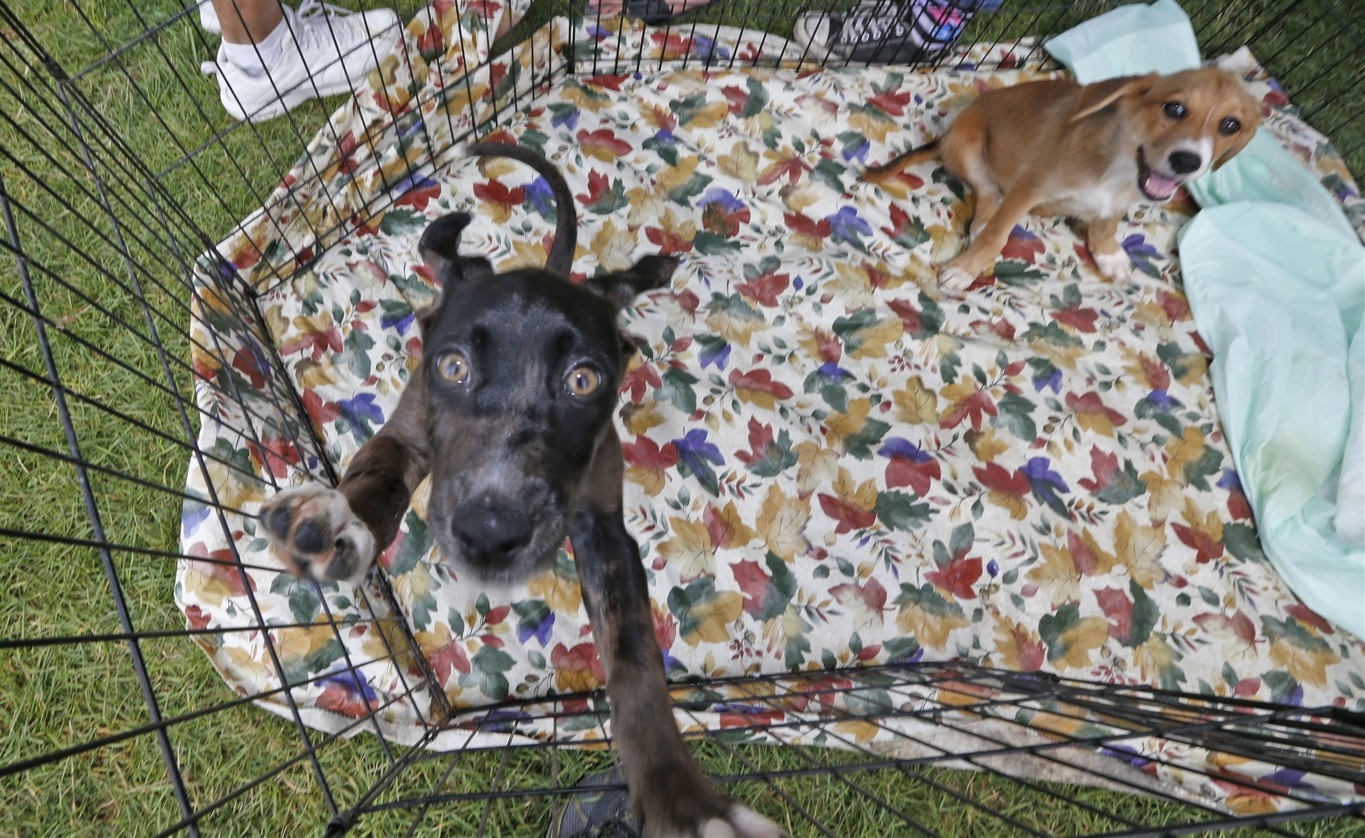 Looks like someone wants to go to a Halloween puppy event this weekend. (Robert Kirkham/Buffalo News file photo)

[Related: Smiles at Canalside Has Gone to the Dogs]

Commentary: Does your pet have an aversion to Main Street? Is your ferret or active cat offended that they've been left out of the aforementioned puppy parade? #FerretLivesMatter Animal Outfitters welcomes any pet to parade around Larkinville on Saturday, with ample stops for water, treats and Halloween surprises.

Surrounding activities include the popular Bagels & Brooze inside Hydraulic Hearth - see photos of that event from Oct. 22 - as well as a post-parade party inside Animal Outfitters' location in 500 Seneca.

Commentary: Look no further than what New York Times columnist Paul Krugman had to say in early 2016 about the relatively new-to-the-scene group former in Boston.

"I love Lucius — their songwriting is terrific, their harmonies are exquisite, and their live performances are pure joy," Krugman wrote. "Frankly, I’m not quite as fond of their records — I bought their first, of course, and have an advance of their second — which are (to my taste) overproduced. But your mileage may vary."

The good thing for Buffalo music fans is that Lucius is here live in the intimacy of Asbury Hall, which should reveal the band's best side, if you abide by Krugman's stance. Babeville posted a thorough preview of Lucius' visit.

Commentary: Back in May, local band Lazlo Hollyfeld covered Radiohead for a night in Buffalo Iron Works, after previously performing their spin on the Talking Heads and LCD Soundsystem.

Given the popularity of those shows, the long-running instrumental rockers return with their LCD Soundsystem catalog for a Friday night gig in Mohawk Place.

Commentary: Judging by social media comments, Beggars Night in Kaisertown is a popular, well-run evening of trick-or-treating with plenty of neighborhood families participating. Here's some background on the meaning of Beggars' Night from the perhaps-overly-defensive site DesMoinesIsNotBoring.com.

Email Ben Tsujimoto, who got carried away with the list again, at btsujimoto@buffnews.com