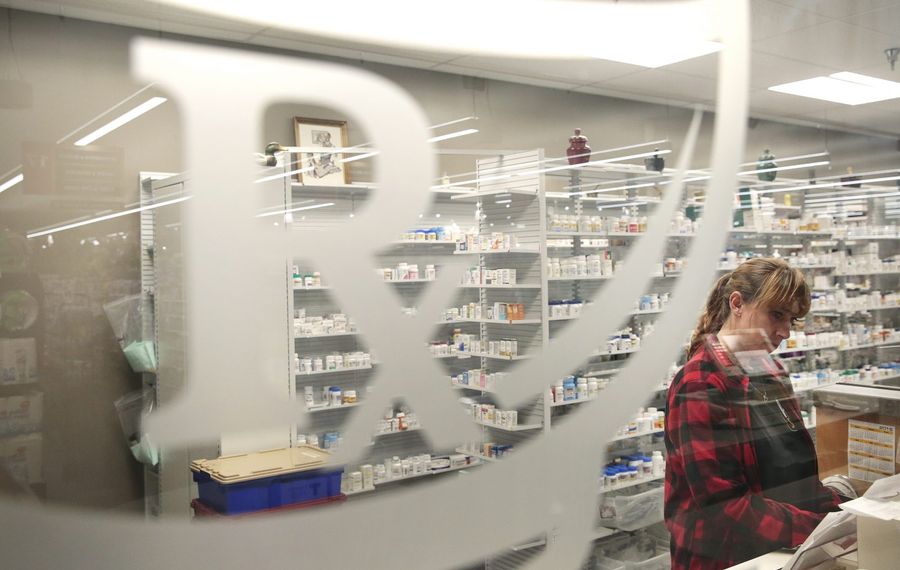 Erie County rolled out one of its biggest weapons in the fight against drug overdose deaths more than two months ago -- a 24-hour Addiction Hotline that can immediately connect residents with addiction treatment services.

But since the hotline's launch on Aug. 1, hotline counselors have gone from fielding more than 70 calls on the first day to generally fielding fewer than 10 calls a day since the start of September. That's leading Crisis Services to launch a marketing campaign to boost awareness of the hotline.

That's worrisome for a county looking ahead to a year-end, overdose death toll of nearly 400 people.

"I think we all want to find a solution to this very difficult problem," said County Legislator Kevin Hardwick at a Thursday committee meeting. "And everybody wants to make sure the money is spent in the right places."

Ben Swanekamp, executive assistant to Erie County Health Commissioner Gale Burstein, said "Now, taking a look at the data for the first few months here, it looks like we need to get marketing going."

Swanekamp said the county already has tallied 293 confirmed or suspected overdose deaths since the start of the year. After seeing a temporary decline in the death rate, the county is now averaging roughly 10 overdose-related deaths a week, he said.

County Executive Mark Poloncarz established a community task force to tackle the issue and earmarked $375,000 this year to combat heroin and other opioid-related drug deaths. The bulk of that money was to pay for a 24-hour hotline, operated by Erie County Crisis Services, that could provide drug addiction resources to families and immediately connect addicts to local treatment providers.

But the hotline is only useful if people are aware it exists. The hotline number, (716) 831-7007, has received 729 calls since Aug. 1. But it has not lived up to expectations overall because of the low daily call volume.

So Crisis Services is now planning to reallocate some of the money it received from the county for hotline operations and redirect it toward a marketing campaign that will include radio spots, bus ads and pharmacy bag inserts.

"While we felt we’ve been off to a good start, we know we need to reach more people," said Mental Health Commissioner Michael Ranney. "And we are optimistic our marketing efforts will do so."

Marketing efforts are expected to cost $10,000 and continue through the end of the year, Ranney said.

The 30-second radio spots will begin the week of Nov. 7, said Crisis Services Executive Director Jessica Pirro. Bus ads are still be being designed. Meanwhile, yellow slips promoting both the Addiction Hotline and Crisis Services' main hotline number should be available at area pharmacies and included in pharmacy bags starting sometime next week.

"What’s plan B if the marketing efforts don’t work and don’t generate more calls to the hotline?" Lorigo said.

"Right now, we are working on the marketing, but we need to keep an eye on this," Ranney said. "I’m not going to pretend we have a Plan B, but we really need to learn from this."

Legislator Peter Savage, D-Buffalo, expressed concern that some drug addicts who seek help from the Police Department may get arrested. Ranney responded that while people who come to police departments would not be arrested for any drug offenses, they could be arrested if an outstanding warrant exists against them.

Pirro emphasized that the Addiction Line is a safe number to call and that people can call anonymously.

Lorigo expressed frustration that the county has earmarked $301,416 for this year and for next year to support the hotline, but that marketing efforts weren't in place to properly promote the hotline.

He added, "Is what we’re doing the right thing, Are we doing enough to combat this or are we simply throwing money at a nice sounding idea?"

Hotline supporters said providers were initially worried they'd be inundated with too many calls. Now that they realize that's not happening, they are adjusting their game plan.

"It’s too soon to say it’s not working," Pirro said. "This is a new hotline. We have nothing to compare it to.”