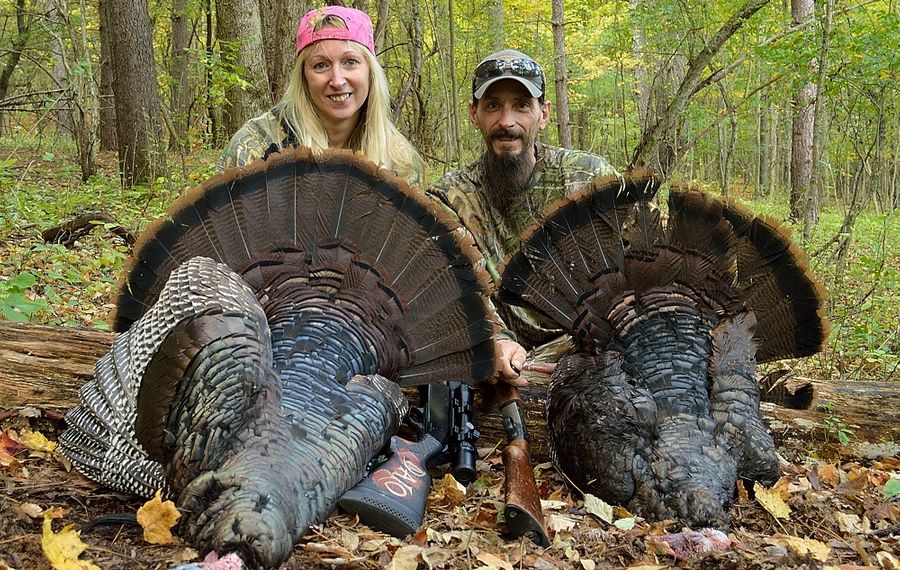 Sometimes the greatest thrill in the field comes from shared experience.

Matt has been there, done that. Alison, however, had never harvested a turkey. Until ...

This was our first hunt of the fall season and we had four birds come in to our ground blind set up just 2 hours into our hunt.  She called these birds in to where they spotted our three decoys we had out and they closed the distance to 20 yards. We harvested two toms from the small flock, but most noteworthy was my sister killed her first turkey ever --  she shoots a 20 gauge Mossberg 500 -- a very nice tom with an 8.5-inch beard, 1-inch spurs, and weighing 19 pounds. We took her gobbler to S&S Taxidermy in Springville, where she will be having a full body-mount done.

My bird weighed in at 16 pounds, had a 7-inch beard, and three-quarter-inch spurs. We'll be sharing this one together for Thanksgiving dinner!
Seeing how excited my sister was with taking her first turkey ever was the greatest feeling I've ever experienced myself in over 30 years of hunting!
There are no comments - be the first to comment