How do you take your Frankenstein? Original? With a bride? How about family style with a son? Or a youthful version with “Wild” hair? You can have them all this Halloween season with local theaters showing a nice selection of classic and modern horror movies.

The Universal classics “Frankenstein,” “Bride of Frankenstein” and “Son of Frankenstein” will be shown separately and as a marathon on Oct. 29 at the Hamburg Palace Theatre (31 Buffalo St., Hamburg). And if you missed earlier showings of the Gene Wilder-Mel Brooks comic classic “Young Frankenstein,” you are in luck with showings Oct. 28 and 29 at the Screening Room Cinema Café (3135 Sheridan Drive, Amherst).

Horror fans can also enjoy the annual return of “The Rocky Horror Picture Show” at various venues and a screening of the award-winning Buffalo-made film “Killer Rack.”

The Frankenstein marathon is the idea of Hamburg Palace Theatre owner Jay Ruof whose life-long interest in classic monster movies started as a child when he tried to stay up to watch them on “The Late Late Show.”

“Back in the days before cable TV and home video, it took some effort to catch these movies. If you fell asleep before the movie, you had to wait a year or two before you had a chance to see it. I believe that this built the mystique and fascination in kids for these movies,” Ruof  said.

With his theater patrons expressing an interest in seeing classic horror movies and Ruof  wanting to doing something different this year, he skipped his annual showing of “Rocky Horror Picture Show” – itself based on Frankenstein, he’s quick to point out – to show the Frankenstein trio. Plus, with the renewed interest in “Young Frankenstein,” Ruof realized some people had never seen the original.

“You can’t fully appreciate ‘Young Frankenstein’ unless you’ve seen the first three ‘Frankenstein’ films starring Boris Karloff,” he said.
He said “Frankenstein” (1931) and “Bride of Frankenstein” (1935) – part of the Universal horror movie franchise that started in the 1920s with the likes of “Phantom of the Opera” – go together like two halves of the same movie.”

More chills
The “Frankenstein” films aren’t all you can see on the big screen. 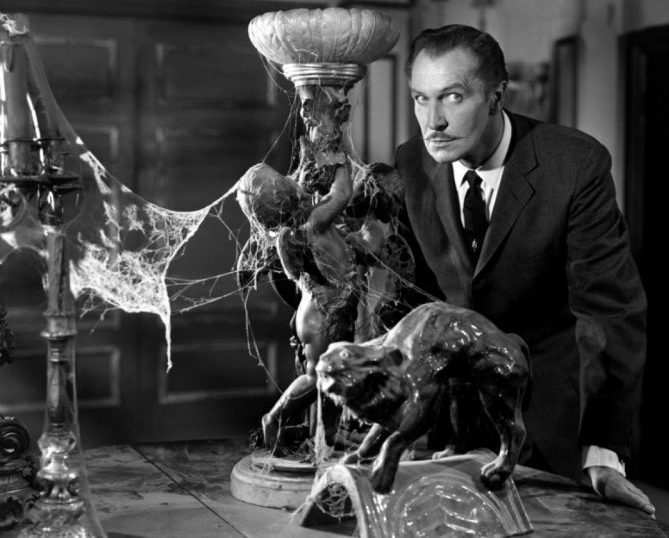 Vincent Price has some tricks up his sleeve in "The House on Haunted Hill."

• It wouldn’t be Halloween without “Rocky Horror Picture Show.”

The annual “Rocky Horror Picture Show” party starts at 9:30 p.m. at the Riviera Theatre (67 Webster St., North Tonawanda). The pre-show party starts at 10 p.m. with Ladies of Illusion with Jayme Coxx and JoyRyde. There’s a costume contest and the Francis Bacon Experiment returns to perform along with the film.

Movie-only tickets can be purchased at the door, if still available. Prop kits to throw will be sold to benefit the preservation of the theater. General admission is $17 advance, $20 day of the show. Movie-only tickets are $5. 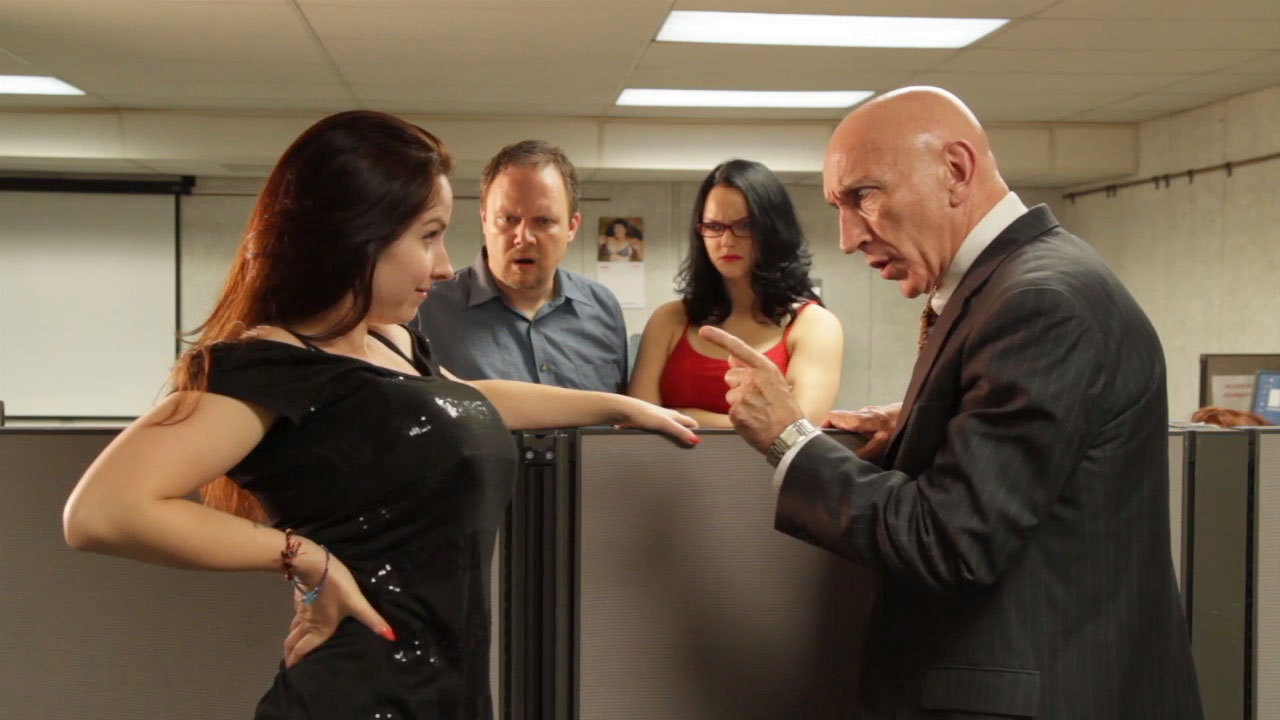 • “Killer Rack,” a horror film that “skewers the objectification of women in a male dominated society,” will be shown Oct. 28 and 29 at the Screening Room. Written by Paul McGinnis and directed by Lamberson, the award-winning film has appeared at more than 20 international film festivals.

“Frankenstein”  marathon
A trio of films - "Frankenstein," "Bride of Frankenstein" and "Son of Frankenstein"- start at 1 and 7 p.m. Oct. 29 at the Hamburg Palace Theatre. (See individual listing for separate times.) Tickets are $8 for all-day admission. 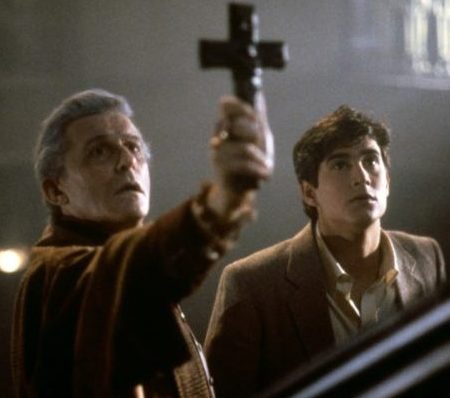 “House on Haunted Hill” (1959)
6 p.m. Oct. 30 at Screening Room; $6. (Part of double feature with "Plan 9 From Outer Space.")
Vincent Price invites some folks over for the weekend in schlock director William Castle’s thriller. 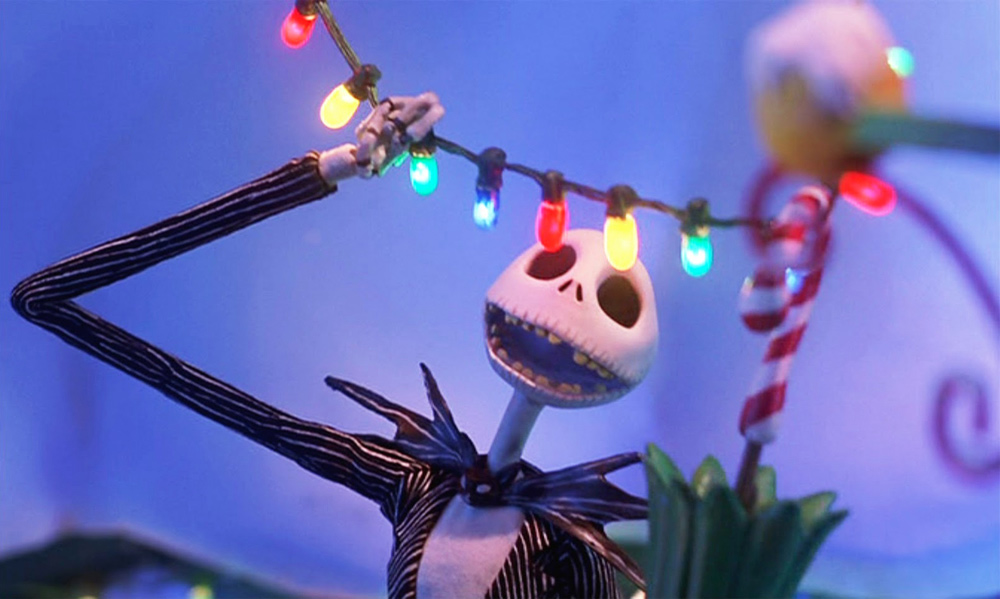 “Nightmare Before Christmas” (1993)
2 and 7 p.m. Oct. 28 to 31 at the Regal Elmwood and Quaker cinemas.
Return to Halloween Town with the Jack, the Pumpkin King, in Tim Burton's animated holiday musical.

“Night of the Living Dead” (1968)
7 p.m. Oct. 31 at Screening Room; $6. (Stay for a double feature with "Halloween," at 9 p.m.; $8 for both films.)
George Romero’s creepy indie zombie film was a worldwide sensation credited for creating the splatter genre.

“Son of Frankenstein” (1939)
4 and 10 p.m. Oct. 29 at Palace Hamburg Theatre.
Bela Lugosi and Boris Karloff team up in the third of Universal’s “Frankenstein” films - and Karloff’s last as the creature.