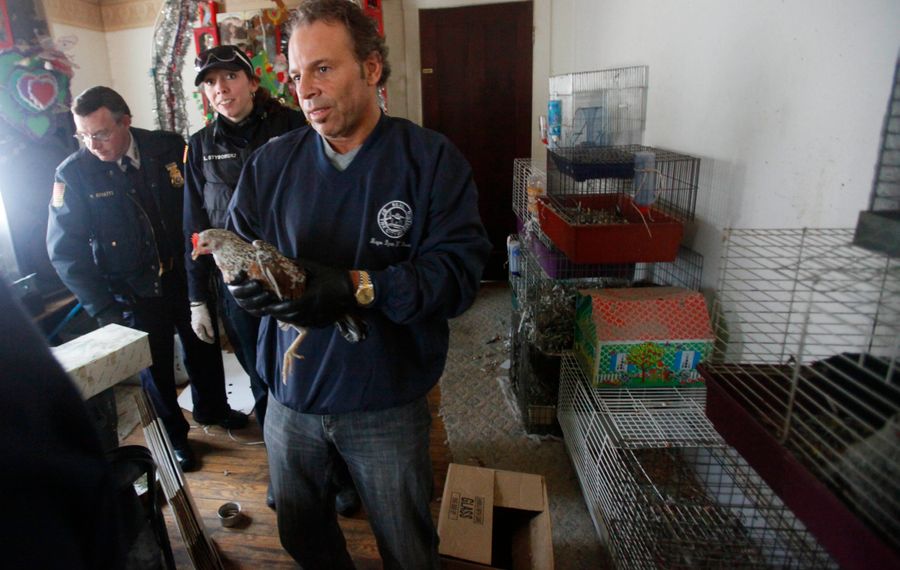 What's more, even after the payment is made, the city may continue investigating whether Licata was performing part-time work while he was supposed to be performing his full-time job as exterminator.

[Related: City exterminator called in sick, but seeks pay for other city job later in day]

Also, several issues highlighted by Licata's situation are expected to lead to some City Hall reforms regarding sick-time as well as the part-time job Licata held posting foreclosure notices.

Those likely reforms include:
* Notifying all city department heads that sick time is to be used when employees are sick, and it is not intended as a retirement benefit.
* Possibly addressing sick time abuse in future contract negotiations.
* Changing the way people are hired to perform the job posting foreclosure notices for the city, including possibly putting the work out to bid.
* Creating new rules that require whoever is posting the notices to log in the hours when the work is done.

The Common Council's finance committee talked about Licata's situation for about 20 minutes Tuesday before city attorneys advised Council members the case involved personnel issues that should be discussed in a closed-door executive session, and not at a public meeting.

The Committee then met for about an hour with city attorneys, discussing personnel issues, including the Licata case.

When the Council returned to open session, lawmakers said Licata's request for payment will be referred to the Council's Claims Committee, which will vote on whether to pay Licata the money he says is owed him. The Committee is scheduled to meet Nov. 10.

Neither the law department, the comptroller's office, nor the Council members would disclose what was said at the closed-door meeting.

But several lawmakers afterwards told The Buffalo News they will vote to give Licata the money, yet also vote to support sick-time and other reforms.

"He did the work, he should get paid," said North District Councilman Joseph Golombek Jr. "He didn't do anything wrong."

"However," Golombek continued, "the city should look into the policies."

"If the person has done the work, even if there's a loophole,  they should be paid," Pridgen siad. "However, it's the responsibility of the Common Council to ensure the loophole is closed."

Licata worked for the past 31 years as a full-time city exterminator, earning about $46,000 in base pay, but as much as $78,000 annually with overtime.  In recent years, he also worked as an independent vendor for the city assessor's office, posting foreclosure notices on vacant properties. He was paid $12 for each notice he posted.

In 2014-2015, the comptroller's office paid Licata $7,140 for his part-time work, but another bill he submitted that year for $9,144 was flagged. During the time period that bill covered, Licata was working large amounts of overtime, sometimes consecutive double shifts. An auditor questioned how Licata could be posting as many as 66 notices on a day when he already worked a 16-hour shift at his full-time job as city exterminator. The comptroller's office questioned whether Licata was performing his part-time job while getting paid to perform his full-time position.

Licata said he filed his retirement papers with the city, and told his boss  that he was burned out and stressed out from the job as head exterminator and would use his accrued vacation and sick time until his Aug. 30 retirement date. Licata said his boss - whom he declined to identify - did not object.

Licata submitted to the city his bills for serving in-rem foreclosure notices on 21 days between July 5 to Aug. 19 when he was recorded as out sick from his exterminator job, according to the comptroller's office. One other day was listed as a vacation day.

Golombek, who is friendly with Licata, said he believes Licata was able to work consecutive 16-hour shifts and then post foreclosure notices.

There is a City Hall culture that results in some people thinking it is acceptable to use unused sick days as personnel days prior to their retirement, said Lovejoy Councilman Richard A. Fontana, chairman of the Council's finance committee .

"It seems department heads are OK with that. It's not OK," Fontana said. "We need to change that mentality."

Fontana suggested it might be helpful if the comptroller's office sent a letter to department heads emphasizing that sick days are to be used when employees are genuinely sick.

Sean Carney, president of AFSCME Local 264, has said the city's blue-collar contract does not require employees to inform the city of part-time employment, and the question of whether a blue-collar employee can work a second job after calling in sick at a city job has never come up. He's not aware of any contract language addressing the issue, he said.

The blue-collar contract limits the amount of accumulated sick-time that can be cashed out upon retirement to one-third of the unused sick-time accumulated up to 180 days.

Licata said that he still had 1,800 hours in accumulated sick time remaining - which is roughly 225 days - when he retired at the end of August. That amount would exceed the 180-day limit to be used in his retirement cash-out calculation. He also lost a couple days of unused vacation time, Licata said.