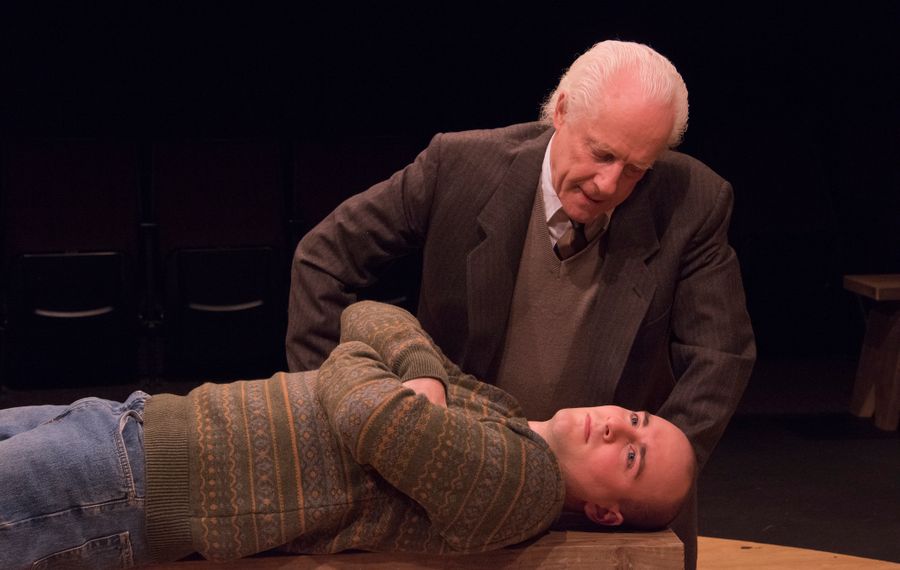 When British playwright Peter Shaffer died in June at 90, he left behind an enduring body of work that illuminated the pathways among creativity, ambition and madness.

Few plays embody Shaffer's psychological approach to drama better than "Equus," which explores the relationship between a deeply troubled boy and his psychiatrist. The Irish Classical Theatre Company's production of the much-revived 1973 show, starring P.J. Tighe as the boy and Irish Classical Artistic Director and co-founder Vincent O'Neill as the psychiatrist, opens Oct. 28 in the Andrews Theatre (625 Main St.) and runs through Nov. 20.

The show, which opened in London's Old Vic Theatre in 1973, was a smash upon its debut and its subsequent transfer to Broadway. It won the 1975 Tony Award for best play. It was hailed by audiences and some critics for its deft fusion of tough subject matter and theatrical finesse, leading Michael Billington to write that the play's "intellectual argument and poetic imagery are virtually indistinguishable."

In a release, O'Neill called the play "beautiful, thought-provoking and sometimes savage." It is the one of two plays by Shaffer in the company's current season. Next up is a co-production of "Amadeus" with the Buffalo Philharmonic Orchestra slated for Jan. 20-22.