Following a day of non-stop excitement (cleaning out the garage), we found ourselves in need of a stick-to-your-ribs dinner. We grabbed Sig O’s dad Papa Tom (aka Bachelor for the Night) and headed to the Edge of Town which sits on the Cheektowaga/Buffalo line.

EOT reminds us of (and probably was) a neighborhood gin mill in its heyday. Very much in the mode of one of our favorites, Wiechec’s on Clinton Street. The interior appears fairly untouched by time, but in a good way. And while we cannot be sure, the place is wonderfully toasty, as if heated by radiator.

Scanning the extensive menu, one is hard pressed to find anything over $10. Entrees include the soup and salad bar. You can get it alone for $5.95; added to a sandwich it’s a buck. Menu entrees include old school favorites like chopped sirloin ($7.95) and Chicken in a Basket ($7.95). A single guy next to us had cheese ravioli with meatballs ($6.95).

The most unbelievable deals are “all you can eat” entrees (no take out or doggie bags). Served on different days of the week, choices include the likes of chicken (dark meat) $7.95, roast beef $8.95 and liver and onions $7.95. They come with potato and vegetable, plus the soup and salad bar. 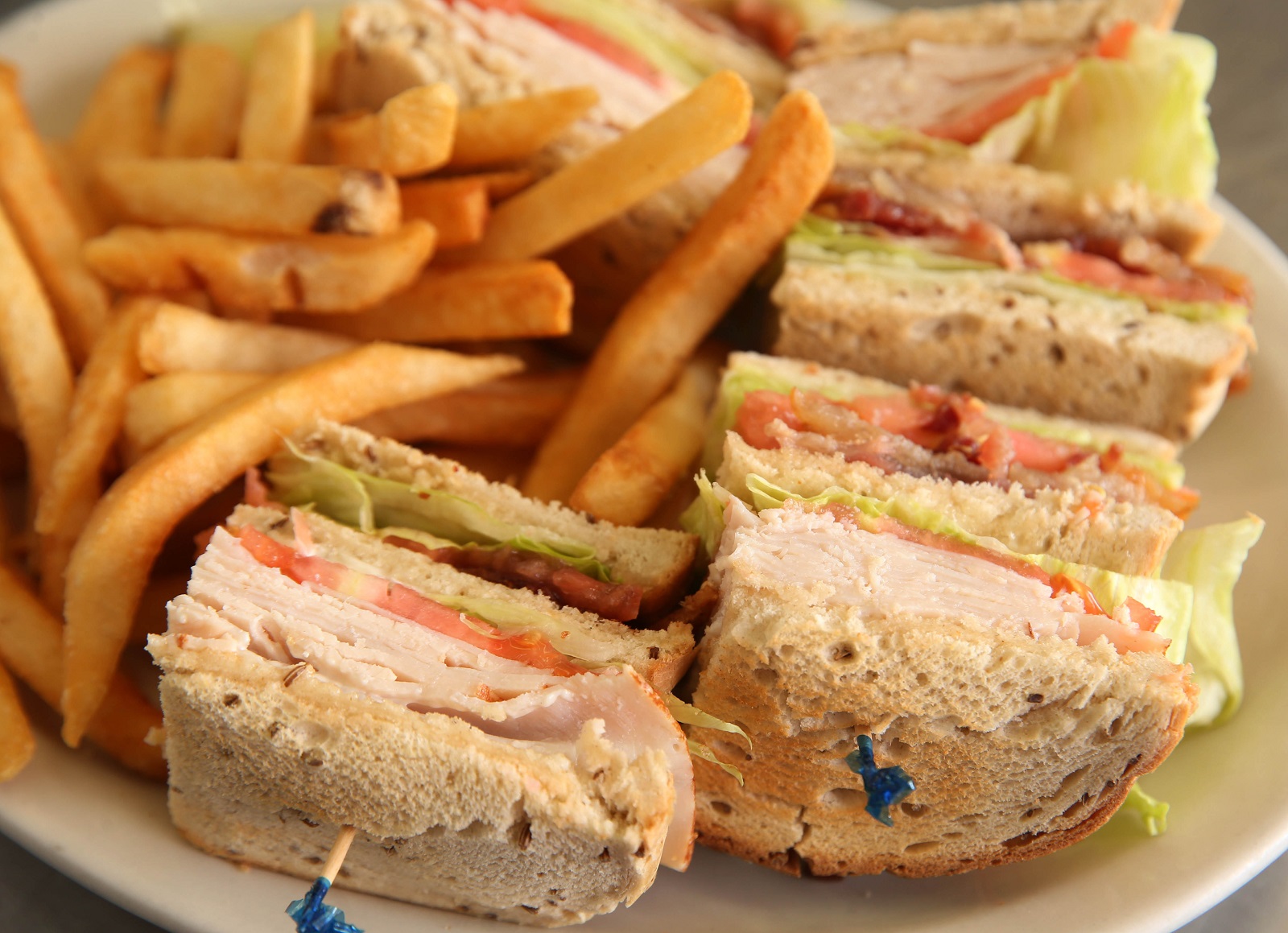 The Edge of Town's turkey club on rye with fries. (Sharon Cantillon/Buffalo News)

[Photos: Sharon Cantillon's gallery from the Edge of Town]

As sure as the sun rises, father and son went a haddock fish fry ($9.95) and fried bologna ($5.95). In an election year, my debate was between the breaded pork chops or roast pork specials ($8.95). I settled on roast pork, but nearby chop plates looked good.

We started with the soup and salad bar. Folks looking for micro greens and heirloom tomatoes are out of luck. The salad is a basic iceberg mix, with toppings like carrots, garbanzo beans and tomatoes with several dressings. 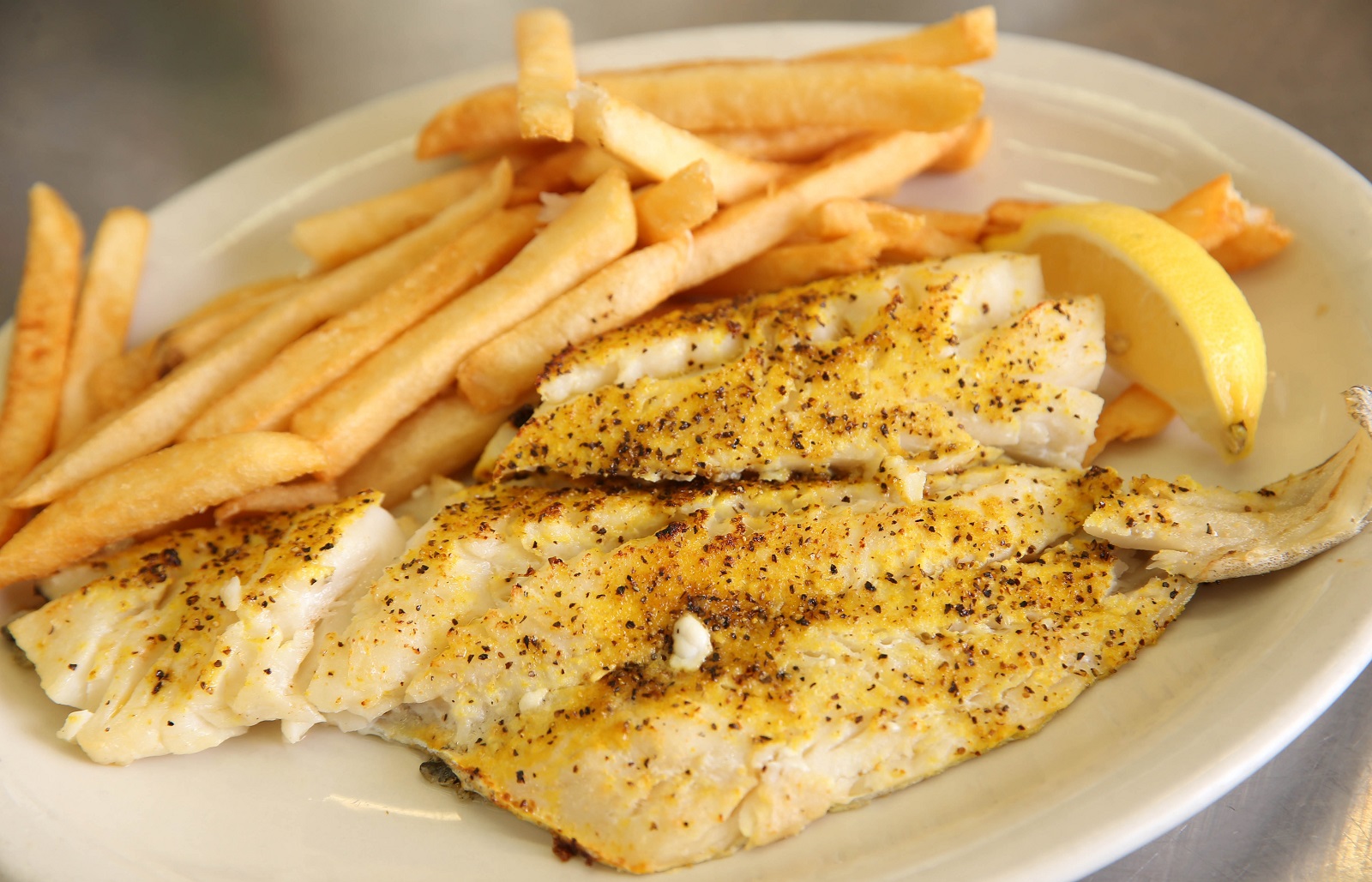 This is the lemon pepper broiled fish dinner. Potato and macaroni salads are available at the salad bar. (Sharon Cantillon/Buffalo News)

Standard fish fry sides — coleslaw, macaroni and potato salads, plus a basket of rye bread and butter — are here, too. Nothing fancy, but solid. The soup was the big winner — golumbki — a rich tomato base with ground beef and cabbage that tasted exactly as its namesake.

SigO loved his fried bologna. (Was it Wardynski? A company calendar hangs in the bar.) Thin cut, it was piled thick with onions and mozzarella on a super soft roll — a winner. 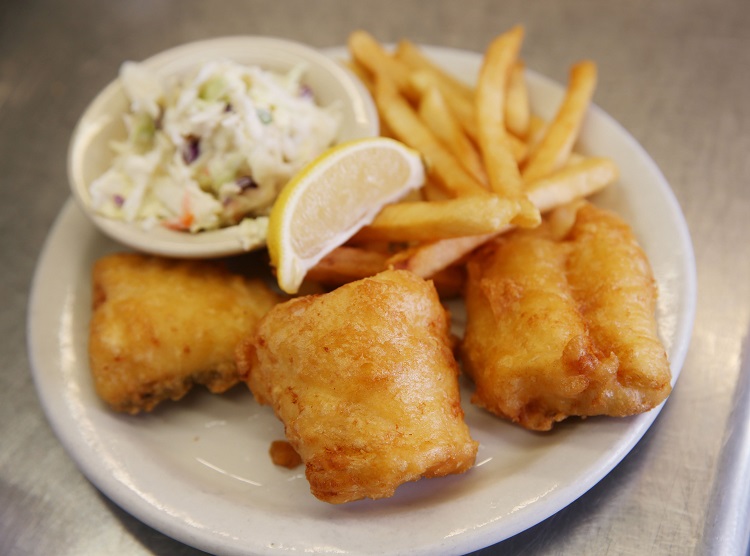 The beer battered fish finger special, available every Friday, is one of the many fish dishes at Edge of Town. (Sharon Cantillon/Buffalo News)

Papa Tom’s large plank of breaded haddock (battered or broiled also available) was hot and fresh with two big hunks of lemon on the side. Both fellas got nice hot fries. A side of macaroni salad from the salad bar was on the sweeter side, but tasted homemade.

With two Coors Lights and an iced tea our bill came to $35.18. We left well fed and with a frequent dining discount cards from our super friendly waitress Jenny. A winning combination in the Cheap Eats world.

Scene: Neighborhood tavern with lots of regulars and good food. 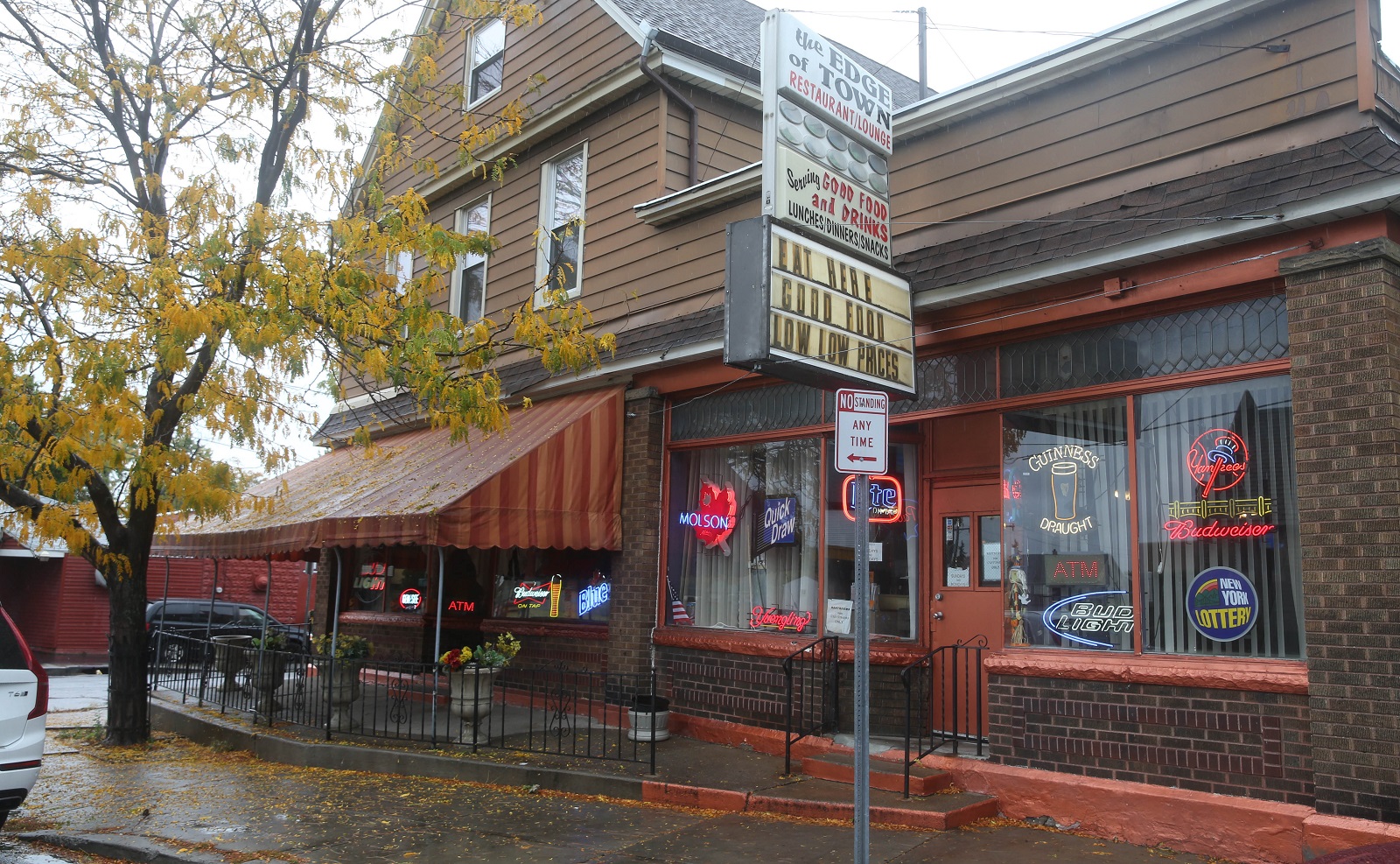 The Edge of Town has been serving customers for over two decades. (Sharon Cantillon/Buffalo News)