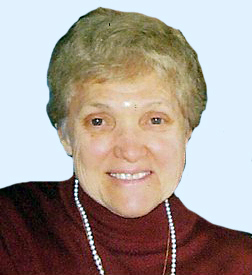 Rose G. Janish, of Amherst, a librarian at Erie Community College’s City Campus, died Thursday in Buffalo General Medical Center after a short illness. She was 86.

Born in Buffalo, one of seven girls, the former Rose Giglia was a 1948 graduate of Lafayette High School.

Mrs. Janish served as a City Campus librarian from 1986 until she retired in 2011. She was a member of Beta Phi Mu, the International Library Science Honor Society, and the New York Library Association.

She was certified as a master gardener in 2001 by the Cornell Cooperative Extension. She also was a volunteer with the Literacy Volunteers of America.

A Mass of Christian Burial will be offered at 9:30 a.m. today in St. John the Baptist Catholic Church, 1085 Englewood Ave., Town of Tonawanda.