Cheery quiz for the day:

What percentage of the roughly 10,000 people who die in Erie County each year are cremated, rather than buried in a casket?

That means that cemeteries, like phone-book companies and sellers of hard-cover books, need to tweak their business model to survive in the digital age.

“The notion of cremation being the new norm actually challenges the relevancy of cemeteries,” said Joseph P. Dispenza, president of Forest Lawn Cemetery in Buffalo. “So you have to reinvent the notion of what a cemetery is for, instead of just being a place where you bury your dead.”

The Forest Lawn Group, which also includes three suburban cemeteries, is in the midst of two major initiatives, after receiving state permission to increase the number of urns allowed in one gravesite and reaching out, via social media, to Buffalonians past and present, encouraging them to rekindle their memories of the cemetery.

Cemetery officials across the nation are encouraging families to reconnect to cemeteries, hoping that more people will consider adding urns to their families’ long-standing grave sites.

That may be a challenge in Buffalo, with expatriates scattered around the country.

“We’re now reaching out to the broader nation and saying, ‘Come back,’” Dispenza said. “If you have anything to do with Buffalo or spent any time here, you have something to do with Forest Lawn.

“It’s all about putting Forest Lawn back into the minds of people who have a memory here or a loved one here,” he added. “This is what cemeteries are all about – memories. It’s the place where memories live and the stories are told.”

Dispenza has those memories, even though he has no relatives buried in Forest Lawn. 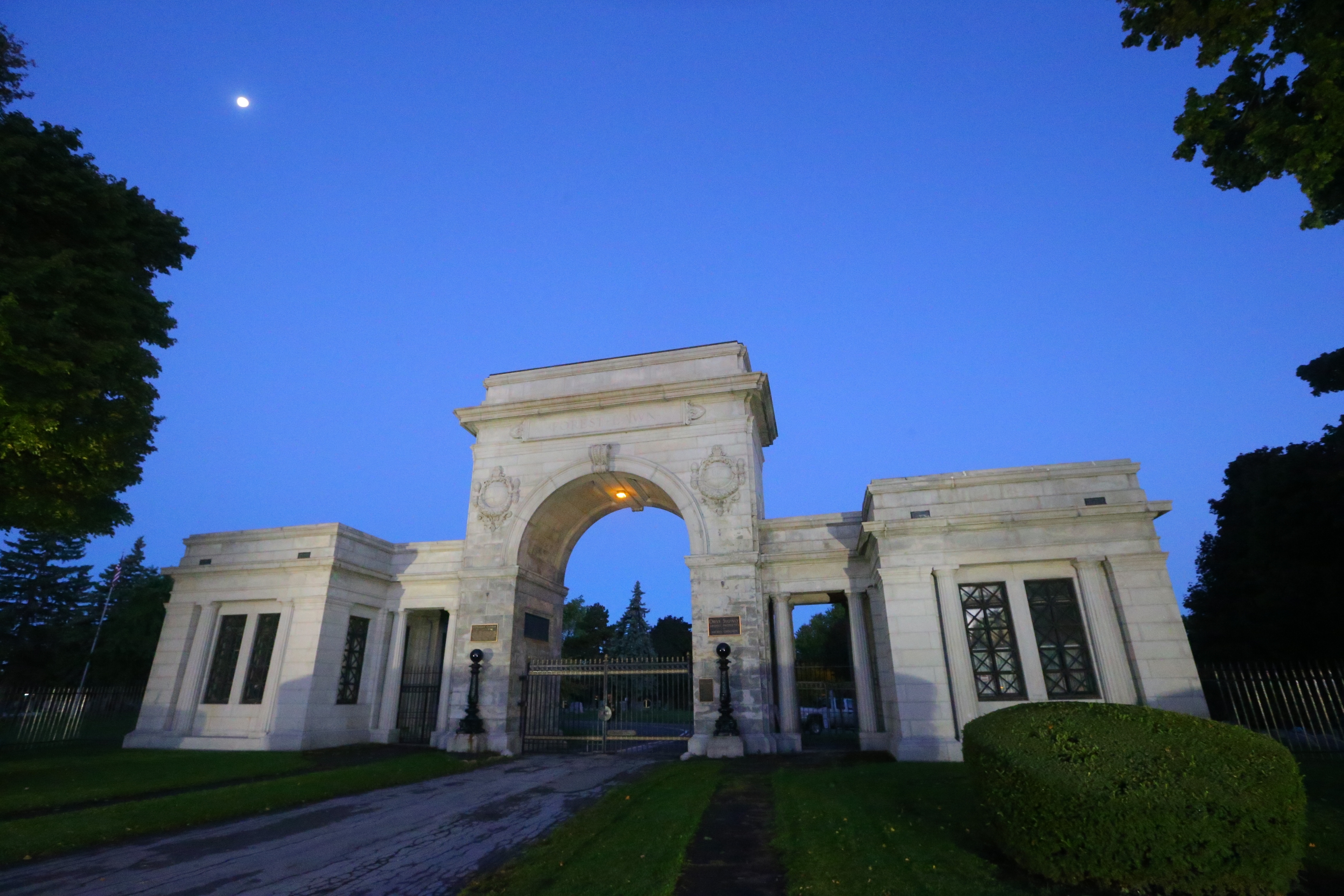 Now in his mid-50s, he grew up in the city’s Colvin-Hertel area, and he never will forget his mother driving him and his sister in the family’s blue Rambler, going around the zoo, onto then-vibrant Main Street and into Forest Lawn. That’s where they traded the sounds of Main Street for the beauty and tranquility of the shade trees and Mirror Lake, with its ducks and koi fish. His mother even turned off the car radio and put out her cigarette.

"It was a reverent, sacred grounds, even though nobody we knew was buried here,” Dispenza said.

He also tells the story of a top Forest Lawn official who was in the primary grades at a nearby Catholic school in 1963 when an administrator announced that John F. Kennedy had been shot and killed.

“He remembers looking out the window, seeing the cemetery and wondering, ‘Will he be buried here?’” Dispenza said.

1. Expanding the cemetery’s burial rights, to keep families together.

Cemeteries typically had the capacity for one casket and one urn, or two urns, in each gravesite.

But Forest Lawn, with the approval of the state Division of Cemeteries, changed its rules to allow one casket and three urns, or four urns, per gravesite.

That change accepts cremation as the new norm and encourages families to stay together forever.

2. Reaching out to current and former Buffalonians who can tell their stories about Forest Lawn. 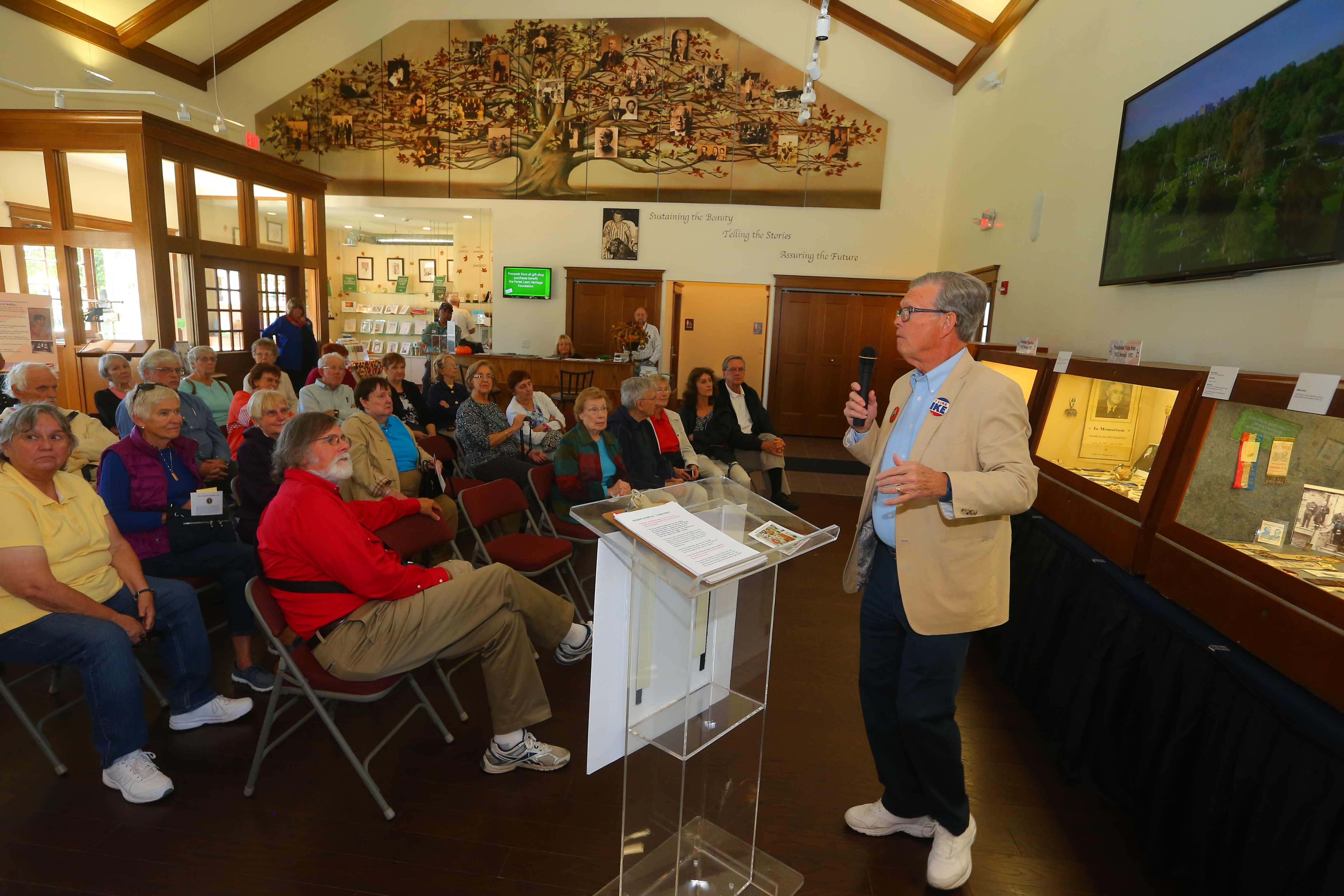 A private coach tour from Syracuse takes a tour of the cemetery, and a briefing at the Wendt Archive at Forest Lawn. (John Hickey/Buffalo News)

In early November, the cemetery plans to expands its social-media presence, going on Instagram and Flickr and publishing a weekly blog on its website. The goal is to reconnect to people who will share what Forest Lawn has meant to them and their families.

Next spring, cemetery officials plan to publish a new coffee-table book filled with those memories.

“The book we want to create is a view of Forest Lawn through the eyes of people who have been touched by Forest Lawn,” DePalma said.

Early entries so far have come from a 41-year-old Kenmore woman who has visited her mother’s grave on each of the mother’s last 28 birthdays, finding comfort in a tree near the grave; a Richmond, Va. man who came to Buffalo to visit his great-grandfather’s grave, and two discovered other relatives buried there; a retired city forester who still revels in the cemetery’s shade and ornamental trees; and a Florida woman who did not learn of the existence of a great-aunt until she became a Forest Lawn member and researched its archives.

Forest Lawn officials believe there are thousands, tens of thousands, of such stories out there.

After all, 162,647 people are buried in the Buffalo cemetery, both above and below ground. Considered another way: that population would rank it as the second largest city in Western New York.

Forest Lawn also plans to launch a new feature, inviting people to go to its Margaret L. Wendt Archive and Resource Center and tell their stories in front of a video camera and microphone.

“People can tell stories about themselves, their families, their memories of Buffalo, and we’ll have it on a flash-drive and keep it in our archives,” Dispenza said. “It’s keeping Forest Lawn as the keeper of your memories, for the first time not tying it to a grave.” 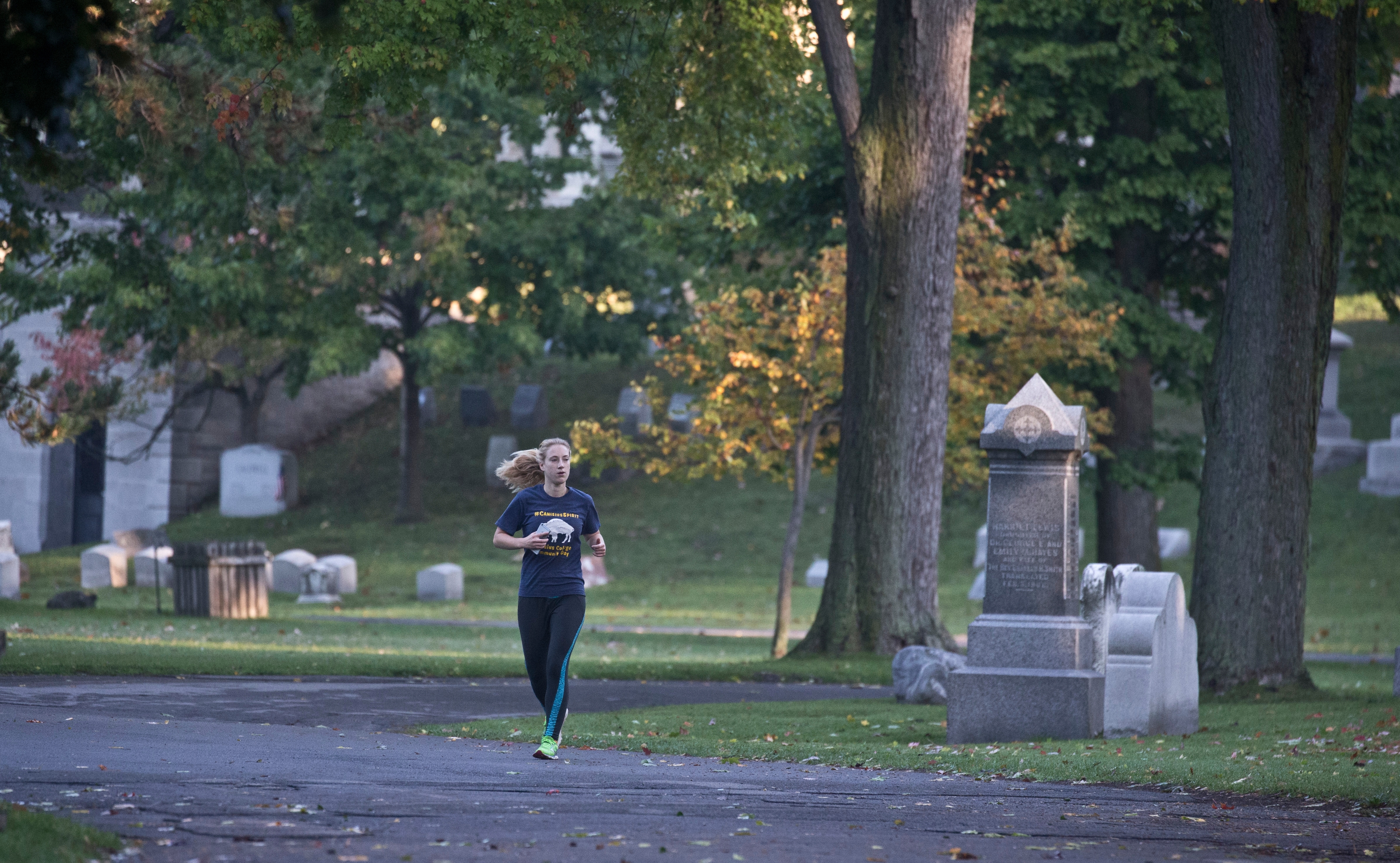 Besides the presence of some 10,000 people who attend the roughly 1,000 burials in Forest Lawn each year, the site also attracts about 12,000 people on trolley, private-coach and school tours, along with others who walk, jog or bike through the grounds.

This is all part of connecting the cemetery into its community.

The same approach is occurring at other cemeteries, including the Family Fall Fest at Elmlawn Memorial Park in the Town of Tonawanda last weekend. Elmlawn officials explained it was part of an effort to change the public perception of a cemetery from a place of death and mourning to a site of community and activity.

The annual number of deaths in Erie County has remained constant in recent years, varying from about 9,700 to 10,200, Dispenza said.

Erie County has a higher cremation rate, 54 percent, than the national average of 48.6 percent last year, according to the Cremation Association of North America.

“I think, in a very traditional community like Buffalo is, working-class folks who grew up here, married the girl next door and stayed in the same parish, all of a sudden when the next generation began to leave, the long-time traditions left with them,” Dispenza explained.

As the county’s cremation rate continues to rise, experts believe it will level out at about 70 percent.

So cemeteries everywhere have to change their operating model to survive.

As Dispenza said of his cemetery, “All these initiatives point back to the same promise, to keep the perpetuity of Forest Lawn.”