We’re talking a lot lately about lady parts, and what to do with them if they’re not yours.

We’re hearing from loquacious ladies with opinions about things like global warming … things that aren’t even just lady things. In short, ladies are getting some major buzz. 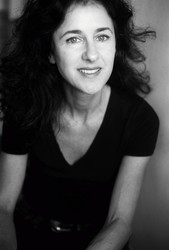 Cathi Hanauer follows up “The Bitch in the House.”

The world seems to be awakening to the fact that it’s made up of more than 50 percent women, and some folks are reacting to this with wonder, like we did when we first learned that our bodies are more than 50 percent water. By which I mean they’re acting like they just took acid for the first time and the Venetian blinds are suddenly a rainbow.

Considering that over 50 percent business, it’s notable that reporting on “women’s experiences” is still something of a specialty genre in nonfiction. But the sting of this is balmed somewhat by the monstrous sales these books tend to rack up (best revenge is your paper, right Beyonce?) Turns out, ladies really want to read other ladies talking about lady-things, ranging from makeup to global warming. On this we can rely.

To discuss “The Bitch is Back,” a collection of essays by Cathi Hanauer, requires first a brief deconstruction of its title. This book’s title is also the title of an Elton John song. The book itself is a sequel to Hanauer’s best-selling 2002 collection “The Bitch In the House,” and the title of THAT is a sly rejoinder to Virginia Woolf’s call to women writers to “kill the angel in the house” (by which she meant revolt against the imperative to prioritize domestic abnegation over creative work). Woolf’s “Angel In the House” nodded to a mid-19th century narrative poem of that name by Coventry Patmore, describing a woman of selfless maternal and feminine devotion.

Intellectually exhausted yet? Don’t worry, we’re going to talk about sex in a minute.

“The Bitch In the House” was a series of postcards from the zeitgeist, foreshadowing the current literary fad for “raw honesty” about the experiences of women in the modern world. It was, as advertised, about “sex, solitude, work, motherhood, and marriage,” featuring pieces from heavy lit-hitters like Pam Houston, Natalie Angier and Vivian Gornick. It made a splash because the voices within it were fresh, and were not, at the time, elevated within the discourse; they reflected the largely underacknowledged desperate fury of modern women trapped in a nightmare of conflicting expectations, while providing relief, hope and a sense of affirmative fellowship. Ladies were mad, and they were not alone.

It helped enormously that so many of the essays in “The Bitch In the House” were funny. They covered why one might marry or not, become a mother or not, work or not ... have sex – or not – but if so, with whom and how often and when. The tone throughout was universally frank, thoughtful and respectful. The book hit a nerve and the tone produced was a resonant one.

“The Bitch Is Back” is aimed at the same women, 15 years later. Its subtitle is “Older, Wiser, and (Getting) Happier.” Nine of the essays are “where are they now?” codas to essays from the same women in “The Bitch In the House,” such as Pam Houston’s “Five Crucial Things the Fifty-Three-Year-Old Bitch Knows That the Thirty-Nine-Year-Old Bitch Didn’t (Yet).” A choice quote from which being: “mild misanthropy may simply be a thing intelligent women of a certain age grow into”.

These essays are keeping it very, very real. They address everything from arranged marriage to estranged mothers, vaginal lubrication to Botox to infidelity to surviving an abusive marriage and raising your children without an education (“I’m not lonely. Honestly I’ve never had the time or the privacy”.) Sex is discussed at length, and in depth. Sandra Tsing Loh, always reliably scandalous, is here. You’ll laugh, you’ll wince, the whole package is covered.

That the essays comprise a smooth and effective collection is a feat of editing, which is an undervalued skill. Hanauer’s strong editorial voice was crucial to the success of “The Bitch In the House,” and it’s the key to the value of the sequel. It is Hanauer’s goal to tell these individual tales as part of a larger story, making sure they are disparate and representative, while extracting the common wisdom and shared sensibility from them by means of their selection and arrangement. She is curating the reporting coming from the front lines of ladyhood, and she does an admirable job.

The nagging question of course is how necessary this book is, 15 years after its predecessor, when our shelves and Wi-Fi are sagging – like our aging jowls – from the weight of similar essays. If the audience for this book is middle-aged women, I imagine that reading it will be a near universally pleasurable and satisfying experience. But of course the people to whom these perspectives might provide a radical education are men, or perhaps younger women. Will they read them? Unlikely.

Lately, there has been an outpouring of stories on social media about women’s experiences with sexual assault. While each is stirring in its own right, the power comes from the cumulative impact, and the effect on the actuarial tables. We have encouraged women to be “the angel” in society – silent, forbearing, endlessly absorbent of humiliations ranging from genital grabbing to being denied equal pay. When they break this rank en masse to form a new rank, a resistance of sorts, it is hard for even the most insulated ears to ignore.
“The Bitch In the House” represented a call to arms from and to women who were trying to pass muster, meeting impossible standards for female success under increasingly impossible circumstances. Its call sparked a response from silently toiling women who related, and the ensuing din caught the attention of the world surrounding them.

“The Bitch Is Back” is quieter, more reflective, more peaceful and ultimately more promising … but it will not be a shot heard round the world. Especially now, when we are living through the experience of a grandmother running for president. All eyes are elsewhere, and the urgency to attend to women’s experiences finds another wrinkled face to examine.

So while the bitches may be back, they’re now in the background. The ladies of the zeitgeist have bigger fish to fry.

Emily Simon is a Buffalo-raised writer living in California.