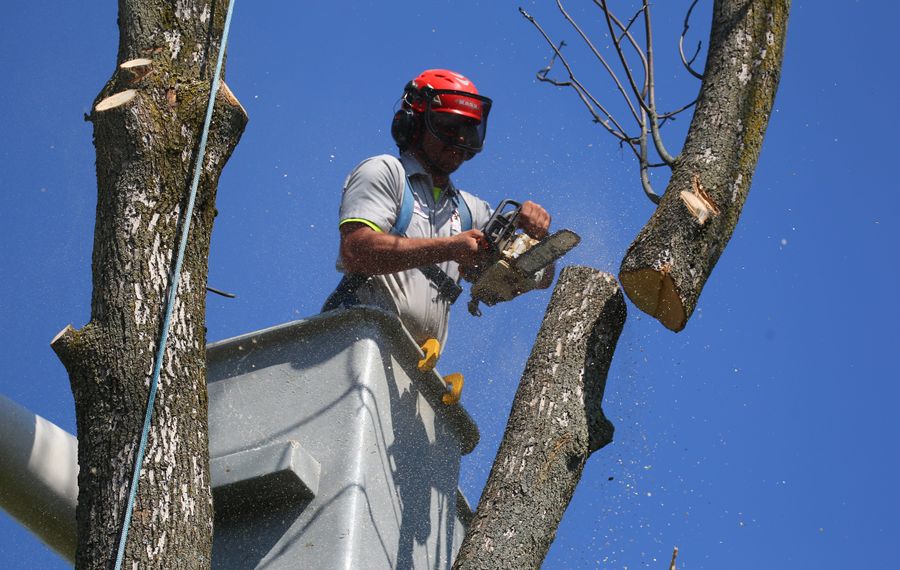 The Town of Lancaster has been aggressive in attacking a continuing emerald ash borer problem by injecting pesticides into more than 500 of its struggling ash trees since May.

Is that a lot of the town's ash tree stock?

And next year, the town plans to inject the other half of its ash tree population to protect the trees and save as many as possible. The injections do not always save the affected trees, but it's the best municipalities can do, he said.

Lancaster is one of the area's hot spots for a borer problem that emerged in Erie County in 2001. The town was nearly "at the top of the curve" for the problem, based on an informal update Lubera received last month from state environmental officials.

Town crews recently removed about 50 dead ash trees, with about  20 to 25 of them on rights-of-way hanging over residential properties in the southern section of the town, Lubera said. "They were just a hazard," he said.

The other 25 ash trees that were removed last month were  on Hidden and Arrow trails, two streets in the Hidden Pines subdivision. About six remaining ash trees were saved in that area, Lubera said.

"They were old, and we missed a crucial year in injections," Lubera said. "By the time, we got back in, most of them were dead."

In their place, the town plans to plant a variety of new trees next spring and fall, he  said.

In all, Lancaster has about 1,200 ash trees on town rights-of-way. It stopped planting them in the late 1990s when the ash borer was accidentally introduced into the country, tucked in wooden shipping pallets with car parts headed to Michigan from China.