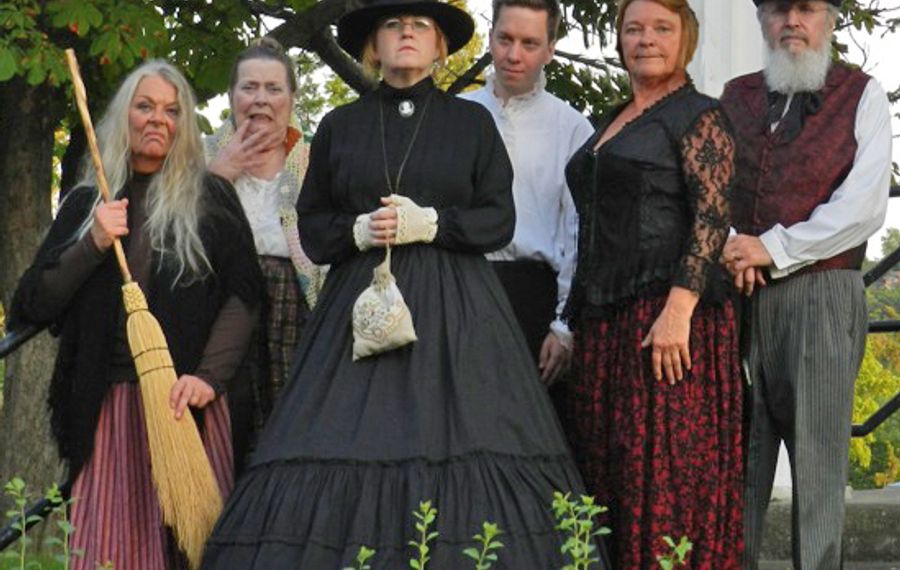 A concerned person called Lewiston police earlier this month to report they'd seen a suspicious person dressed as a witch at 7:30 p.m. in the 500 block of Cayuga Street in the village, just a few blocks away from where the Marble Orchard Ghost Walk is held. A police officer was dispatched to check it out.

According to Lewiston police, the caller did not want to be interviewed, but was concerned. The call came on the heels of a spate of calls about creepy clown sightings locally and across the nation. 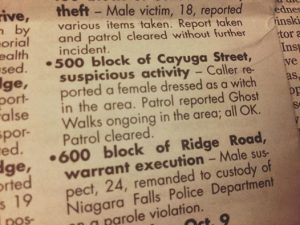 Police call for a suspicious witch.

"Here in Lewiston we have Ghost Walks every year. I'm not sure why the caller called," a Lewiston police clerk said of the Oct. 8 complaint.

Lewiston Council on the Arts Artistic Director Eva Nicklas performs as the creepy "Hazel the Witch" character during the Ghost Walks. Apparently she is playing the role too well.

The Ghost Walks continue at 7 p.m. on Saturdays through the end of October. Walks begin at the Peace Garden, 476 Center St., in Lewiston. Guests are advised to wear comfortable shoes for the less than one mile walk and to bring their own flashlight.