A counselor at the Gowanda Correctional Facility has been charged with rape and official misconduct, State Police said. 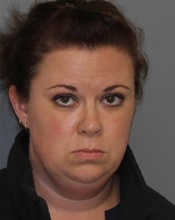 The Department of Corrections and Community Supervision's Office of Special Investigations contacted State Police about a matter involving Trask's inappropriate relations with an inmate, the agency said.

Trask was charged with third-degree rape, a class E felony. The official misconduct charge is a misdemeanor. She is due in Collins Town Court later this month, police said.

Gowanda Correctional is a medium-security facility in the Town of Collins that houses male inmates, according to the state Department of Corrections and Community Supervision website.