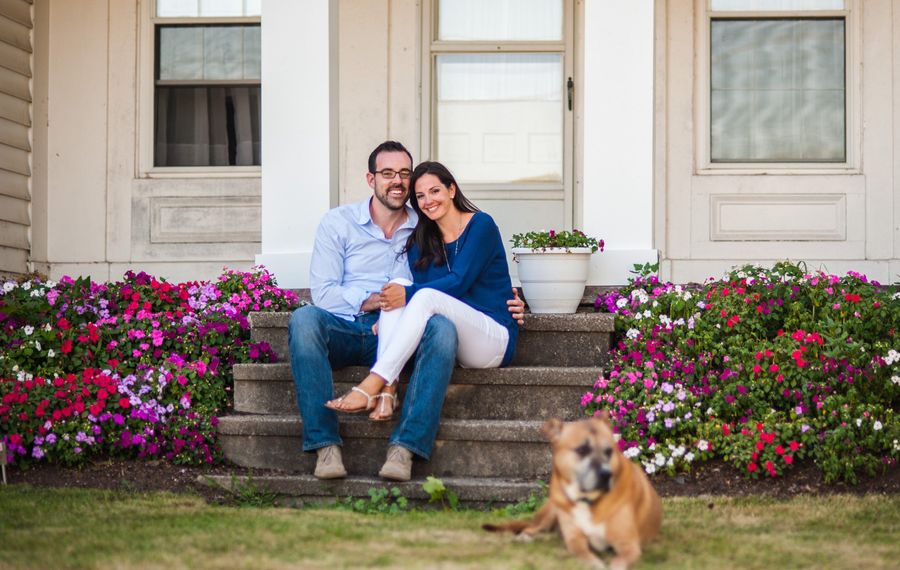 Growing up in Medina, Alix Gilman and Scott Robinson often heard and repeated the phrase, “There’s nothing to do around here.” Now, Alix wonders if they were just too young and unaware to notice all of the things that Western New York had to offer.

Alix and Scott, both 32, first met in sixth grade when Scott passed a note in English class, hoping Alix would go out with him. She turned him down.

“We reconnected about 17 years later,” Scott said. “During our 10-year high school reunion. I gave her a first edition of 'Gone With The Wind,' which is her favorite book.”

“Of course I owed him a date after that,” Alex joked.

The two have been together ever since. They ended up leaving the area in their 20s for the same reason a lot of other people their age left — to explore and get out in the world. 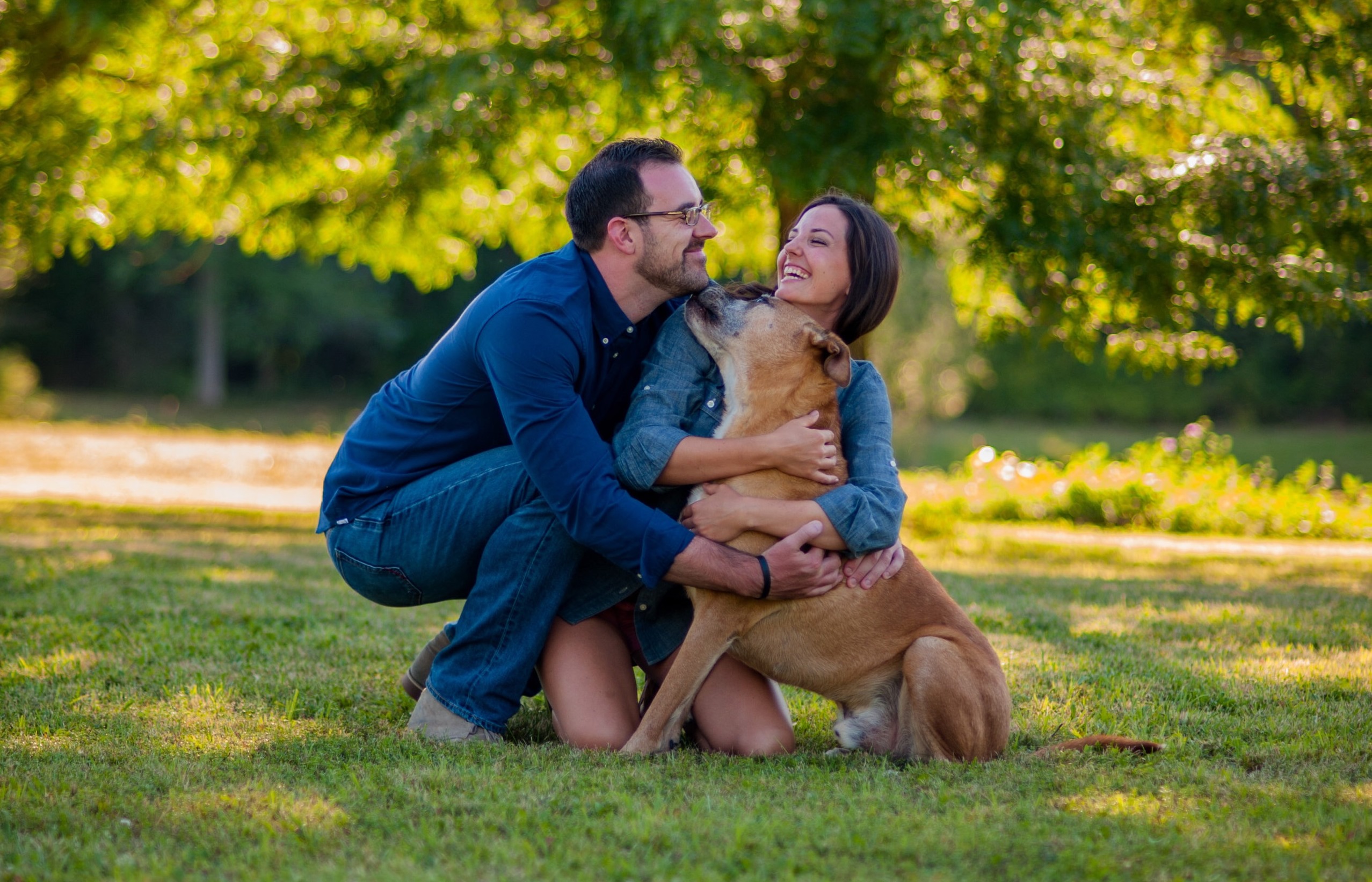 Scott Robinson and Alix Gilman with their dog, Ivan.

Scott first moved to Washington, D.C., to work in politics after graduating from Oswego. Alix spent time in a few different places, and attended Syracuse University for undergrad and graduate work. After she and Scott got together, they settled in D.C.

“Life was hectic and fast-paced,” Scott said. “I worked in politics and government for the first six years I was down there. After Alix moved down with me, we wanted to make an effort to get out and explore the city.”

“We decided to be the kind of couple that goes out and does things, and takes advantage of the entertainment, food and culture around us,” Alix added. “That’s why we started a food blog. It forced us to get out of our sweatpants and go out more.”

The blog — In A DC Minute — began in 2013 and served as a lifestyle blog highlighting food, drinks, travel and everything a couple might do and enjoy in the D.C. area. The goal, Alix said, was to inspire other people to get out and explore their hometown area.

Name: Scott Robinson/Alix Gilman
Ages: 32
Current location: Medina
Previous locations: Syracuse, Virginia Beach, Va., and Washington, D.C.
Loves most about Medina/Buffalo: The hometown feel and the ability to make a positive impact
Missed most about D.C.: The collision of cultures and flavors against a historic backdrop

“We found that when it came to restaurants and events, most reviews were written by food critics or we’d find something on Yelp.com. There wasn’t anyone talking about it from a couple’s point of view, as far as going out on dates. So that’s how it began. Then it grew into something bigger.”

With Scott’s social media and communications background and Alix’s experience as an English teacher, the couple was able to produce well-written posts and maintain a solid social media presence. They managed to find a niche that suited them as well as their target audience. But even though their blog was doing well and they were enjoying their social life, the nagging thought of moving back to Medina kept popping up. It didn’t matter how long they had lived in D.C., they always felt like visitors. So, when the move finally became a reality, Alix and Scott figured they’d take the blog home right along with them. 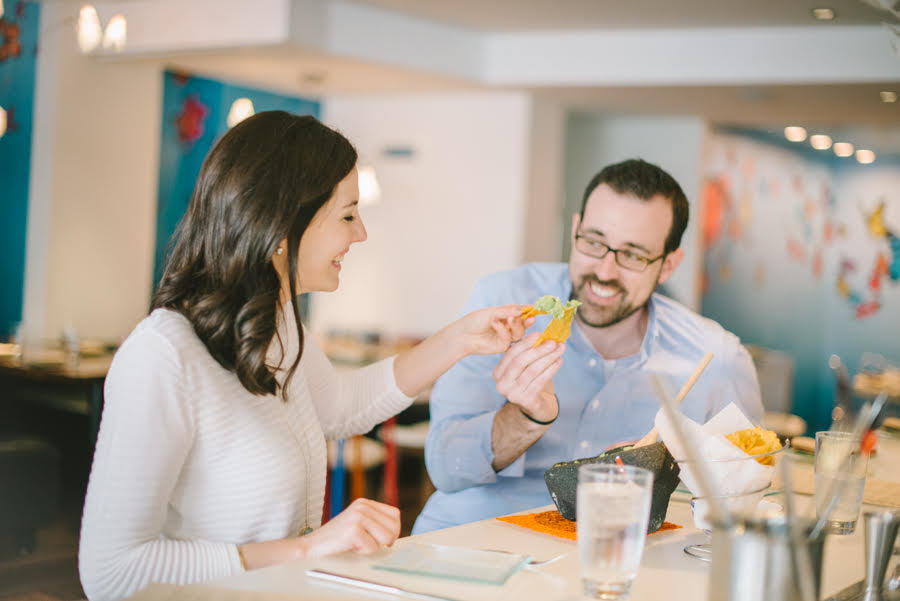 Alix Gilman and Scott Robinson are big fans of guacamole.

“What we learned after we moved back is that there isn’t a huge blogging presence here like there was in D.C.,” said Scott. “And when we write a blog post, we are helping to promote a small business or an event that will uplift the community as a whole. Eventually, the blog will have a new name that reflects both the Western New York and D.C. area, since I work remotely and travel back and forth.”

“We want everyone to see Western New York through our eyes,” Alix added. “We want to share the excitement about what’s happening in the area, and we know we can literally help put the area up on the pedestal we feel it deserves.”

Alix and Scott have been back in Medina less than two months, and have already ventured into Buffalo a handful of times. They’ve been to Buffalo Proper, the Black Sheep, the Erie County Fair, Deep South Taco and Resurgence Brewery. Now, they’re looking forward to blogging about apple picking, pumpkin farms, wine tasting, harvest festivals and more.

“There’s nothing like fall in Western New York,” said Alix. “It doesn’t get any better than that.” 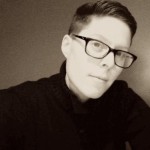