The rain is coming. A lot of it.

The National Weather Service forecasts a 100 percent chance for rain on Thursday and Friday.

Two to three inches of rain is expected to fall across Western New York by late Friday.

Western New York is in an area for possible flash flooding on Thursday. (NWS graphic)

The area of low pressure passing to the south of the region will bring "a soaking rainfall" to the region, according to this morning's weather service forecast discussion.

Forecasters have not yet issued any watches or warnings associated with the incoming wet weather, however, mentioned in a hazardous weather outlook that the "very dry ground conditions" will likely soak up a lot of the heavy rain, but "some minor poor drainage flooding may be possible...especially where leaves are blocking drainage systems." 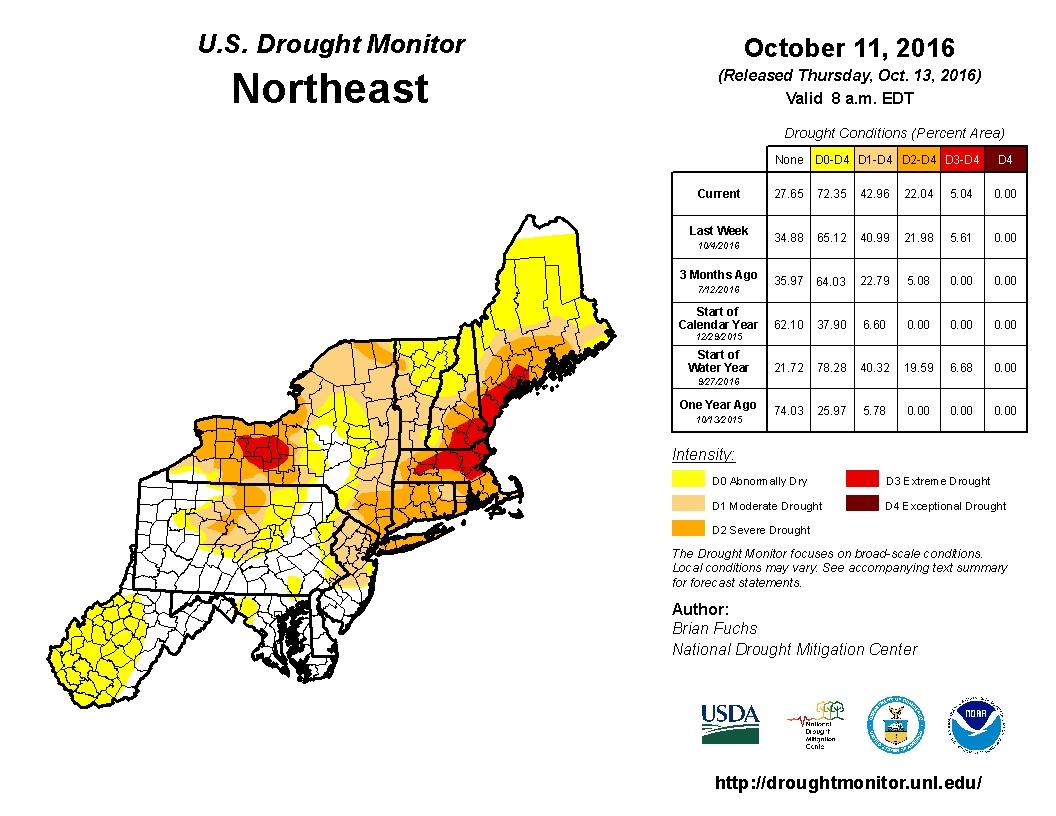 Much of Erie County remains under "severe drought" conditions, according to the federal Drought Monitor, however, areas further east remain under even more extreme circumstances. Those areas are also expected to pick up significant amounts of rain over the next couple of days. (U.S. Drought Monitor)

The rain is expected to start by about 7 a.m. Thursday and stick around for about 40 straight hours - until 11 p.m. Friday.

When all's said and done, it could cut into this year's nearly 8 inch precipitation deficit by as much as 40 percent.

So far this year, there has been 23.35 inches of rain at the Buffalo Niagara International Airport. The average by this time in the year is 31.56 inches.

It's the fourth driest year on record since 1938, according to weather service records. 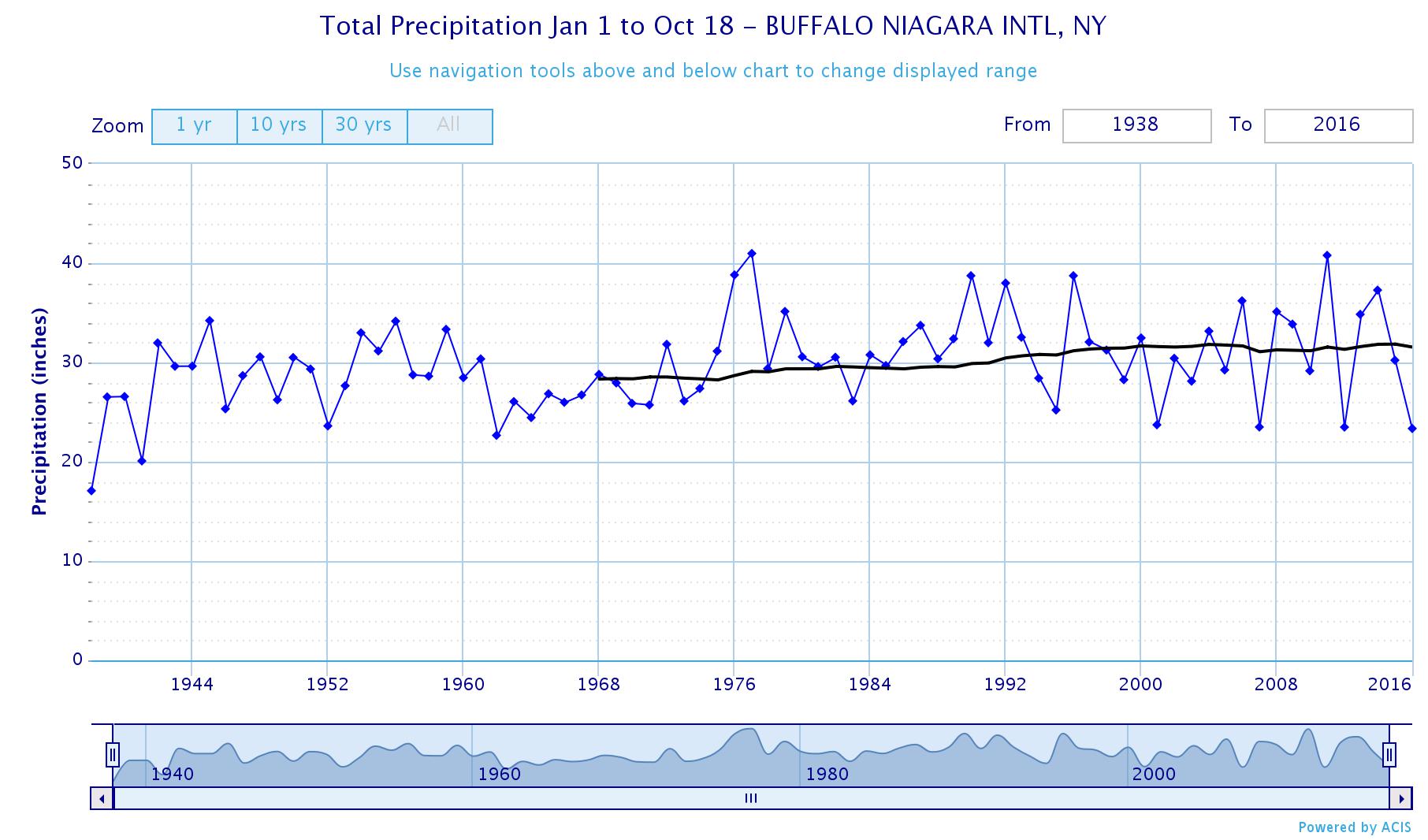