Even by its own high standards, the Iroquois field hockey team has been having a season to remember.

The Lady Chiefs go into Wednesday's game against West Seneca West with a 15-0 record. A win makes it a perfect regular season, the first in memory.

"That sounds good, but it's also kind of scary," coach Pete Tonsoline said.

"We knew what we had coming back. This summer, we played in three Rochester tournaments, and we won two of them and made the finals in the other. We knew we were strong, but over the course of a season, you never know what will happen. Fifteen in a row is remarkable for any sport, any team."

Senior Taylor Abraszek added, "It's amazing. It's an honor to be on this team."

It's the best season so far in Tonsoline's association with the sport at Iroquois, and that stretches back 34 years. 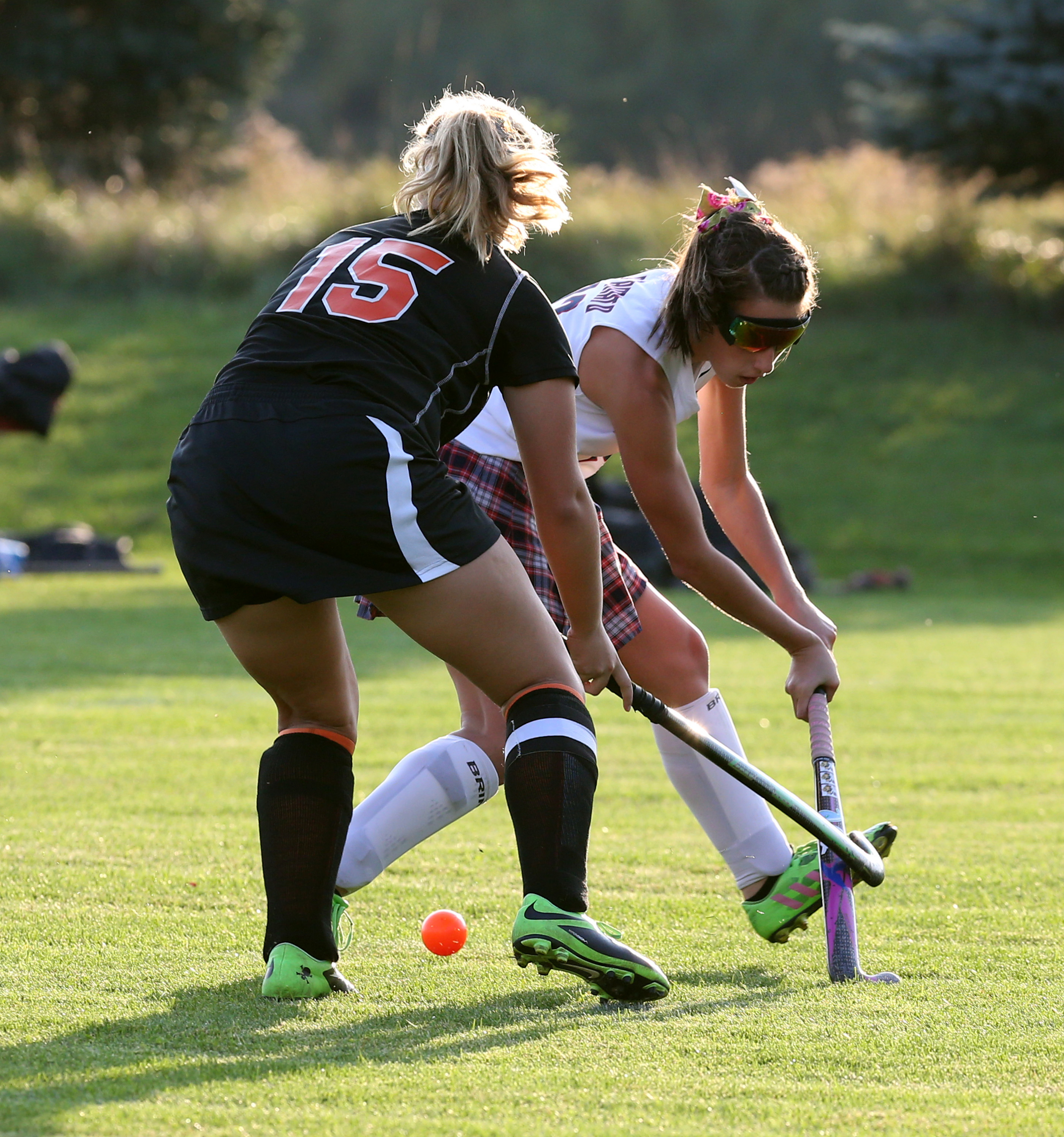 "I had been coaching football, but in 1981 I got out of it because my kids were young," he said. "My athletic director, Chuck Funke, called me up. They were forming a JV team in field hockey. The coach he had hired got a job somewhere else, and he asked me about it. I said, 'I don't know anything about field hockey.' He said, 'It's like ice hockey.' I said, 'Really?' "

Outside of details such as the playing surface and the number of players on the field at one time, there are some similarities between field hockey and ice hockey. Tonsoline took the job and got a crash course on the sport from a very good source - the varsity coach.

"I got addicted," he said. "Barb Millar was an icon, a legendary coach. I learned two things from her - how to coach the game of field hockey, and how to coach girls. For 10 years, you couldn't have asked for a better situation. We're still doing things for her. We play on Barb Millar Field.

"When she was getting ready to retire, she said to me, 'You're ready for it.' That was the most frightening thing for her to do. She had 250 wins. That was challenging beyond words. But I've done it for her."

The wins kept coming with Tonsoline at the controls. The victories made the sport attractive to young players, and the cycle has continued to this day. 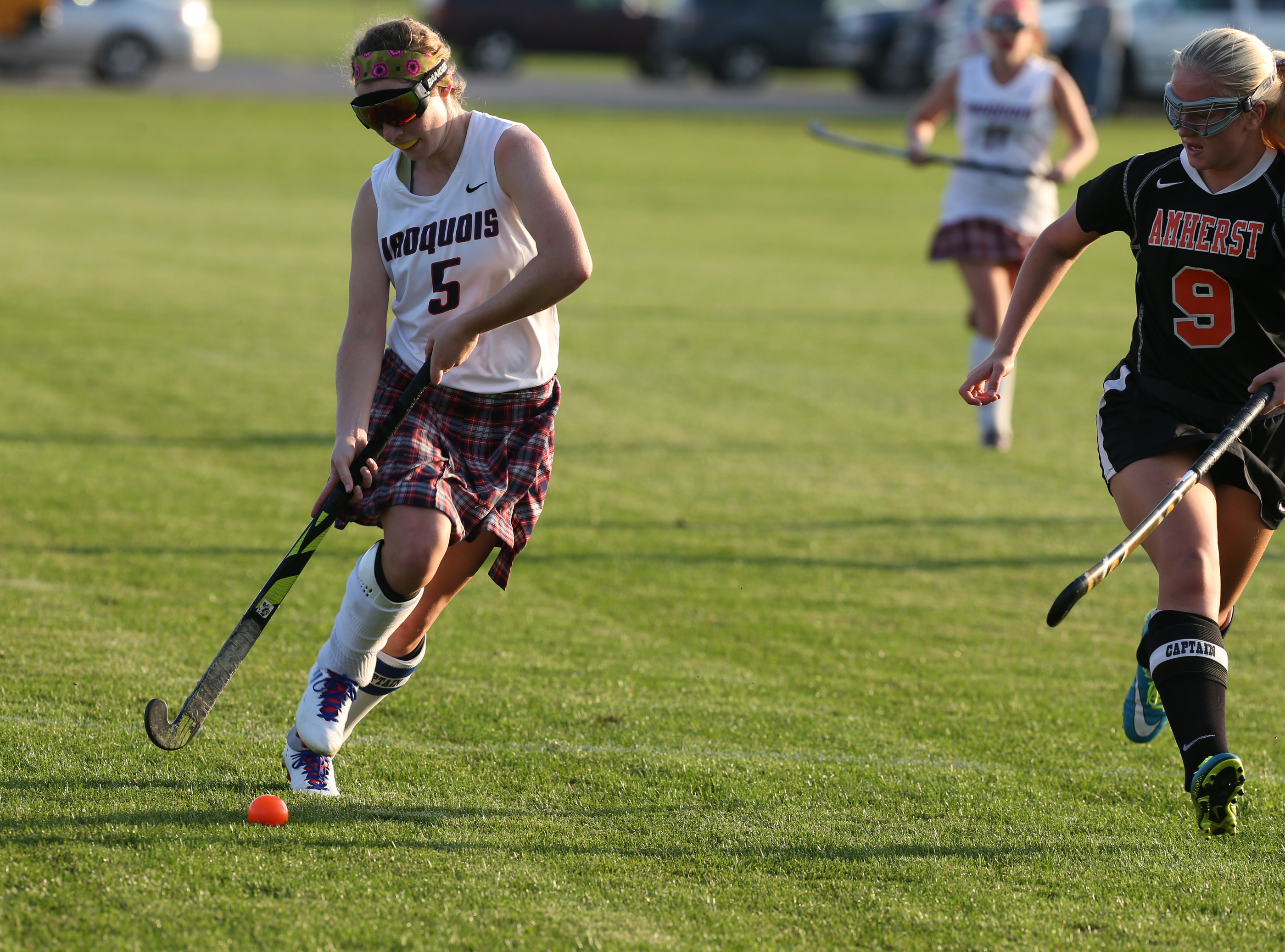 "Tradition - that's why they are all here," the coach said while looking out on his team during practice.

"I didn't know much about it until I played JV," Abraszek said about the team's winning ways. "In modified, I was still learning the game. Then I was so proud to be a part of it."

Tonsoline put parts of his own philosophy in place as a head coach. His teams always attack.

"We've very offensive-minded, extremely so," he said. "My thinking is that the best defense is having the ball at the other end of the field. When you have to rely on holding on to a one-goal lead to win, a bad bounce, a mistake or a fall can happen and the game is gone. I've seen that in ice hockey. Defense wins games, offense wins championships."

This year's team has a particularly balanced offense. Haley Fonfara may lead the Lady Chiefs in goals, but Chantel Gauthier, Samantha Gaglio, Mia D'Amato and Riley DeGrace - among others - have had some big games along the way.

"I think we all work together," Gauthier said. "There's no one that's selfish."

Still, you don't become the top-ranked large school team in all of Western New York without a good defense, and Iroquois has been stingy in its own end thanks in part to some good goaltending. 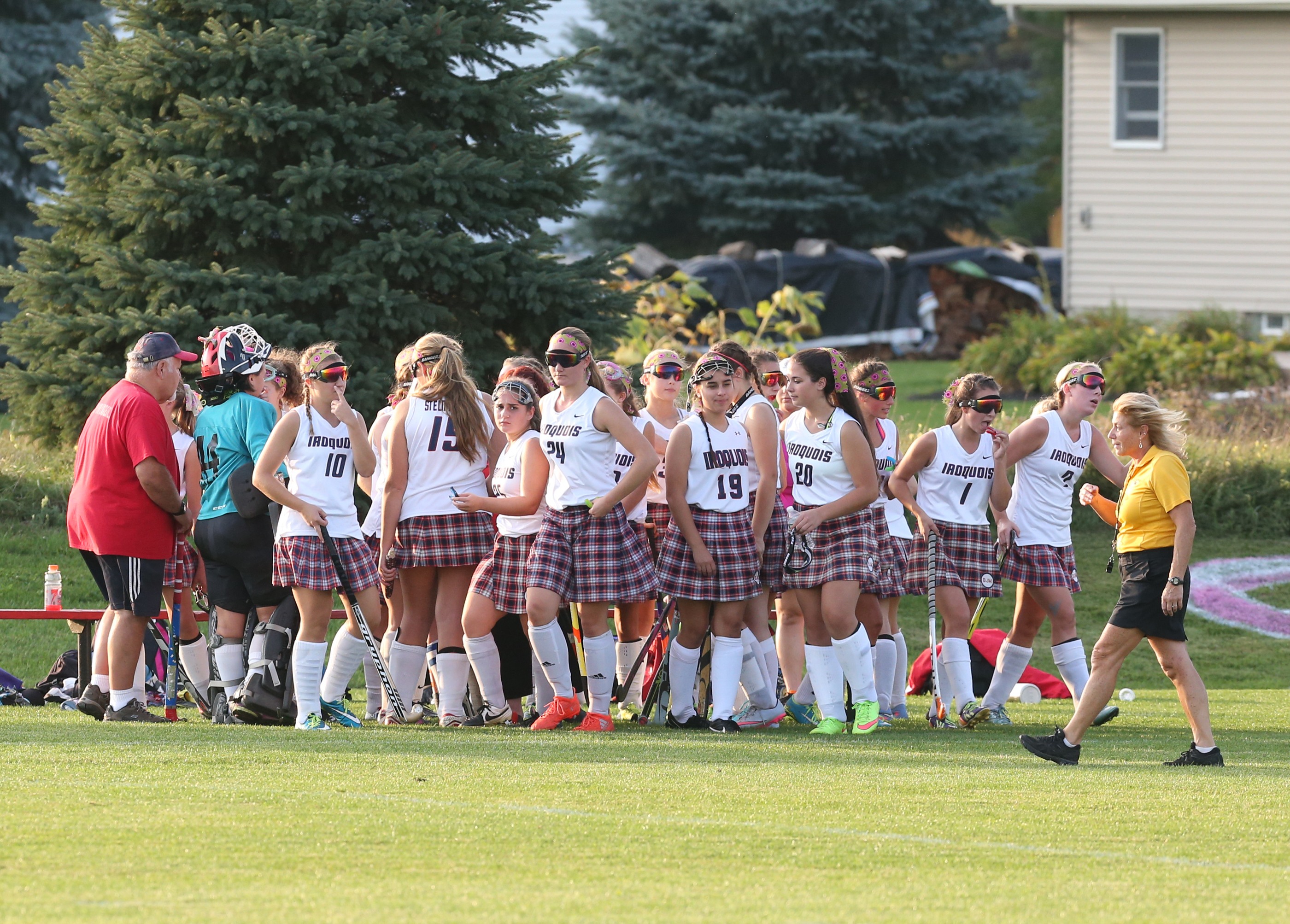 It's all about team. (James P. McCoy/ Buffalo News)

"Abby Greier, a junior, came up from JV, and she's worked very hard," Tonsoline said. "She's been a goalie since seventh grade. You do need goalies to play well. In any sport - lacrosse, hockey, soccer - you don't go far without good goaltending."

Gauthier points out that Greier has had plenty of help, including returning all-Western New York defender Holly Stiller.

"We couldn't do it without them," Gauthier said about the defenders. "They don't get enough credit. They are a rock back there. They are all important."

A dash of confidence doesn't hurt either. Iroquois has several seniors playing key roles on the team - girls who have been teammates since they first picked up a stick. Tonsoline calls them "The Veteran Crew."

"Most of our seniors have been playing together since seventh grade," Abraszek said. "We have great chemistry on and off the field, and it has a lot to do with how we play."

The Lady Chiefs wrapped up the ECIC II title even before Wednesday's game. On Thursday, it will be time for them to turn the page - the postseason begins on Monday.

"It's not very relaxing," Tonsoline said. "It's one-and-out, or one-and-go-on. We've lost the last couple of years to Amherst by a goal - once in double overtime and once in overtime."

Gauthier added about the recent losses in the Section VI playoffs, "Everyone remembers those games, and no one wants to feel like that again."

Iroquois is trying not to look too far down the road. The margin of error usually gets smaller in the postseason. This is no time to get caught up in dreams.

"It's important to keep our heads level and be ready for the challenges that we'll face," Abraszek said. "I think we're really well prepared."

Even so, it's hard not to wonder about how this season will turn out.

"We've gone to the state final four four times - I've gone twice, and I went with Barb twice," Tonsoline said. "We lost in the semifinals each time. Downstate, there are really good players and coaches. But just getting to that point is a privilege.

"There has never been a state championship for a team here. We've had individual state champions, like in wrestling. But we haven't had a team sport do it yet.